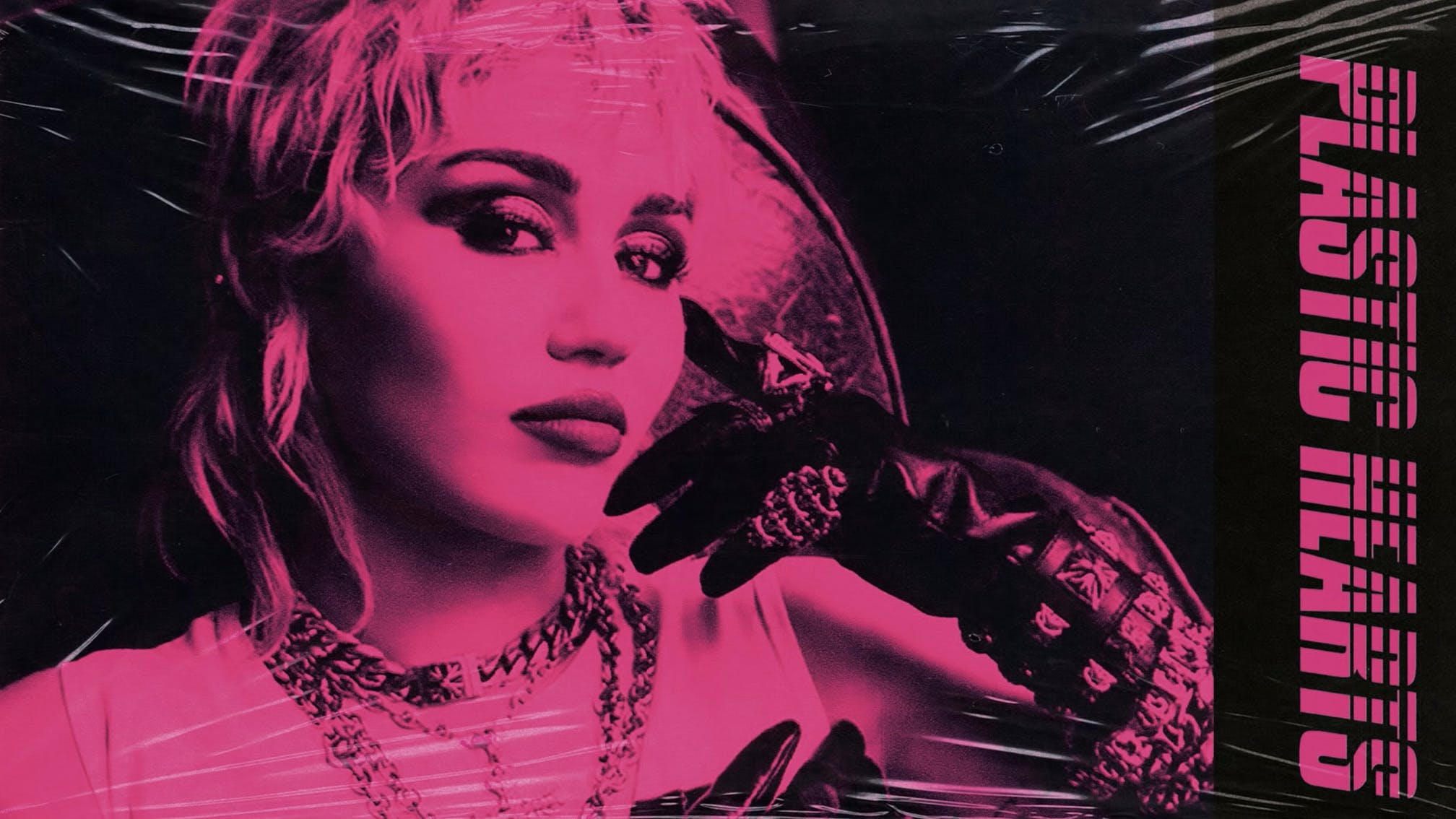 Joan appears on the track Bad Karma, while Billy stars on Night Crawling, and Stevie Nicks guests on the already-released Edge Of Midnight (Midnight Sky Remix). And, as well as these very special guests, the Plastic Hearts artwork was photographed by rock'n'roll snapper Mick Rock – who has worked with Joan in the past, as well as the likes of David Bowie, Lou Reed and Iggy Pop. Big stuff.

Read this: 12 rock songs you probably didn't realise were covers

In 2015, Miley gave the induction speech for Joan Jett into the Rock & Roll Hall Of Fame, describing the honour as "overwhelming". "She's had a career that's decades long," said the pop star (via Paper). "She's been the first to do many things and not just as a woman, but just as a badass babe on the planet."

Miley revealed to Joan that "there isn't one other person on this planet that's been an inspiration to me like you have".

"Joan's music, her activism, who she is. In all of our lives, all of us will experience people who try to tell us who to be and what to be. Fuck those people!" she continued. "Instead of changing for other people, if you don't like how the world is, change it yourself. She made the world evolve, her life and her success is proof that we can self-evolve. I want to thank you for fighting for our freedom, Joan, and I love you so much."

Hear Miley and Joan team up on Bad Karma below:

Read this: Why Miley Cyrus making a Metallica covers album is a good thing

Miley CyrusJoan Jett and the Blackhearts

In conversation with Joan Jett and Taylor Momsen: “Until women control the money, that glass ceiling is still gonna be there”

Before it's even started, Mötley Crüe's reunion tour with Def Leppard, Poison, and Joan Jett has proved profitable.

Motley Crüe's stadium tour with Def Leppard, Poison, and Joan Jett is even bigger than before.

Check out the dates for Mötley Crüe's reunion tour.