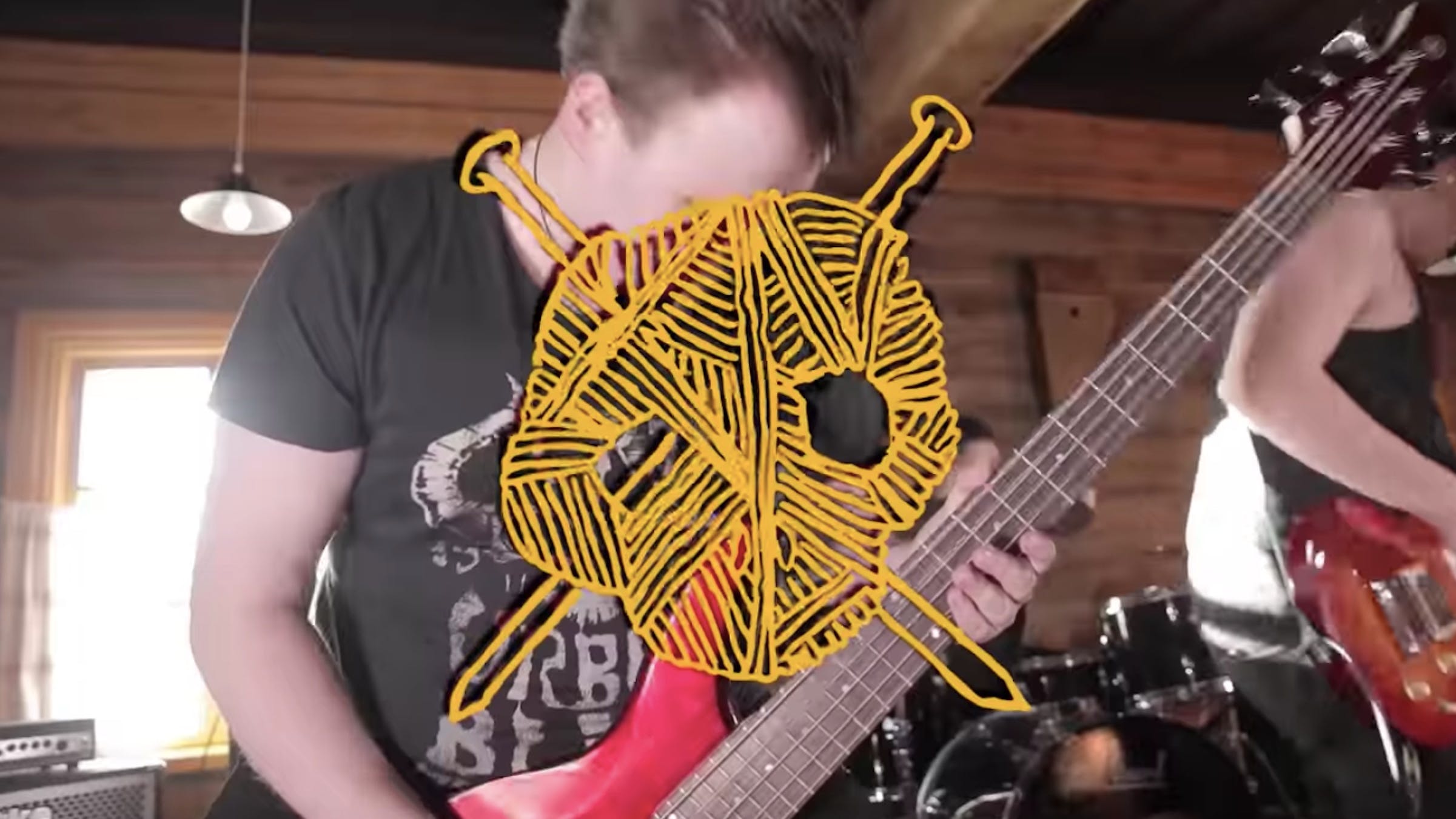 The worlds of aunties and heavy metal will finally collide in -- where else -- Finland this year, as the world's first Heavy Metal Knitting Championship has been announced. The championship will go down on July 11th, 2019, in Joensuu, Finland, with a grand prize of "a hotel weekend in authentic Finnish scenery."

"Finland is the promised land of heavy metal music," says the official website of the contest. "There are 50 heavy metal bands per 100 000 Finnish citizens, which is astonishingly many and actually more than anywhere else in the whole world. The number of needlework enthusiasts is equally high, as according to even the most modest estimates there are hundreds of thousands of people in Finland who are immersed various kinds of needlework crafts, knitting included. What combines them both is the great joy of creativity. When playing guitar as well as knitting stitches it is all about the pleasure of creating something cool with your hands. And – it’s all about the attitude!

"In heavy metal knitting, needlework and music become united like never before. On the same stage, accompanied by a million dollar guitar solo, with hair flowing in the air, there’s heavy metal music and knitting, shaking hands. Knitting to the rhythm of heavy metal music can be compared to playing air guitar – which is a Finnish way to goof around as well. In heavy metal knitting, the knitter becomes a part of the band, showing their best needlework tricks as the heavy riffs echo on the background. The knitter takes part in the jam while their balls of yarn and knitting needles swish through the air..."

To join the contest, one has to download Fight Or Die by Maniac Abductor, the official Heavy Metal Knitting Song, post a video fo your most "compelling heavy metal knitting performance" to YouTube, and send it in.

Watch the trailer for the contest below. Kerrang! is not responsible for any knitting needle-based injuries sustained during entry to this event.