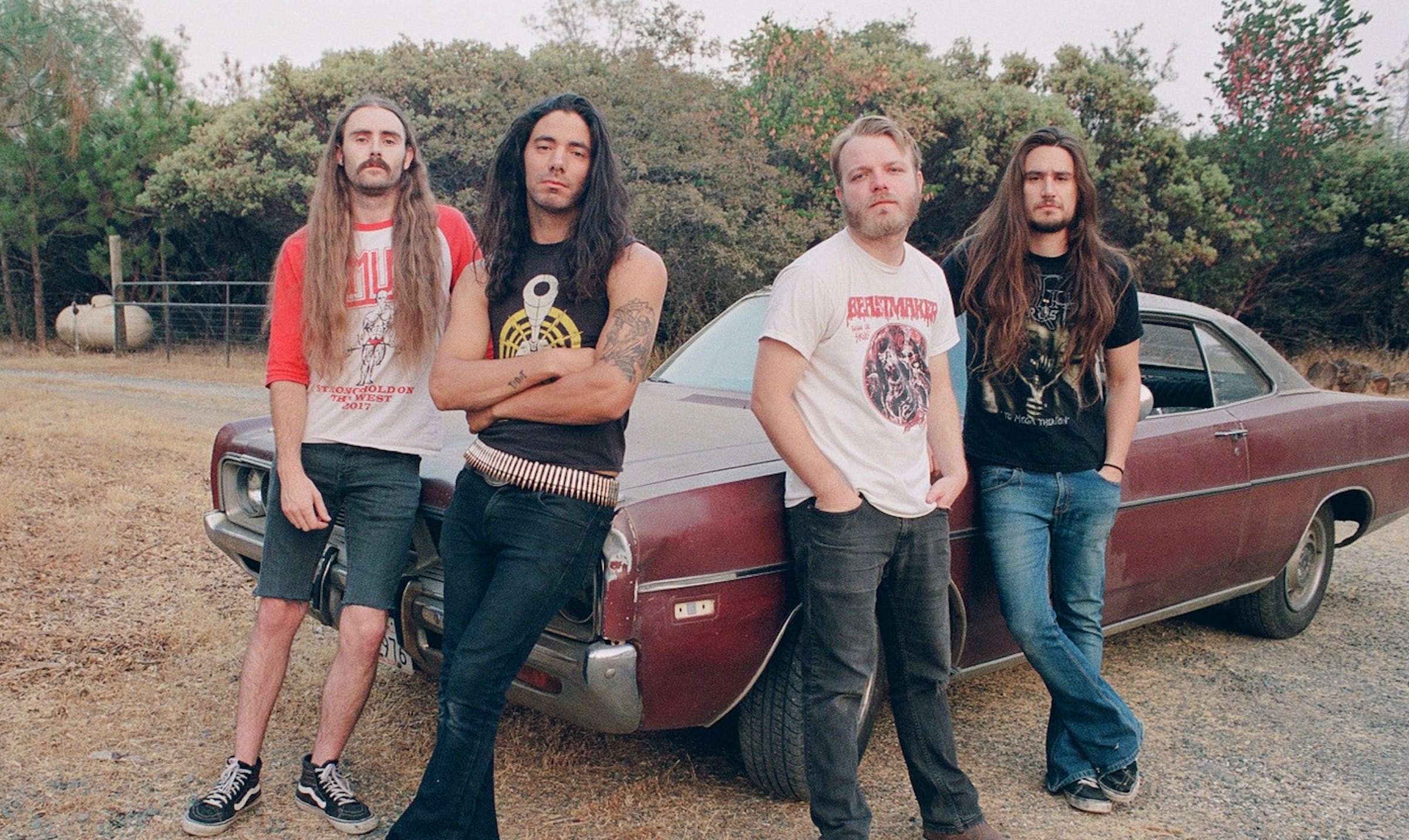 Lots of thrash bands do their best to sound retro, but Hell Fire manage to sound classic. The San Francisco-based four-piece doesn't come off like they're attempting to emulate the bands of the early-to-mid-'80s so much as their chuggy, infectious sound channels the things that made that era exciting in the first place. More so, Hell Fire walk the thin line that is speed metal, adding extra momentum to classic heavy metal riffs rather than going hard on punk's aggression and misanthropy, which puts them in the same category as rare acts like Raven and Exciter.

The title track from the band's upcoming new album, Mania, is a perfect example of this approach. The song is mid-paced for thrash but fast for traditional heavy metal; it has all the chugging stomp of a band like Anthrax, but still goes hard on the gravitas and grandiosity of early Maiden and Saxon. The result is traditional heavy metal with a kick in the ass, that doesn't need to add on a lot of canned angst to get heads banging and fists pumping.

In the words of guitarist/vocalist Jake Nunn, “Thematically, everything on the album comes from personal experiences...From the highs of partying together out here in Oakland, or the nostalgia of being a kid learning Zeppelin on a beat up guitar, to the extreme lows of isolation, personal trauma, and mental illness. Sonically we want our records to sound like you're standing in front of the stage at a show. The power of Marshall stacks in front of your face, drums at your ear level, thunder of the bass and feeling the presence of the room.”

Check out Hell Fire's Mania below:

Check out the badass cover for Mania:

And make sure to rock your bulletbelt at one of Hell Fire's live shows below: