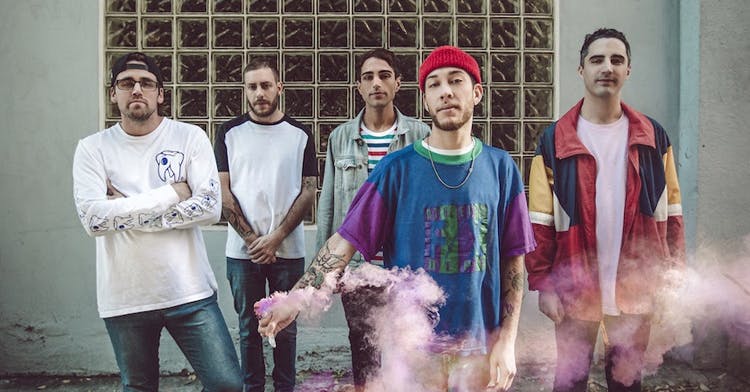 Hellions have released a new double-single – 24 featuring Josh Franceschi, and a cover of Green Day’s Jesus Of Suburbia, which was originally recorded for our American Superhits! tribute CD.

“When the lads asked me to sing on the track I was more than game as I love what the song is about and the meaning behind it,” says the You Me At Six frontman. “They are all great lads and it was a pleasure to be part of it.”

“24 deals with the importance of being oneself, detailing the struggles of maintaining grace and patience in times of tumult,” adds Hellions guitarist Matt Gravolin. “Josh added a new dimension to the song with his performance and to watch him do so was awe-inspiring, especially after spinning YMAS single Give and eventually the entirety of their latest record Night People repeatedly during the preceding weeks. We’re ecstatic to have been invited to share the stage with the boys in September and we’re counting down the days!”

Stream both singles below, and get them at this link. Let us know what you think in the comments!