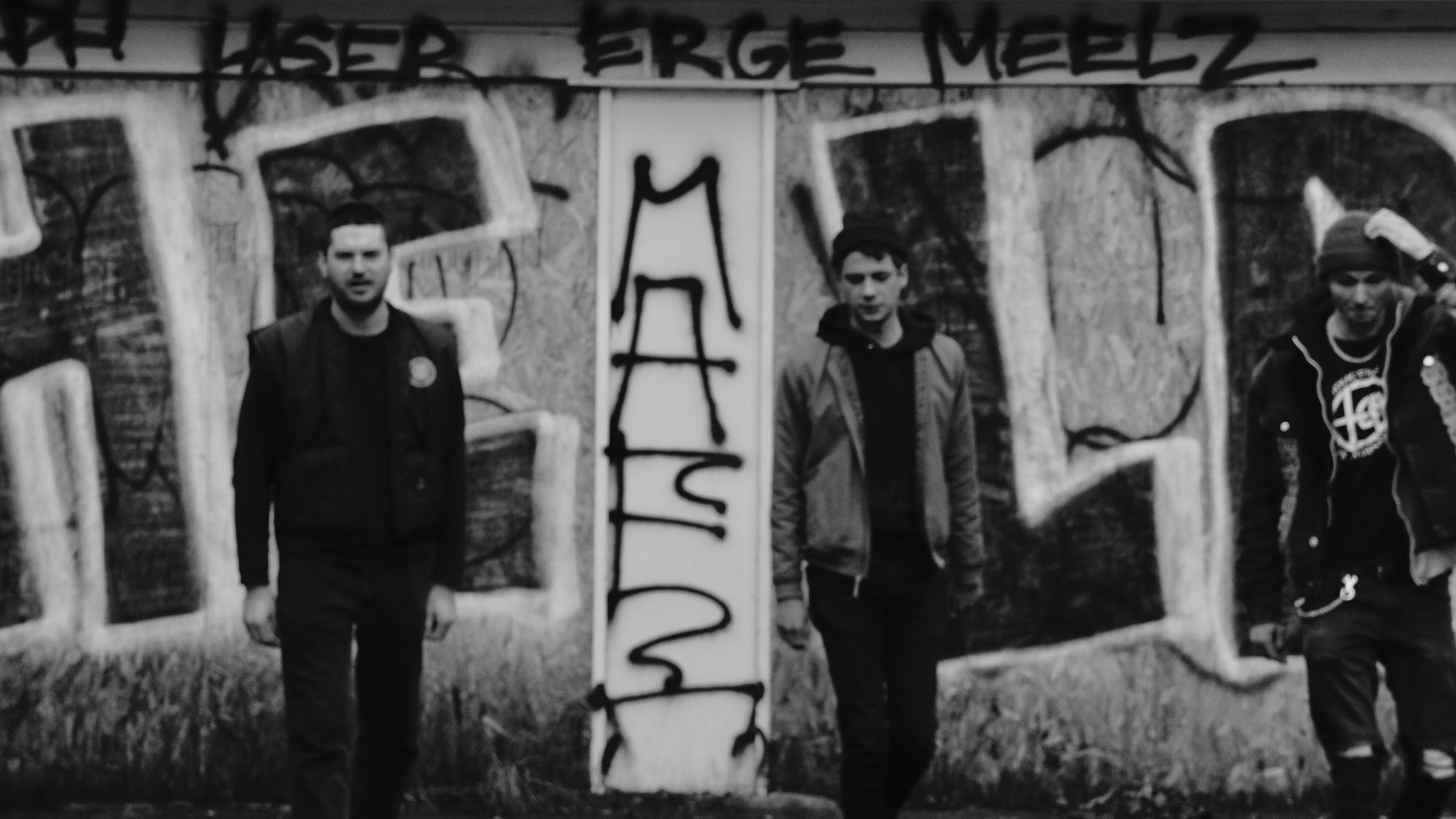 The best new punk band on Earth -- or, at least, recently voted best new band in Portland, Oregon -- is made up of three veterans of Portland’s well-known indie-pop/rock scene.

They’re called Help, and when they tear into one of their throat-shredding, veins-bulging, shirt-soaking hardcore songs, they tend to elicit widened eyes from even their closest friends.

“I’ve gotten a very positive response from people and a lot of just like, ‘Welp, I didn’t see this one coming. This is cool. Nice work, dude,’” says guitarist and vocalist Ryan Neighbors. “If you didn’t know me...when I was playing in punk bands, you wouldn’t really know that I would scream and play guitar.”

In fact, go ahead and count the other two band members among the surprised.

Here, bassist Boone Howard interjects: “That was definitely a moment for me. I was vaguely familiar with some of Ryan’s [punk past] and his weirdo shit, and I’ve heard him yell, like, outside on the porch. But as soon as he started singing I was like, ‘Oh yeah, that’s it right there.’”

All of those reactions only work, really, if you know Ryan spent five years in Portland-based psych-rock band Portugal. The Man, who scored a huge hit (and a Grammy) with their song Feel It Still in 2017. He also makes electronic music under the name Hustle & Drone, which is presumably what Boone was referring to as “weirdo shit.”

Boone spent the first part of the 2000s in an off-kilter indie band called The We Shared Milk before setting off on his own solo career making blissful psych-pop. And Bim is best known as the drummer for DIY rabble-rousers And And And, unless his burgeoning political career is now more famous than his band. (“This Punk Named Bim Is Running for Mayor of Portland” wrote VICE in late 2015.)

The three of them have known each other for 10-ish years, they said, but none had really considered starting a band together until they were all at a show by the Canadian noise-rock band METZ and, as Ryan said, a light bulb went off.

“We were like, ‘Oh man, we should start a band like this,’” he says. “And we all agreed and chatted about it for a few months and then finally got together about two years ago and started practicing. It didn’t take long for things to click.”

“Help, I fucking need it,” Ryan sings through a mouth full of gravel and thumb tacks. “You know I’ve battled but it’s all I can take.”

The rest of the Help EP follows suit, exploring an extremely 2019 make of anxiety, inequality, disillusionment, exhaustion and hope through a chaotic swirl of squealing feedback, guitar crunch and thunderous low end. If Help is Help’s theme song, then the EP’s final track, Class War Now is a call to arms aimed at not one particular side of the aisle or segment of the population, but whoever’s listening.

“When I look back at the songs we’ve written and recorded, I think we’ve said exactly what we meant to say. That’s not why we started the band, but it all comes together,” Ryan says. “I think the message can resonate with a lot of different people, which was not the goal, but it kind of ended up working that was with the current state of affairs.”

Indeed, there is nothing in Help’s makeup that’s inclined to write an explicitly anti-Trump missive. Instead, Ryan, Boone, and Bim are focused on delivering their music to the people, and then seeing what happens.

“I think a lot of people are feeling a certain way right now and it might be useful to feel that way together,” Bim says. “That’s the thing I think is cool about music, not when it narrows the group but when it broadens it. And when it can be the kind of music that I happen to love, then that’s great. If I can see it blast out there and touch people, that’s cool.”

And here’s the thing: These three guys have lived enough life and been in enough bands to know that the quickest way to build community is to let others in. In other words, it’s no mistake that the first words out of Ryan’s mouth on the EP are literally a cry -- OK, a growl -- for help.

“It can be meaningful for a listener when an artist is super vulnerable,” Ryan says. “I think it stands out for other people and, honestly, for us in the band when we put ourselves in that position.”

Ryan doesn’t speak for the other two, of course; they can do that on their own. And when they do, the consistency of philosophy that runs through Help surfaces in a way that is real and vibrant and encouraging.

“I like the idea of being totally exposed, and those lyrics are totally exposed. Here’s a raw feeling, and you can do with it what you want,” Bim says. “That’s fuckin’ punk, to be vulnerable, really. The rest of it is just a costume.”

Says Boone: “I don’t think I’d like playing in a punk band with posturing, meaningless lyrics. The fact that Ryan is screaming these completely open and honest sentiments and not hiding anything the reason I like playing in the band.”

In other words, don’t expect to see Help playing the tough-guy role on stage anytime soon.

“Yeah,” Boone says, “there’s been enough of that already.”

Hear the Stunning Debut From Portland's Glory In The Shadows Now