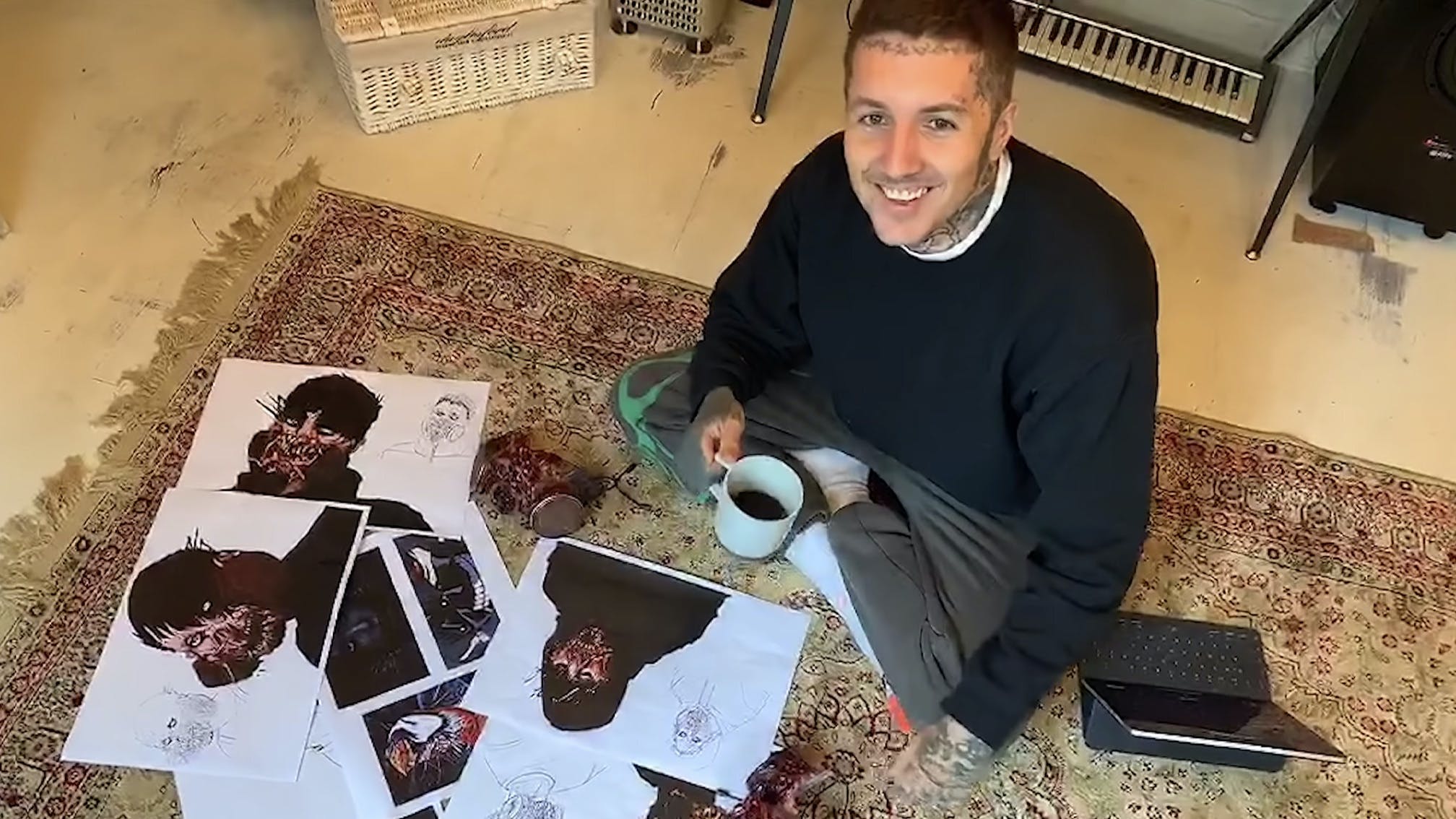 Following the release of their explosive new single Parasite Eve, Bring Me The Horizon have shared a really insightful making-of look into its accompanying music video.

As frontman Oli Sykes explains at the start of the clip, creating the visuals for Parasite Eve wasn't an easy task while four members of the band were in a locked-down UK, and bassist Matt Kean was in Los Angeles. On top of that, they had social distancing and keeping a six-foot gap between each other to contend with. Still, they stepped up to the challenge while also realising that they're more than capable of a more DIY approach these days.

“One thing lockdown has proven to us is that we can make shit happen with a lot less resources than we actually need,” Oli explains. “I’m not even going to tell how much our last video for Ludens cost, but it was fucking crazy.”

Read this: Oli Sykes: “I've realised that what Bring Me The Horizon do is special, and we shouldn't lose everything”

He adds that he found inspiration from nu-metal, characters from comic books (Venom) and anime (Tokyo Ghoul), as well as “a really sick game called Hellblade” and an unreleased film titled The Inferno Unseen.

“Aesthetically, one of the main inspirations I drew from was actually an unreleased film called The Inferno Unseen by Henri-Georges Clouzot,” he reveals. “Even though the film was never properly released, some of the excerpts from that film are really sick in terms of the colours and the lighting [and] just the effects. It’s just so dream-like and haunting. We really want to try and create something in a similar vein to that for this music video.”

Parasite Eve is the first track from an upcoming series of EPs from Horizon, with Oli previously revealing that they want to make “four different records over the next year”.

“This song is going to be part of a record that has the same feel along with [2019 single] Ludens,” he said. “We’ve just been winging it and recording from lockdown, and now we’re going to make four different records over the next year and they’ll all share the name Post Human.”

And here's the final result, if you're yet to see it: