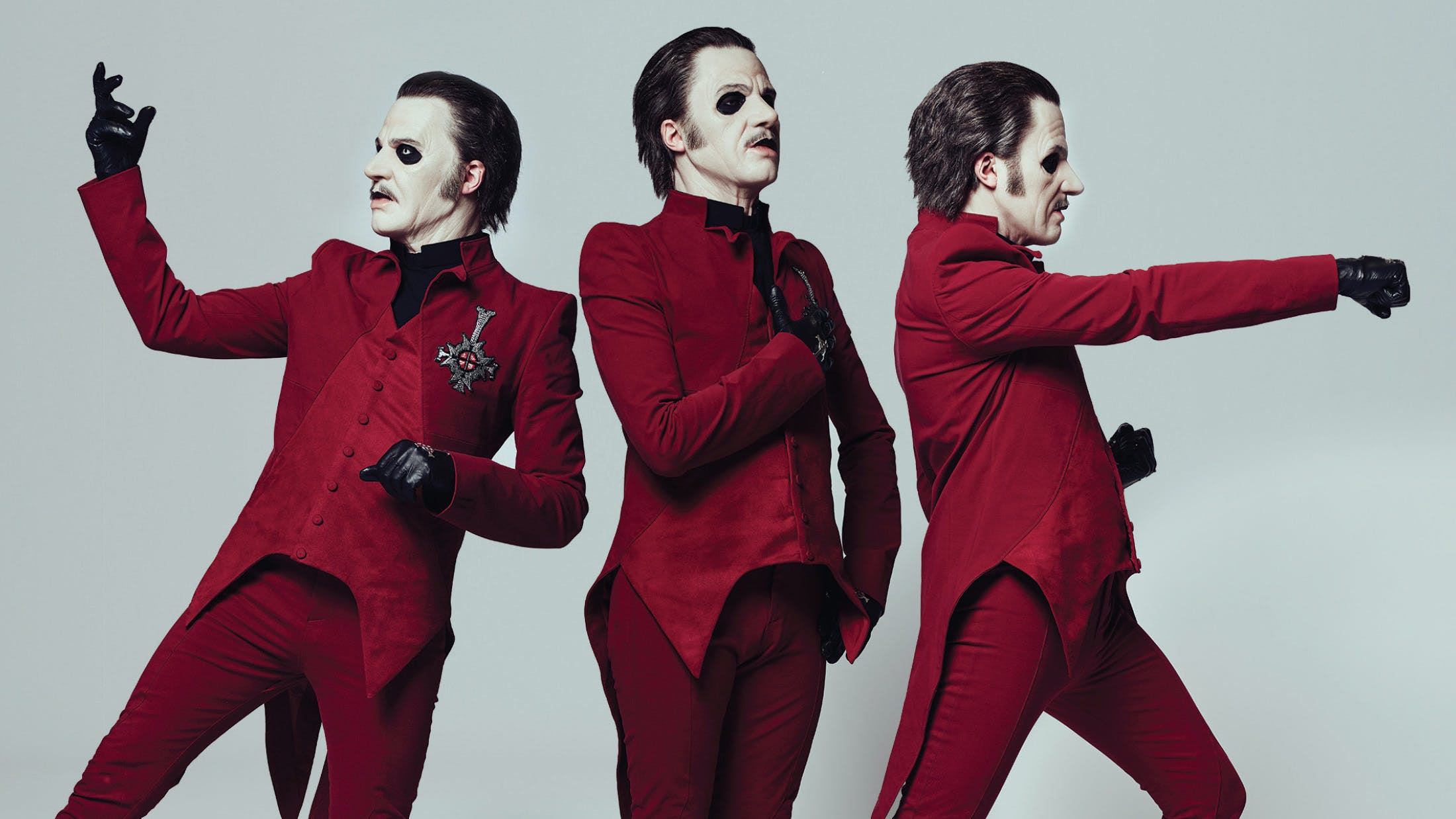 You might think that fronting an occult-obsessed arena-rock band means you're not all that bothered about Christmas, but that's certainly not the case for Ghost mainman Tobias Forge.

Speaking to Kerrang! ahead of the holidays, it turns out Tobias (aka Cardinal Copia, aka Papa Emeritus I-III, aka whatever comes next) is a big fan of Christmas and all the movie traditions that come along with it.

"I have two kids, and they were born on Christmas Eve, so Christmas is a big thing in our house," says Tobias. "We’re not religious, but we do it really full-on. I actually really love Christmas. It’s very cosy, which is nice. I feel like I’ve earned it this year, too. We always have the TV blasting classic movies like Ben-Hur and The Ten Commandments around Christmas time.”

READ THIS: The Next Chapter: Tobias Forge and the future of Ghost

Sounds pretty good if you ask us. Who doesn't love chilling with your family, watching classic movies, and getting all cosy?

"I’m usually a little bit more festive when I’m at home and with my friends. I’ve really lessened my on-tour debauchery, and I really don’t party much at all on tour. So I make up for that when I’m with my wife and our friends," Tobias continues.

"I’m too much of a control freak when I’m on tour. When I was a teenager and in my 20s, it was mayhem – but now I’m older, I get tired just thinking about hangovers! In old bands I was in, we used to play fucking slaughtered, so we’d do shitty shows. But Ghost can’t work like that. I want to be really good for the crowd who have paid money to see us. There’s very little wiggle room for shit like that.”

Christmas might be a time to relax and reflect, but Tobias won't be taking too much time off. Previously saying that Ghost won't be touring in 2020, he will be using the next 12 months to work on the follow-up to 2018's Prequelle, which will include Papa Emeritus IV.