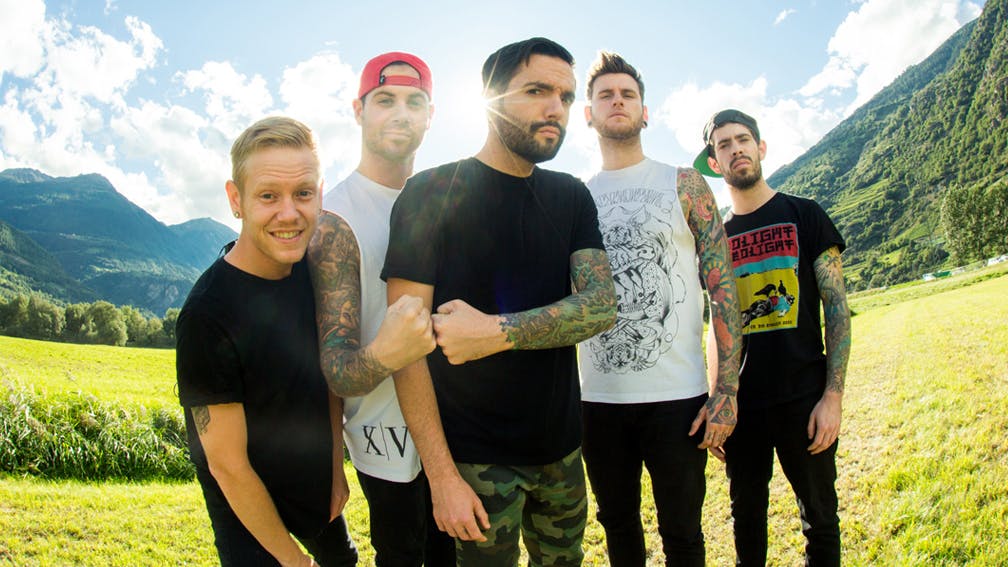 Having "come out of hibernation" for their first show since July 2018, A Day To Remember returned to the live circuit for Festival Pa'l Norte 2019 at Parque Fundidora in Monterrey, Mexico on March 23.

The Ocala pop-punks eased themselves back into what will be a busy year of touring with a 13-song set absolutely jam-packed with bangers – from opener The Downfall Of Us All through to the likes of Right Back At It Again, All I Want and set-closer The Plot To Bomb The Panhandle. Interestingly, the band only played one track from their most recent album Bad Vibrations – explosive lead single Paranoia – which is surprising given the full-length's positive reviews and commercial success since its 2016 release (debuting at Number Two in the U.S. charts, and Number One in Australia).

Now the band have some more downtime until their Raisin' Hell In The Heartland Tour with Knocked Loose and Boston Manor kicks off in May and hits America throughout June. A Day To Remember will then be back in the UK this August for Reading & Leeds, sub-headlining to the one and only Foo Fighters. Will we be able to hear some new music by then? Let's hope so…

Anyway, ADTR's setlist on the night at Festival Pa'l Norte 2019 was as follows:

Frontman Jeremy McKinnon said afterwards: "Thank you Monterrey for an amazing night. It feels good to be back."

Catch A Day To Remember live at the following…

And check out the full Reading & Leeds line-up below.

Bring Me The Horizon announce 2022 Euro tour with ADTR, Poorstacy and Lorna Shore

Bring Me The Horizon are taking Post Human to Europe early next year with A Day To Remember, Poorstacy and Lorna Shore!