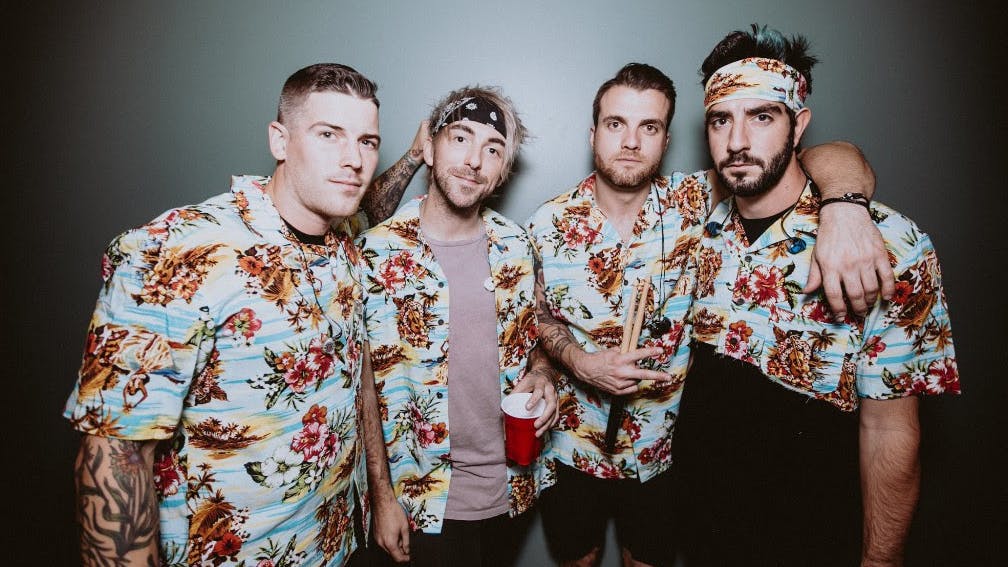 All Time Low have had a whirlwind couple of years since the release of 2017's Last Young Renegade album, and in 2019 they'll finally be putting their feet up for a little while.

Aside from headlining Slam Dunk Festival in the UK this coming May, the Baltimore pop-punks have absolutely nothing else on their collective calendar – and frontman Alex Gaskarth is seemingly pretty relieved at the prospect.

“We’re taking a bit of a break,” he tells Kerrang! of the band's plans for the year. “For the last couple of records, we’ve done two-year-long cycles. With Last Young Renegade, it was winding down in the first half of 2018, but then we decided to put out [non-album singles] Birthday and Everything Is Fine, which revitalised that campaign and led to more dates on the calendar. That meant another six months was tacked on to what had already been a full album cycle. For us, it feels too soon to be properly thinking about the next record – I need to sleep for at least a fortnight straight! We need to figure out what’s next and what All Time Low should be doing going forward.”

But fear not: while the guys are still mapping out their next steps, Alex is still very much open to other projects away from All Time Low.

“I definitely won’t be stepping back from music, that’s for sure,” he enthuses. “I’m looking to do more outside writing for other bands. I’ve been passionate about that for years now, but with All Time Low being what it is, it’s hard to find the time I need to dedicate to it. I’ll be making myself available in 2019 to anyone who wants to write with me, so people should definitely keep an eye out for what I’m up to. There’ll be stuff going on.”

Catch All Time Low headlining Slam Dunk at the following:

Grab your tickets and see more info at Slamdunkfestival.com, and check out the rest of the line-up below.