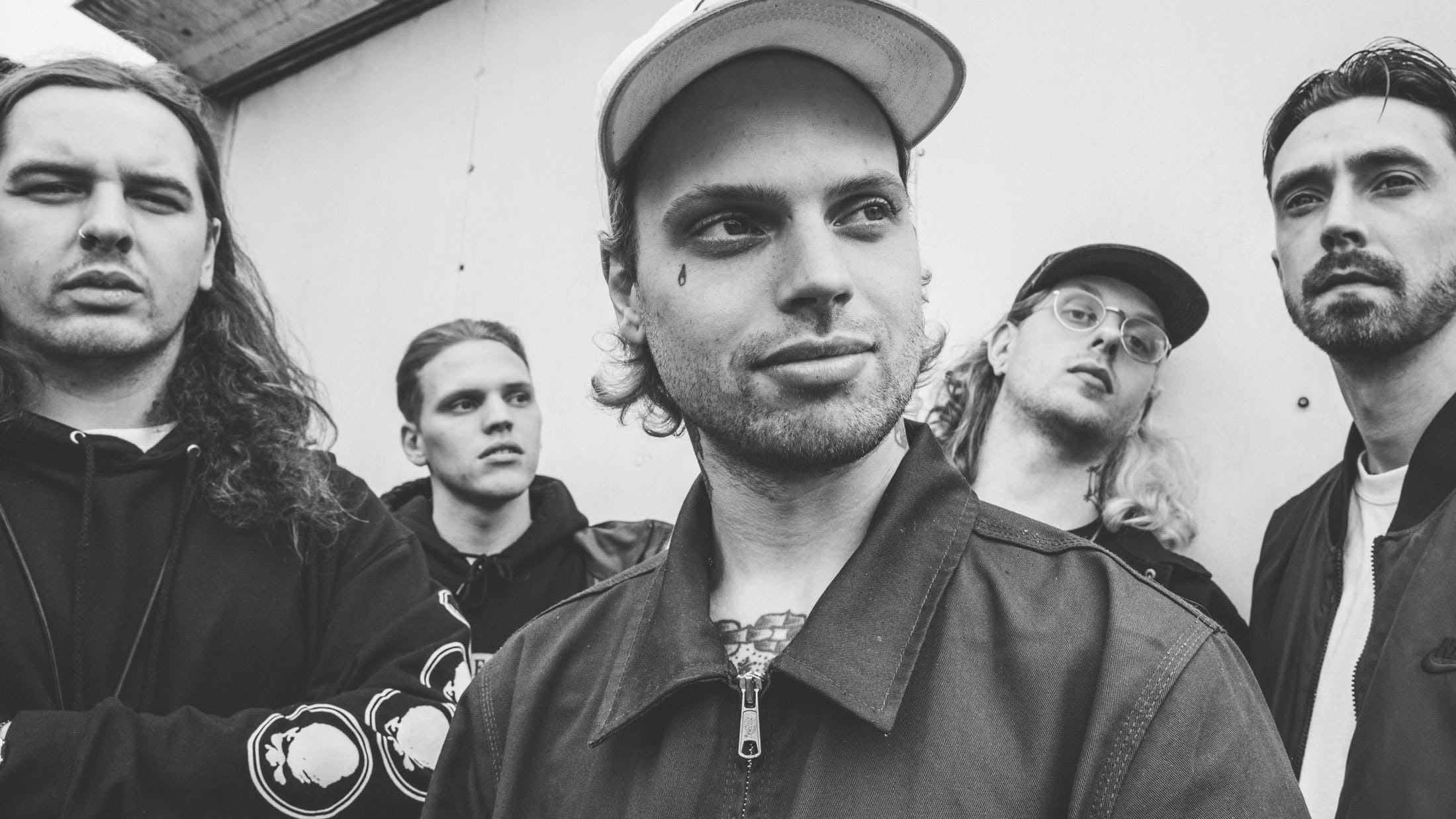 The band have signed to Roadrunner Records for the follow-up to their debut album Soul Structure, and have released the opening track Seamless as a taste of what's to come.

"Seamless was one of the last songs we wrote for the record," says vocalist Jimmy Wizard. "It came together so naturally, we knew from the moment we wrote it that it was going to be the first song we release. It perfectly encapsulates everything the record is about in a short catchy heavy song."

Listen to the new track below.

We caught up with Jimmy to talk about their upcoming record and what fans can expect.

Where did the album title 27 Miles Underwater come from?
"It’s based on the seven year cycle theory that says every seven years we essentially become new people, because in that time, every cell in your body has been replaced by a new cell. I realised every song I wrote about a relationship that ended, or person I grew apart from, started when I was 20 and ended when I was 27. I felt like I had become a completely different person in this one year of being 27. I made so many big changes to my life and the seven year cycle started to make sense to me. I already had some lyrics written that used the metaphor of being underwater for being inside your own head, so it just came together like that. It made so much sense for what the album was about to me."

How does it feel to sign to Roadrunner Records?
"Kinda crazy. Things have always progressed very quickly with Higher Power. We basically started a relationship with them when Soul Structure came out – at that point we had only been a band for two years – and signed not long after Soul Structure actually came out. I definitely didn’t feel ready to be signed to a major label at that point, we've always just been thrown in at the deep end. We've all been huge fans of Roadrunner since we knew what this music was, so obviously we weren’t turning that deal down. They gave us all the time we needed to make this record as good as we knew it needed to be. Working with them so far has been a dream."

How does the new album compare to Soul Structure?
"Soul Structure was very rushed. We went into the studio with some songs, but only Alex (drums) and Louis (guitar) and I actually knew certain songs, and only I knew what the vocals ideas were. But 27 Miles Underwater is a full band record where we all played our parts, we're all there at every stage of writing. We knew what we wanted it to sound like before we recorded it. It’s a record where everyone put everything they had into being the best they could be at that moment in time, in order to make the best record we could together. We all learned so much making this record; we progressed at our instruments as well as people. That's not to say Soul Structure is a bad record, but it wasn’t a record made by a band that knew what they had or what they were doing yet. In a lot of ways we still don’t, but this record is definitely a huge progression for us."

How has the band evolved between the two records?
"Like I said, we became more focused on becoming better at what we're doing and becoming better songwriters. Higher Power has always had a lot of hype, but now I think we have the songs and live show to stand up to that hype through playing together, touring non-stop and really trying to learn from our mistakes."

What can fans expect from the new record?
"A collection of 11 songs we literally gave up everything to make a reality, and put everything we had into making. We all lost jobs, relationships, even homes to do this and make the best and most honest album we could."

27 Miles Underwater is available to pre-order now from Roadrunner Records.

From Koyo to Pest Control: Higher Power’s Jimmy Wizard on the new bands you need to hear now