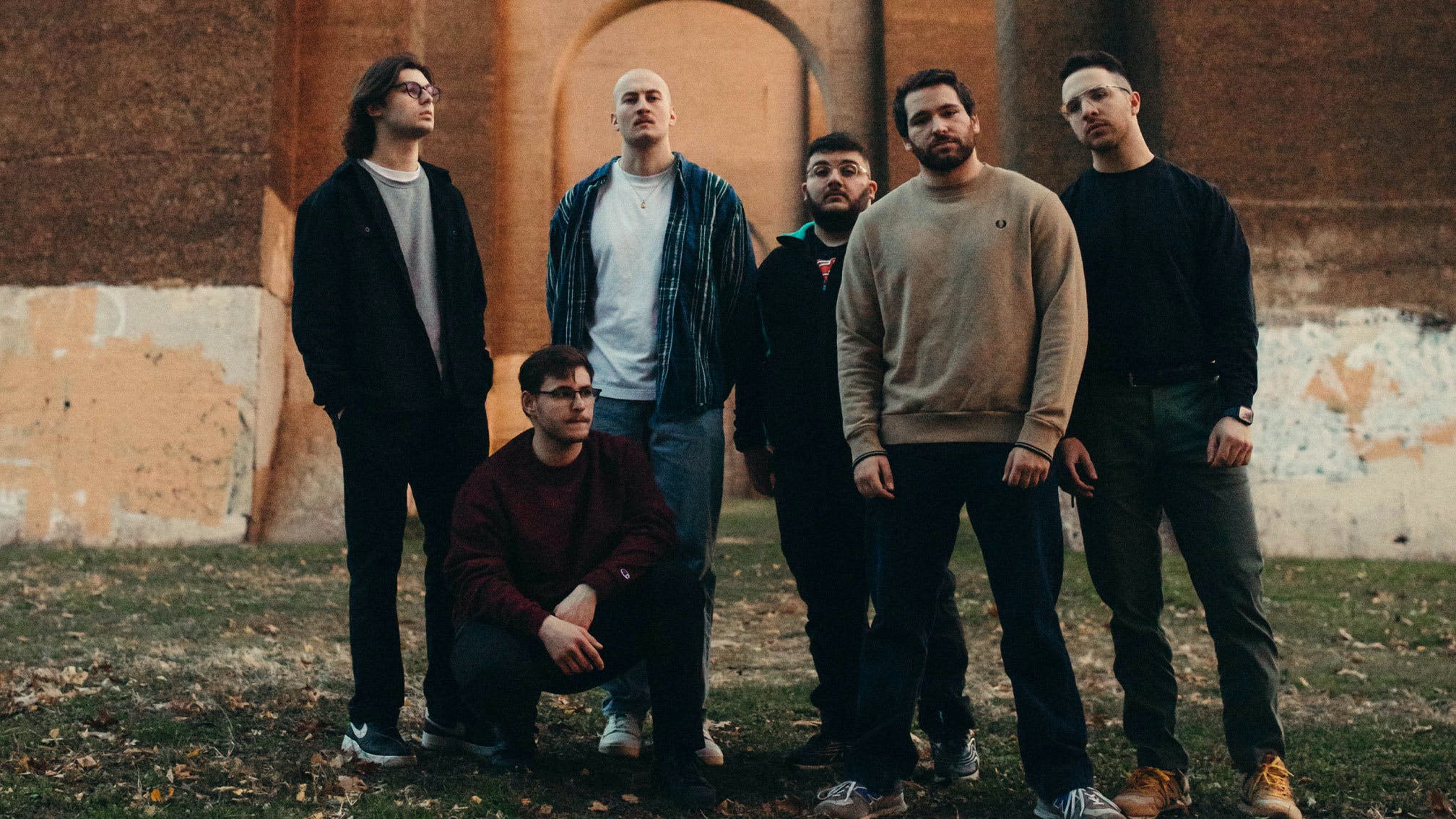 I always get a buzz out of discovering new music, although I’m always finding old new music as well. I love discovering side-projects I didn’t know existed, and if I get into a band I always research all the offshoots and the members’ former bands. If something has a good melody it will draw me in but there’s nothing specific I’m looking for. I’m open to all genres of music, as long as it’s good and has something to grab me.

A new band I think everyone should hear, who I don’t think many actually will have yet outside our little hardcore world is this lot. I’m just obsessed with the Long Island punk and hardcore scene. I’m a huge Glassjaw and Silent Majority fan and that whole sound and all the bands that came from it is my favourite regional scene. We met the singer Joey [Chiaramonte] when he was tour managing and doing merch with Vein.fm when we toured with them. Since then he’s started this band with another friend of ours, Harold [Griffin], who’s from another band called Hangman. It’s that classic Long Island sound that I love but they’ve made it their own thing. It doesn’t sound like a rehash, it’s got such a great energy and they’re a band I think everyone should check out.

We toured with them but before that my good friend Ben from No Warning hit me up and said, ‘You’re going to fucking love this band you’re touring with, they’re really fucking cool and they’re everything you love.’ He was dead right and they’re influenced by a lot of the things that Higher Power are influenced by. They’re just so good. They sent me a mix of their new songs and they’re all incredible. It’s like all the best parts of the ’90s but not a replica. Again, they’re not rehashing. You can definitely tell that’s where their influence comes from but they make it into something exciting and cool with really good songs.

They’re a local band and they’re a sort of crossover band with thrash and hardcore. They’re probably my favourite local band at the moment. They’ve all been in other bands from the Leeds area but this is the one that stands out for me. The singer Leah has a mean voice on her, she’s got a real sick scheme. It’s not often I listen to a lot of crossover or thrash to be honest but Pest Control definitely hit the spot.

They’re a band my brother [Alex Wizard], who also plays drums in Higher Power, is in, along with Louis [Hardy] who used to play guitar with us. They’ve only ever done a four-track demo but they played me some new songs they’ve been kicking around with and they just sound very fucking cool. It’s kind of death metal-influenced hardcore with a lot of double-bass pedal and a lot of crazy, groovy riffs. They’re definitely ones to watch out for.

This is one of those bands I discovered that I couldn’t believe I hadn’t heard before. It’s a side project of Kenny Vasoli from The Starting Line, and I always liked the later Starting Line albums after they got a bit more mature. I was actually listening to a podcast that had a little loop from a song in between segments. It had a cool little piano bit and a melody in it and at the end of the show they said it was by Person L. I’d never heard of this side-project before but I got really into it. It’s quite jazzy and really interesting.

Read this: Higher Power: “We are freaks. We are weirdos. Let’s embrace it!”