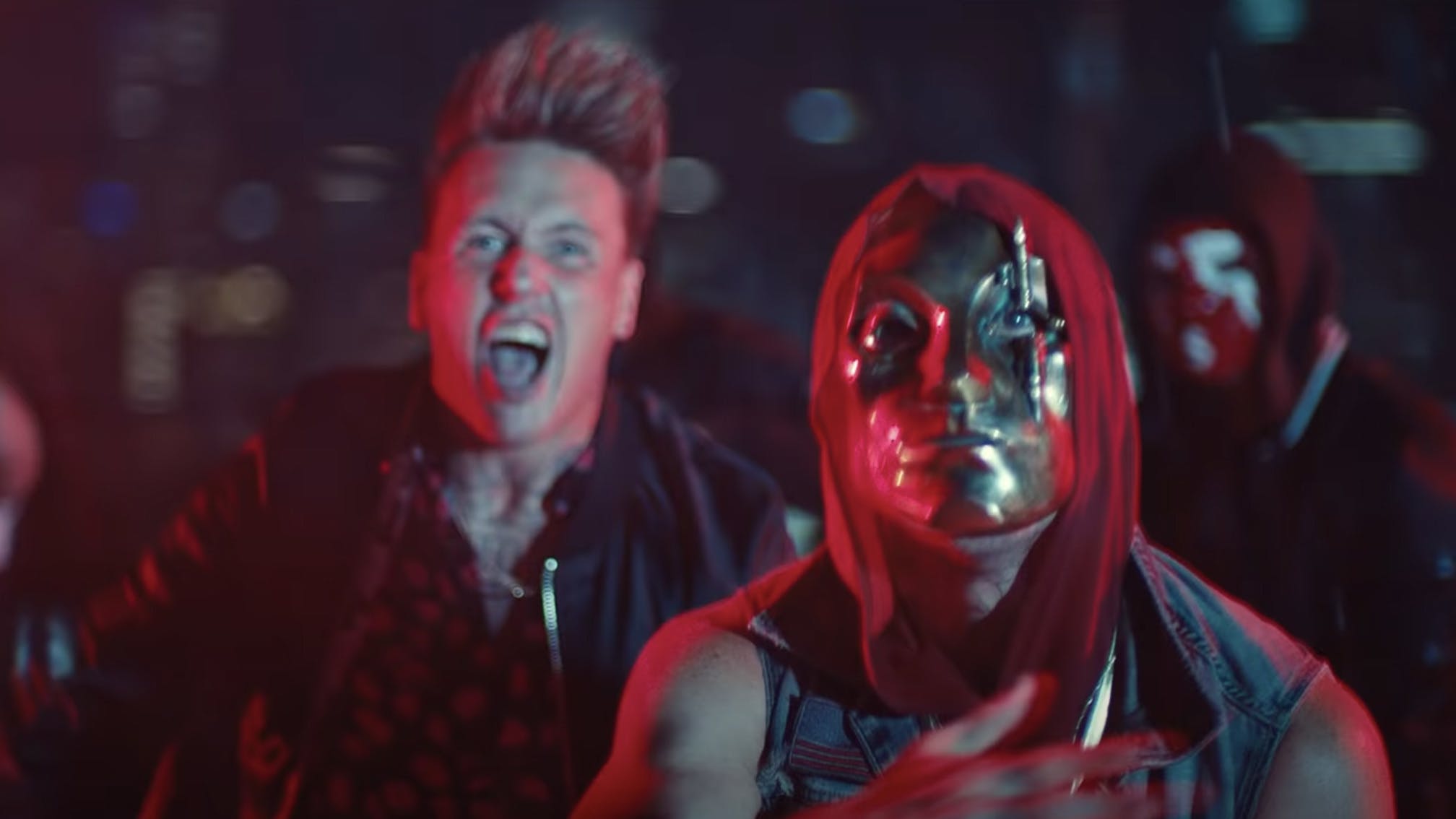 If you’re getting one guest in for your new song, why not two? Presumably that’s how it went when U.S. rap-metallers Hollywood Undead were thinking of ideas for their new song, Heart Of A Champion. So, rather than flip a coin to pick between Papa Roach’s Jacoby Shaddix and Spencer Charnas from Ice Nine Kills, they got both. Crazy.

“Heart Of A Champion is about digging in deep when things appear at their worst,” explains HU mainman Johnny 3 Tears. “Finding the strength to overcome any and all odds against you.”

As for Jacoby Shaddix, the single and video was a chance for a reunion with their old touring mates.

“As soon as Johnny and Charlie and the boys floated the idea, we were in,” he says. “The video shoot was like a reunion too – last time we all saw each other we were blowing the doors off a show in Germany seven months ago."

“I’ve always been a fan of Hollywood Undead and when we toured together this past winter we hit it off immediately,” adds Spencer Charnas. “It’s an honour to be part of such a strong song and having Jacoby on it as well is just the icing on the god damn cake.”

Watch Heart Of A Champion below:

Speaking on the new album, the band explain how, following the dismantling of the world as they seet it on Part I, the second instalment is about rebuilding.

“New Empire began with the deconstruction of the society we live in today, taking it apart piece by piece,” says Johnny 3 Tears. “New Empire will end with reimagining a new world. The bell will be tolled signalling the end and ultimately the beginning of a brave new world."

Read this: Gangs, guns and graffiti: Hollywood Undead are one of rap-rock's true survivors