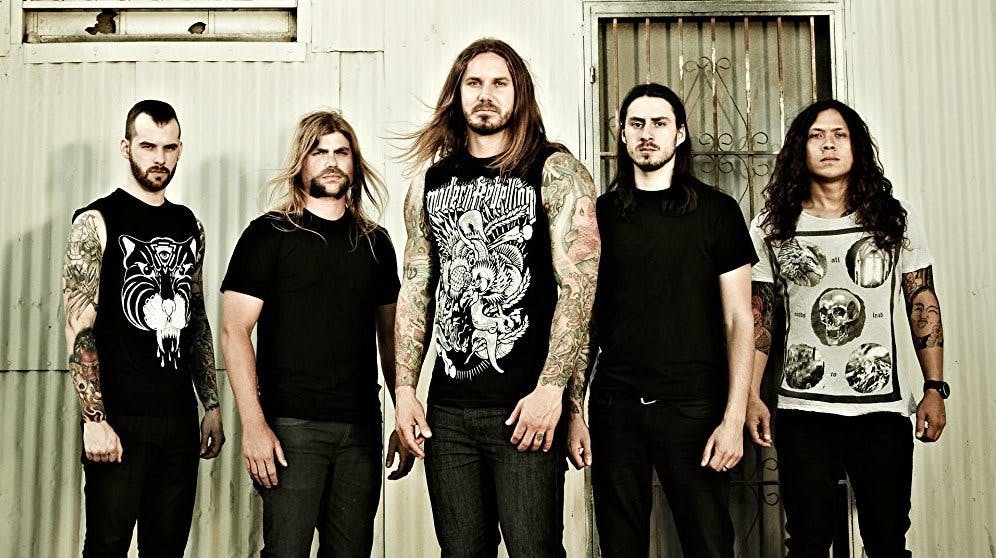 Over the years, venue chain House Of Blues has a habit of banning bands on a seemingly-arbitrary moral basis. Among the acts the franchise has banned from performing in their halls are Machine Head, Every Time I Die, Exmortus, and Skeletonwitch, whose performances have been denied due to "inflammatory lyrics" and "undesirable fans." However, House Of Blues has now come out in defense of booking metalcore act As I Lay Dying, even though the band's frontman Tim Lambesis was convicted of trying to have his wife murdered by a hitman.

Fans criticized House Of Blues Boston, who have booked As I Lay Dying on their upcoming U.S. tour. House Of Blues made the following statement about the choice to host the band, saying in a statement online, "Though staff and management may not agree with particular performers appearing at our venues, ticket buyers have the right to purchase tickets or not purchase tickets."

This received negative responses both in its comment section on Facebook and in The Boston Herald, where an author wrote an opinion piece criticizing Lambesis' return to the band and commending Memphis venue Growlers for distancing themselves from Lambesis.

"It’s good that he acknowledged his crime and apologized, but for many, going back on the road just seems wrong," write Jessica Heslam, the op-ed's authors. "Count me in that crowd...The truth is, Lambesis’ ex-wife might not be alive today if the hit man he thought he had hired wasn’t an undercover cop. Good for him for trying to turn his life around, but maybe he should step back from the spotlight."

To be fair, Tim Lambesis has been reluctantly accepting of cancelations in the recent past. When the band's Memphis show was canceled in February, the frontman released a statement saying that given the severity of his crimes, he couldn't blame the venue for their response:

“While I’m disappointed by the cancellation of our show in Memphis, I understand and accept the resentment some people have towards who I used to be," said Tim's statement. "I stand against that person I became during the darkest period of my past, and it is part of my life’s work to prevent others from going down destructive paths. It’s now been almost six (6) years since I made the biggest mistake of my life, and I consider each day an opportunity to do something positive to turn my life around and to use my experience to help others.

"As I move forward with this purpose I know there will be obstacles," he continued. "However, I wish we could have come up with a more meaningful solution for the fans in Memphis rather than just cancel. Perhaps I could visit a recovery center in Memphis, a free event to our fans + those being served at the center, where I can open up for Q&A and all questions are welcome."

"I understand and accept the resentment some people have towards who I used to be," said the vocalist via his Instagram.

He's also going to be a certified addiction treatment counsellor.

Lambesis was imprisoned in 2014 for conspiracy to commit murder.