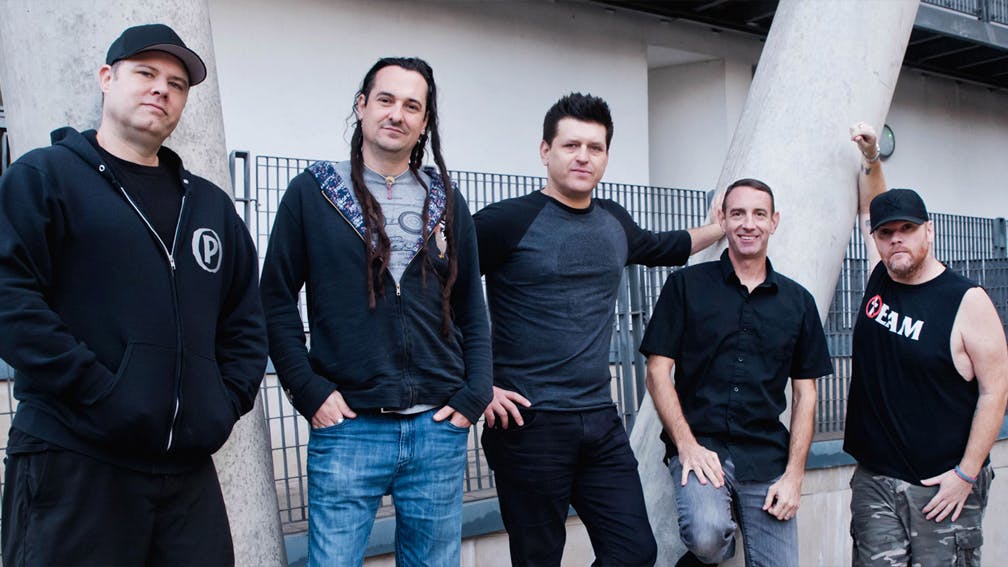 The beauty of a band like Less Than Jake -- and perhaps of ska punk in general -- is that even while they play emotionally honest and often very poignant music, they never take themselves too seriously. Less Than Jake may perform songs about equality, nostalgia, and feeling like you're growing too old for the scene -- but they've also always had titles like Scott Farkas Takes It On The Chin and All My Best Friends Are Metalheads. That sense of humor is what led the band to pull of an absolutely ridiculous stunt at the 1999 Vans Warped Tour -- but has also won the band serious levels of respect and acclaim.

In the latest episode of our podcast Inside Track, LTJ guitarist and vocalist Chris Demakes recalls the band's '99 Warped stop in Pompano Beach, Florida:

"They had a no-foul-language, no swearing ordinance," says Chris of the venue they'd play. "They had the seven words you're not allowed to say -- we can figure those out.

"We got wind of this the day before," he laughs. "So when we got to Pompano day before, we hired two male strippers to dress as police officers. And these two guys are flanking the sides of the stage with their arms crossed, and I’m out there like, 'Can you believe this crap?! They gotta put police officers onstage because they know of our reputation! They know we might swear and they’re gonna arrest us! Who thinks that’s a bunch of crap?' And the crowd’s going nuts! They’re booing these guys like no one’s business.

READ THIS: In defence of ska-punk

"So we go through the first song, and these guys don't break character at all -- they're in their cop uniforms, arms crossed," he says. "First song ends, and I say something to the effect of, 'All right, let's kick up the insanity. I wanna see you guys go nuts.' And we launch into the second song, and all of a sudden the strippers start putting on their show. These are breakaway cop uniforms, so they break 'em off, and they’re in pink thongs. The audience went completely ballistic."

To hear more of Less Than Jake's insane antics, and to learn the full story behind Warped Tour's massive rise and eventual downfall, listen below:

And don't forget to SUBSCRIBE to Inside Track wherever you get your podcasts: