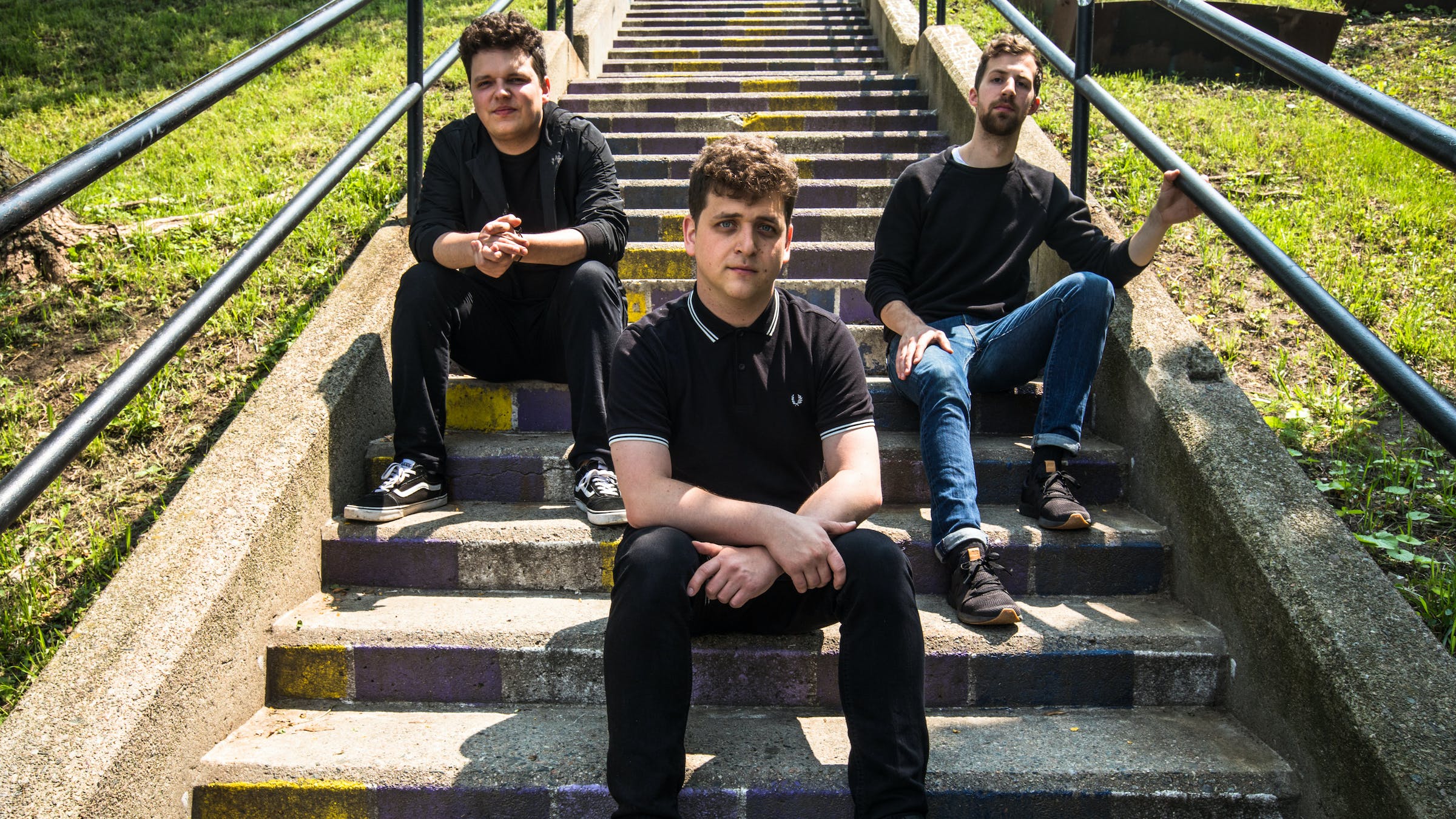 Losing a bandmate is terrible for a band at any point of their career, but losing one weeks before their biggest album to date drops is basically unthinkable. For Boston-based dream-punk trio Somos, that tragedy became a terrible reality when guitarist Phil Haggerty passed away on August 10th, about three weeks before the release of their new album Prison On A Hill. Not only was Phil’s passing sudden, but the fact that he was a major pillar in a three-piece band meant that Somos had little to fall back on.

And yet, instead of being paralyzed by confusion and depression, the remaining members of Somos sprang into action. The band released Prison On A Hill early via Bandcamp, with proceeds used to pay for Phil’s funeral expenses. Not only did they accomplish that goal, but the band also collected over $3,000 more, which they donatd to the Heather Heyer Foundation, the scholarship program named after the civil rights activist killed at the neo-Nazi rally in Charlottesville, Virginia.

Discussing Phil, bassist and vocalist Michael Fiorentino sounds haggard, but determined. The trauma of losing his friend and bandmate is audible over the phone, but even when given the opportunity to avoid difficult topics, he pushes forward. “It was a terrible shock,” he says of Phil’s death. “I heard Saturday in the morning. I was just getting up and getting my day started and I received a phone call about it…”

Tell me about Phil, the person and bandmate.

Michael Fiorentino: I met [Phil] when I was a freshman in high school, and I’ve known him since then. So, I’ve known him for half my life, and we were best friends for that whole time. Somos got off the ground around 2012; we started writing for it, and he is extremely creative and hardworking and driven. He kind of provided the foundation for the band, in terms of what we wanted to become, what we wanted to strive for. He was a great friend and he also was a very special musician, in my opinion.

So Somos was not a bunch of dudes with different talents coming together to work on a project — it was like a labor of love and friendship.

Yes, we were all friends for a long time.

How did Somos arrive at your current sound? It would be easy to just call it pop-punk, but there’s something much more dreamy and beautiful to it.

I don’t know exactly. I think we just slowly were evolving towards it. The one rule that we always had with songwriting is we were just trying to write the music that we wanted to hear. So, we felt like if we were writing for ourselves, it would be something that we’re passionate about, and then, if that connects with other people that’s great. But either way, we’re just searching out for a song that we wanted to hear. That’s kind of how we approached it. There was never anything necessarily deliberate about genre or mixing different things. It sort of was a very natural process.

When Phil passed away, was there ever a thought of not releasing the album or just calling the band?

No. My immediate thought — in terms of the band — was that we have to put the record out, as soon as possible. Because Phil spent so much time both writing the record and doing pre-production and recording demos in his home studio. We just spent hundreds and hundreds of hours working on it and crafting it, and I knew Phil was very proud of it. I felt like it was sort of his musical legacy, and we had to get it out there to the world.

Was that what inspired you to get the album out early?

Right. It’s technically not out yet, we put it up on just Bandcamp for a week to raise money for Phil’s funeral expenses. It kind of works out, because we knew that there were a decent amount of people that were excited and had been waiting to hear new music. So, we felt like we could raise money to help Phil’s family out by putting it out. Our label Tiny Engines, who’s been really great throughout this whole process, agreed to basically just throw the record up on Bandcamp. That’s how it came out early. The full record’s out on Bandcamp, but we’re actually sort of in the process of a proper album roll-out right now across all the other platforms. It’s a little messy, but I think it worked out pretty well.

How has the response been in the short time it’s been up on Bandcamp?

It’s been a great response. I mean, I know no one is gonna attack the record if they know anything about the context. I don’t know, I just haven’t really seen anything negative because of that, but I have seen a lot of praise for the record, and people were sort of saying it was a lot better than our last record, which I agree with. I think the reception so far has been really good and I have a good feeling about this record just continuing to grow in popularity because I really believe in it and Phil really believed in it.

Are you guys looking for a replacement guitarist yet? Are you figuring out the future of Somos?

We can’t really replace Phil because he was sort of the foundation of the band. I haven’t really put any thought into it at all, to be honest. That’s what I’d like to say to that question -- we haven’t even thought about it or talked about it.

Is there a song on the album that most reminds you of Phil, or that you think does justice to his legacy?

Honestly, the whole record is like that, because him and I wrote so much of it just together in his home studio, demoing things out. But I think the song that is my favorite is probably Young Believers. Phil did really good work arranging all the synth work on the second half of that song. I just think his ideas and his creativity shines through on that track, and it also happens to just be my favorite song.

Somos' Prison On A Hill comes out on all formats tomorrow, August 30, via Tiny Engines, and is available for preorder.