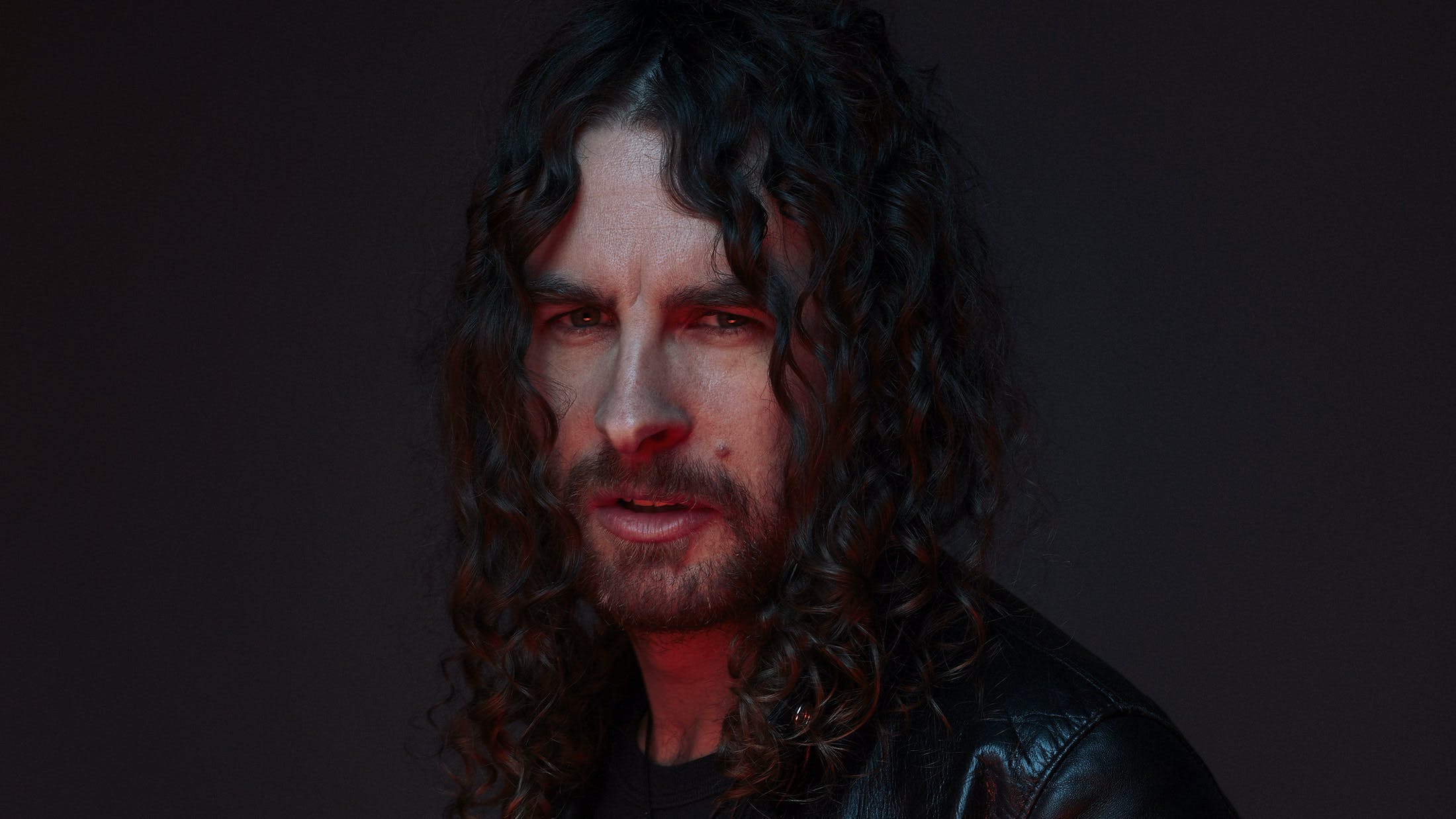 Fresh off releasing their new album Boneshaker, we caught up with Airbourne frontman Joel O'Keeffe for a round of 13 Questions. Joel had been out the night before, and was a little worse for wear during the interview, but managed to hold it together to chat about life after death, raiding minibars and refusing to eat kale. That's rock'n'roll for you!

If you were in Slipknot, what would your mask be?
“I think I’d have to do something like Casey Jones, from the Ninja Turtles. The hockey mask would look pretty fucking sick. Obviously there’s Jason Vorhees out there with the hockey vibe, but I’d go full Casey Jones and see how long it’d last with the band. Maybe they’d all get the Michelangelo and Leonardo ones (laughs).”

When you were a kid, what did you want to be when you grew up?
“I really wanted to be an investigative journalist, kicking down doors of big corporations to find out what these fuckers are up to (laughs). To do that thing where you’ve got the camera and you’re marching in like, ‘What have you got to say about you dropping all this oil in the middle of the lake?’ to the head of an oil company. I thought that would be a lot of fun. I might branch out from the rock’n’roll game and become a rock’n’roll investigative journalist. ‘I’m here to rock, but seriously you’re fucking up the ozone layer, what’s going on?’”

Why should people listen to your new album, Boneshaker?
“If you like rock’n’roll, and you like having a good time, it’ll definitely tick those boxes for ya. You’ll have a great time. I like records that are just no bullshit, so if you wanna rock’n’roll, put it on.”

What happens when we die?
“There’s definitely enough evidence to suggest string theory. If that’s happening, then you and I are having the same conversation, but I’m drinking something different or maybe I’m interviewing you. I think when you die, string theory comes into it and you just jump on to the next lifeform – whether it’s as a tree, a cat, or a different human. Or go to the next universe! I don’t think you die. There’s the physical thing you’re in, like you’re the driver of a car, but who am I inside this shell? I think the vessel you’re in is done, but I think your consciousness moves on to something else.”

When was the last time you vomited?
“The last time was in Ireland, when I was getting back to the Guinness and on a vibe. O’Keeffe heritage is from Ireland, and whenever I go to Ireland it’s like the ancestors give me a big hug then hit the pub. You just forget to eat and have a lot of Guinness. I started smoking that night too, which got me to throw up.”

What's the funniest rumour you've heard about yourself?
“One of them was that we’re all completely drunk onstage. We’re not, we don’t drink before we go onstage. We might have a beer or two, but the most important thing is the show and nothing gets in the way of that. We just wanna get out there and rock. There was a period where people thought I was fully whacked-out on drugs because I was climbing stuff. No, I actually have a fear of heights – if it’s more than two storeys I start to freak out. When we play a gig it’s different, you’ve got a guitar on your back and you feel pretty gutsy, you don’t think about the height. Plus, I can’t see too far, so without my glasses I can’t see the ground."

What was the last lie you told?
“We were in a hotel and they asked if I had anything from the minibar, I said no, but I had the whole fucking thing (laughs). We had to leave quickly, we were late for the airport, so I didn’t have time to sort it out. It’s rock’n’roll, maaaaaan. Let someone else figure it out! Sometimes the ol’ rock’n’roll thing is great – you can get away with things and do some fucked up shit – but people go, ‘Oh he’s got a leather jacket on and long hair, what did you expect?’”

How long have you worn the same underwear consecutively?
“Touring the U.S. does that a lot, but at least three or four days. That’s the U.S., it’s hardcore. There’s a saying that the band either breaks the U.S., or the U.S. breaks the band. It’s tough, but a lot of fun. There’s nothing better than being in Walmart at 3am, getting on the children’s tricycles and riding around with beers in your hand. The security are thinking, ‘We’re not getting paid enough to deal with this shit,’ and we get the water pistols out, going mental in there. If you steal something then you’ll get arrested, but it’s like going to Disneyland.”

What's the most disgusting thing you’ve ever eaten?
“Kale, I fucking hate kale. My fiancee always tries to get me to eat kale. She tries to trick me into it, puts it in a smoothie or something. Popeye got it right with spinach, I don’t see him eating kale.”

Who is the most famous person in your phonebook?
“Biff from Saxon. Saxon for me are a mega-band. Saxon have the song I’ve Got To Rock To Stay Alive, they did it with Lemmy and Angry Anderson from Rose Tattoo, and that’s my charge-up song. If I start falling asleep, put that on.”

What's the worst injury you've ever suffered?
“I’m always fucking up my ankle, I’ve been twisting it since I was a kid. Now it’s just plasticine, it bends and breaks. I was in Amsterdam on our first tour and we went to the Hard Rock Hotel to get some beer. The guy behind the bar says we should have a pint the Amsterdam way, so fills up a glass half with Jack and half with beer – it tasted like shit, but it was like, ‘Here we are, this is it, we’ve landed.’ We sat down drinking, drinking, drinking and all of a sudden you have to move to go home, but your legs don’t work, and this is the start of the fucking tour! I came off a step about a foot high and twisted my ankle, tore the ligament right off the bone. Snapped everything in there, then we had to play two days later. I did the tour with a moon boot.”

Have you ever been in a fight?
“With Ryan [O'Keeffe, brother and Airbourne drummer], almost every day. It’s a daily bout (laughs). I used to work in a pub and there was a 21st birthday, everyone was getting real pissy, and a fight broke out. Little old me, 19 years old, weighing like 60kg, thinking, ‘I can’t fucking deal with this.’ They were big footy blokes just going at it. I told them to calm down and jump in, but it was like I was ragdoll being thrown around. That was the closest I came to getting in a fight, but I was more beat up than anything.”

What is your party trick?
“Smashing a beer on my head is a party trick I’ve taken to the stage. Smashing a beer on your head and getting it to spurt out is quite a thing. I don’t know the science behind it, but I know if I hit it hard enough then the fuckin’ thing will explode.”

Airbourne's new album Boneshaker is out now via Spinefarm Records.