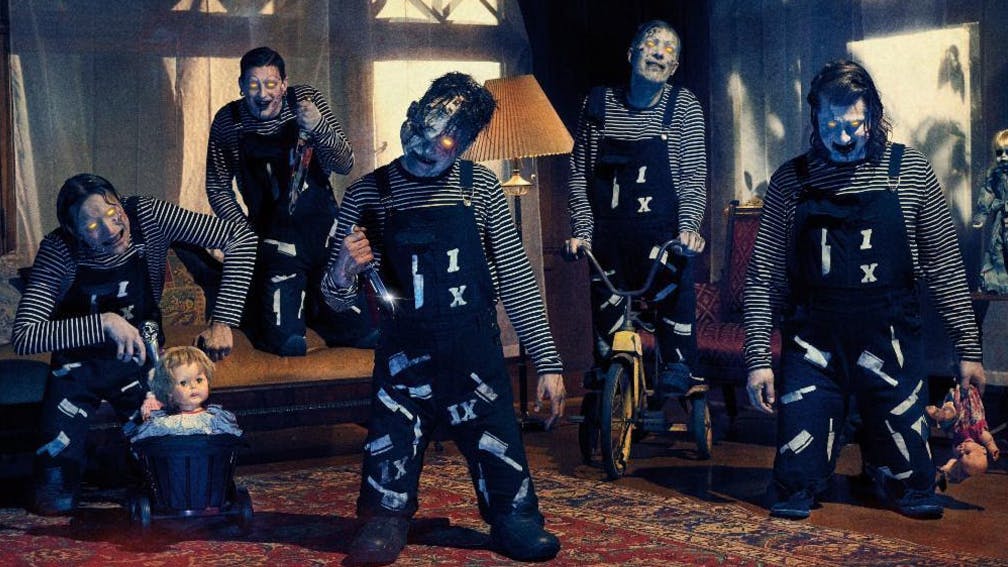 Hot on the heels of their last video, the American Psycho-aping Hip To Be Scared, Ice Nine Kills have unleashed a sequel, Assault & Batteries. This time, they’ve swapped the Patrick Bateman getups for that of Chucky, the evil toy from Child’s Play.

“It was only one month ago that we painted the walls of Wall Street red with the release of Hip To Be Scared,” says mainman Spencer Charnas. “Now we proudly present Assault & Batteries, a brutal ode to an iconic two-foot tall demonic doll.”

The band have also revealed more details of new album, The Silver Scream 2: Welcome To Horrorwood, due on October 15. Ahead of its release, British fans can attend a special playback event at London’s Everyman Screen On The Green cinema on September 8 (more details here). They’ve also announced full tracklisting and guest spots, including members of Papa Roach and Cannibal Corpse, together at last…