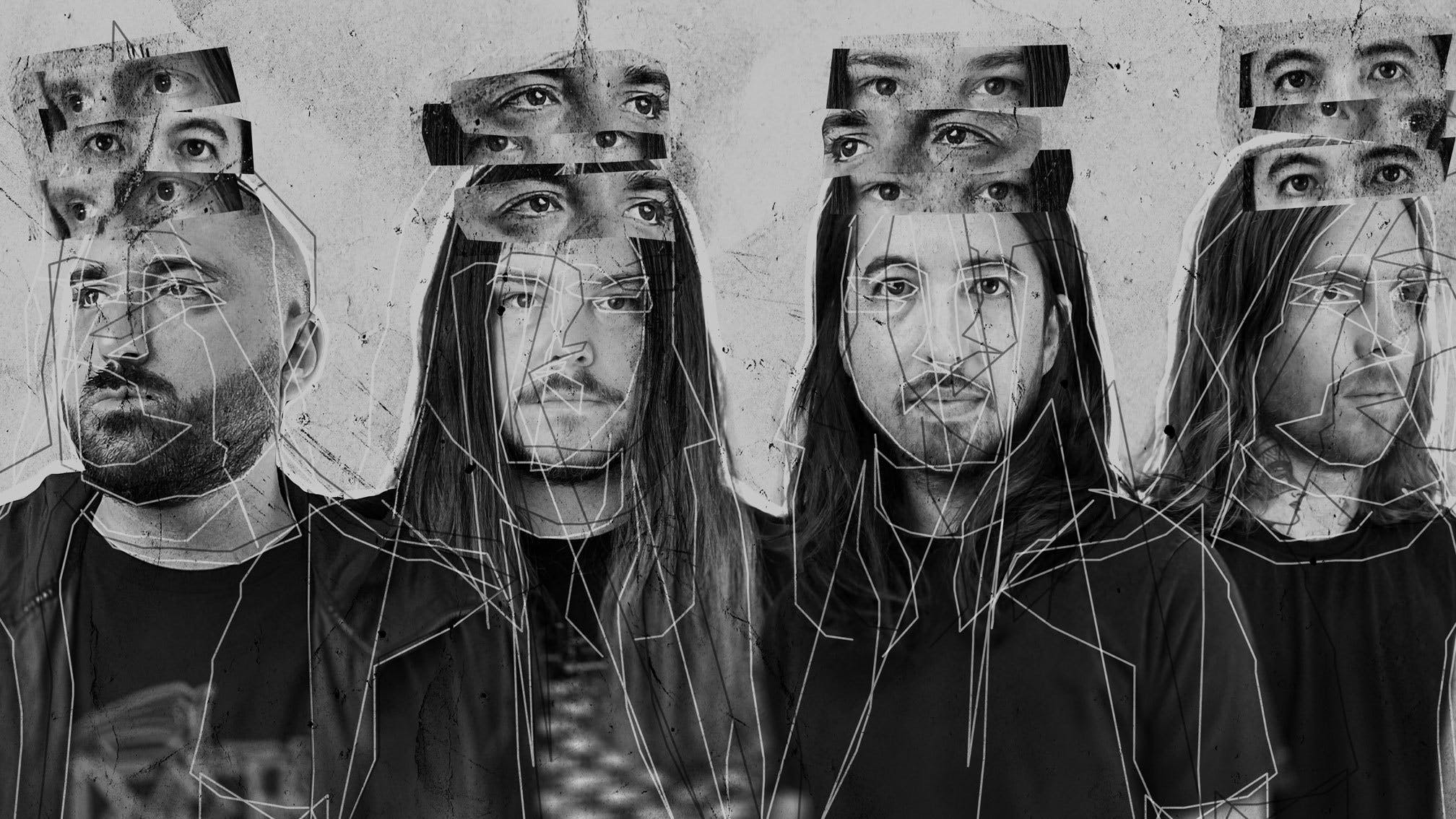 Grief impacts us in a way no other emotion can. Longing, heartbreak, guilt, regret – so many feelings engulf our minds as we search for a way to cope with the loss of someone close. This was something Of Mice & Men’s Aaron Pauley and Tino Arteaga both felt during the creation of seventh album, Echo, with the passing of Aaron’s mother-in-law and Tino’s mother forcing them to face one of the most despairing and sorrowful parts of the human experience.

Here, Aaron and Tino sit down with Kerrang! in an emotional interview where they explain how their latest record came to be, and how, as they searched for an echo, they found a connection stronger than anything they’d ever felt before…

Why did you decide to release Echo as a series of EPs, rather than a traditional album?
Aaron Pauley (vocals/bass): “It was something we discussed with our previous label, but never really got the go ahead. When you're part of a larger machine, on the road 250 days out of the year, making a record roughly every two years, there’s not really the need to try anything different. But when we finished our contract with Rise and started meeting with other labels, we discussed with every one of them this idea that we wanted to create an album’s worth of material over a longer period of time, and do it episodically. For me, I just wanted to do something different, and also adapt to a changing musical landscape, because things are very different now compared to when a record like [third album] Restoring Force came out in 2014. It was exciting to be doing something new that couldn’t be based on any previous metric of success, and also have it be something that would allow us to push our creative boundaries and make a record a little left of centre.

“Releasing the songs in this way also allowed us to keep the conversation with our fans going over a longer period of time than you would with a traditional album; we were able to see their experiences of the songs in real time before the full body of work was finished. That was great for us, because music is, more than anything, a form of communication.”

This album focuses heavily on themes of grief and loss. How did you approach writing about those subjects, and did that approach change in any way between the EPs?
Aaron: “Grief is the most complicated and multifaceted of emotions, and it’s not something that allows you to be rational – particularly when it comes to your art. Listening to Echo, I think you can hear that by the middle, our minds are becoming less grounded and things are getting far more visceral and feelings-based, and then as the record reaches its conclusion, you see the re-emergence of the ability to rationalise and express those feelings in a clearer way. We were very much consumed by grief when writing this album, and that’s why I think people will connect with it – it’s the journey of the human experience.”

Tino Arteaga (drums): “I see the record as like a stream of consciousness. We’ve been writing music since we were teenagers, so when life throws a curveball at you like it did for us, then it’s only natural to try new things, and doing that with our music allowed us to come to terms with what was happening in our lives. Writing music helped me deal with the passing of my mother, and it still helps me now – if I didn’t have music, I don’t know what I would have done. And like Aaron said, it’s communication; we were able to use our music to make sense of our suffering, and now in place of that pain sits a beautiful, incredible piece of art. The creation of Echo was the opposite of meticulous – everything just came flowing out, and it really resulted in a true reflection of our experiences.”

In light of everything that’s changed since your last record came out – both personally and in terms of the world at large – are your goals for Of Mice & Men different from what they used to be? What’s changed in terms of what you want to get out of being in this band?
Aaron: “I kind of feel like I’ve already got everything I want – the biggest thing I wanted from releasing Echo was an answer back. Releasing music can often feel like you’re putting out a message in a bottle in the hope that somebody finds it and sends one in return – it’s about feeling less alone in your experiences, and I really feel like with this record we’ve been able to connect with our fans in a way that’s far deeper than we ever have before. Making this album, we weren’t thinking about how it would chart, how many copies would sell or what the songs would sound like live – the entire goal was connection. That’s why the album is called Echo, because it’s a reflection of how our human experiences echo one another. Feeling that connection with others and seeing our music resonate with them is all I could ever ask for.”

Tino: “Music is basically all free on Spotify now – we don’t fret about the money it’ll make or how many T-shirts we’re going to sell – and it’s there for anybody to hear, so for us with Echo and moving forward, it’s all about getting back to basics and finding that humility that allows us to have an honest conversation with others who feel like we do. We’re not rockstars, you know? We’re just people who want to make music and walk away from it feeling more connected to the world than we did before. Of course, we often didn’t feel like we were thriving when we were making Echo, but to come out of it with a body of work that reflects so much of what so many people go through, that makes it all worthwhile. People turn to music to be entertained, to relate and to seek guidance through life’s tough moments; for us, that’s how we’ve always used music, and that’s what we’re going to continue to do with Of Mice & Men.”

Of Mice & Men’s new album Echo is out now via SharpTone. The band play Download Festival next June.

Listen to Of Mice & Men's new single Timeless – a "song about becoming increasingly aware of impermanence, written through somewhat of a somber, yet romantic, lens".