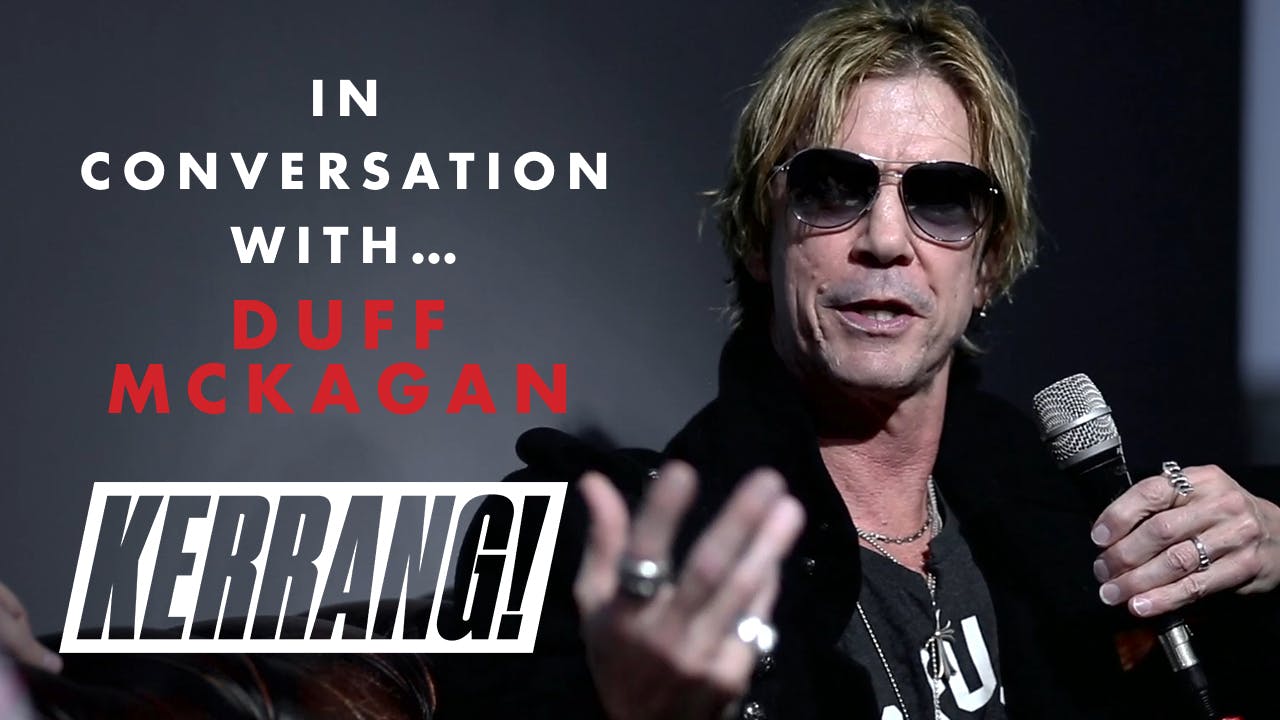 Last week we were joined by Enter Shikari frontman Rou Reynolds as part of our In Conversation series, and now we welcome a genuine rock'n'roll legend onto the Kerrang! sofa for a chat – it's Duff McKagan from Guns N' Roses!

Joined by Kerrang! Editor Sam Coare, the GNR legend discusses the past, present and future of pretty much everything! Seriously, he's a mega history buff. We chat about his new solo album Tenderness, the first time he appeared on the cover of Kerrang! magazine, mental illness, the loss of friends and much more.

Hosted in Kerrang!'s London office, we invited a rabble of Duff and Guns N' Roses superfans along to watch the man himself go deep into his music and share some of his most revealing stories.

Duff's new solo album Tenderness is released May 31 on UME.