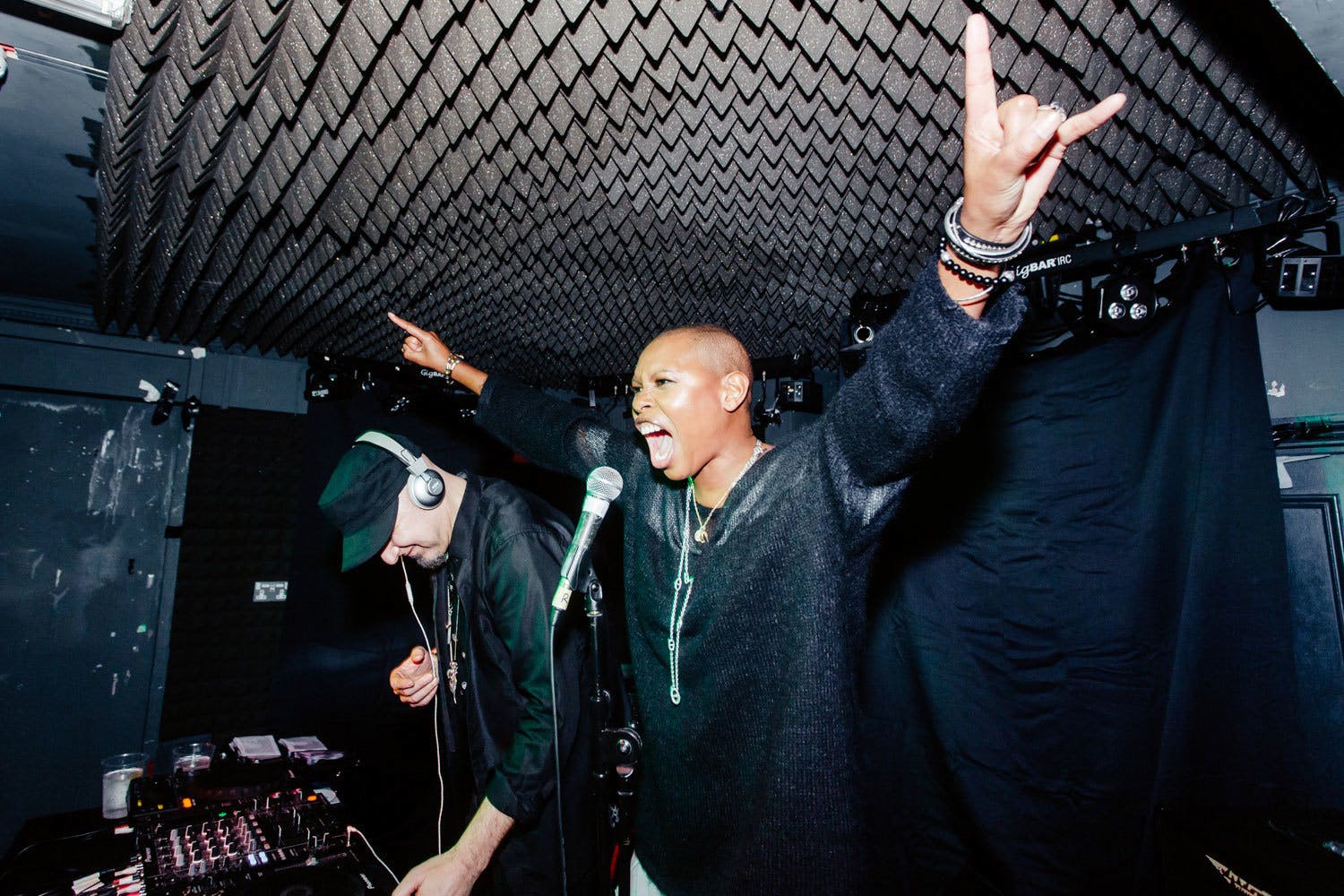 Last night Skunk Anansie came to DJ the Kerrang! x Rizla Basement Party and they were taking no prisoners.

The basement of North London's Hope & Anchor pub was full of Kerrang! competition winners, all buzzing for Cass, Ace and co. to unleash a barrage of bangers. But this wasn't just playing some songs from Spotify and calling it a night, Skunk Anansie brought it, blasting out hit after hit with Skin taking mic duties on herself... well, when not getting one of many fans to join her on vocals.

From Rage Against The Machine to Paramore and beyond, this was a masterclass in partying. Kinda mad it was on Wednesday, huh? But when a packed room is full of free Kraken rum and carrying as much Kerrang! x Rizla swag as their hands can carry (we particularly like the umbrellas), who cares what day it is! Skunk Anansie are in town!

Check out our gallery below to see what went down. All photos by Andy Ford.