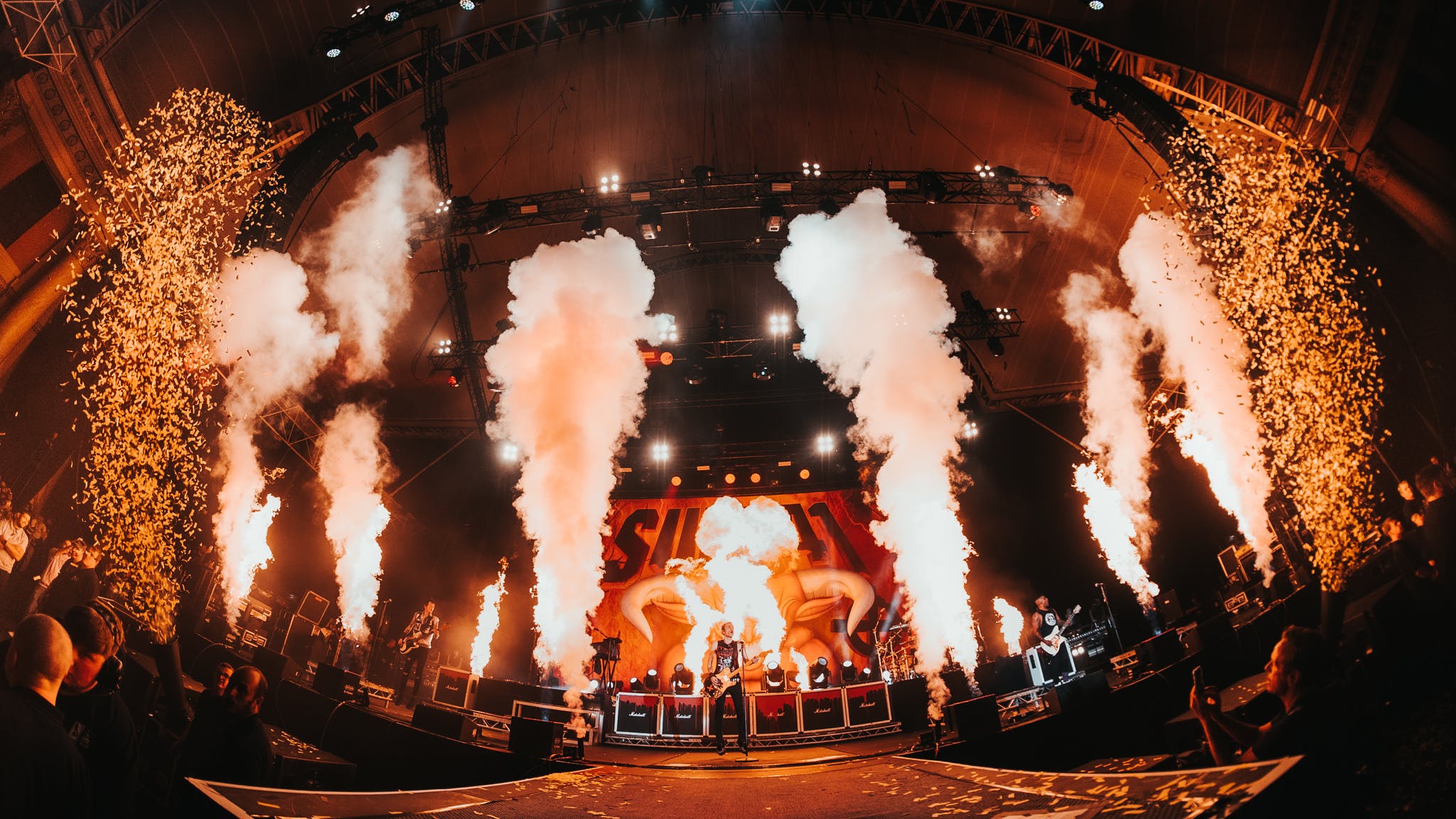 Across the pond this weekend, fans of all things pop-punk and emo were gearing up for massive Vegas fest When We Were Young. But in London on Friday night, 10,000 gig-goers got a glorious blast of nostalgia for themselves on the Does This Look All Killer No Filler tour.

Headlined by pop-punk legends Sum 41 – who, if you couldn’t already tell from the tour name, were celebrating 20-plus years of their All Killer No Filler and Does This Look Infected? albums – London’s massive Alexandra Palace hosted one hell of sold-out party, with bangers, pyro and fireworks galore.

Breakout star Cassyette opened proceedings before Canadian titans Simple Plan blasted through 13 songs of pop-punk perfection, opening with I’d Do Anything and finishing up with Perfect. In-between, they played everything from Shut Up! and Welcome To My Life to TikTok favourite I’m Just A Kid.

Then it was up to Sum 41 to celebrate their storied career, kicking things off with Motivation and tearing through the likes of The Hell Song, Underclass Hero, In Too Deep and a Queen cover of We Will Rock You. They wrapped up with a one-two-three encore of No Reason, Mr. Amsterdam and Fat Lip.

Check out Federica Burelli’s photos from the night below.