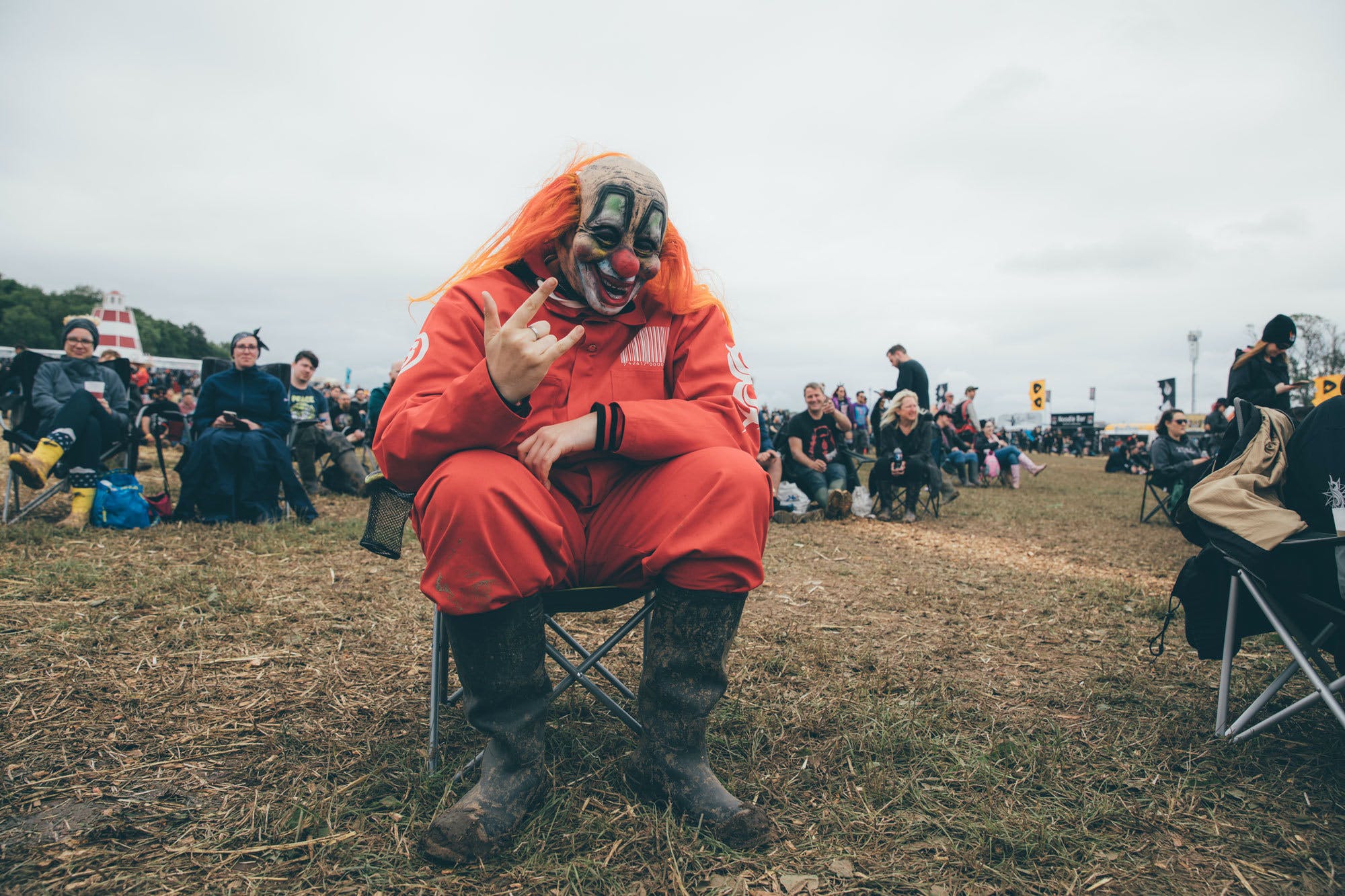 Today is the day! After an almost-three year absence, Slipknot are back in the UK. But not only that, they're headlining Download Festival for an incredible fourth time! With new album We Are Not Your Kind on the horizon, and the 20th anniversary of their debut album looming, the British Maggot contingent are out in force at Donington. Everywhere you look there are boiler suits and masked maniacs, all ready and waiting to unleash hell to Disasterpiece, Spit It Out, Surfacing as tonight climaxes.

Here are just a handful of the Slipknot fans Download has to offer.