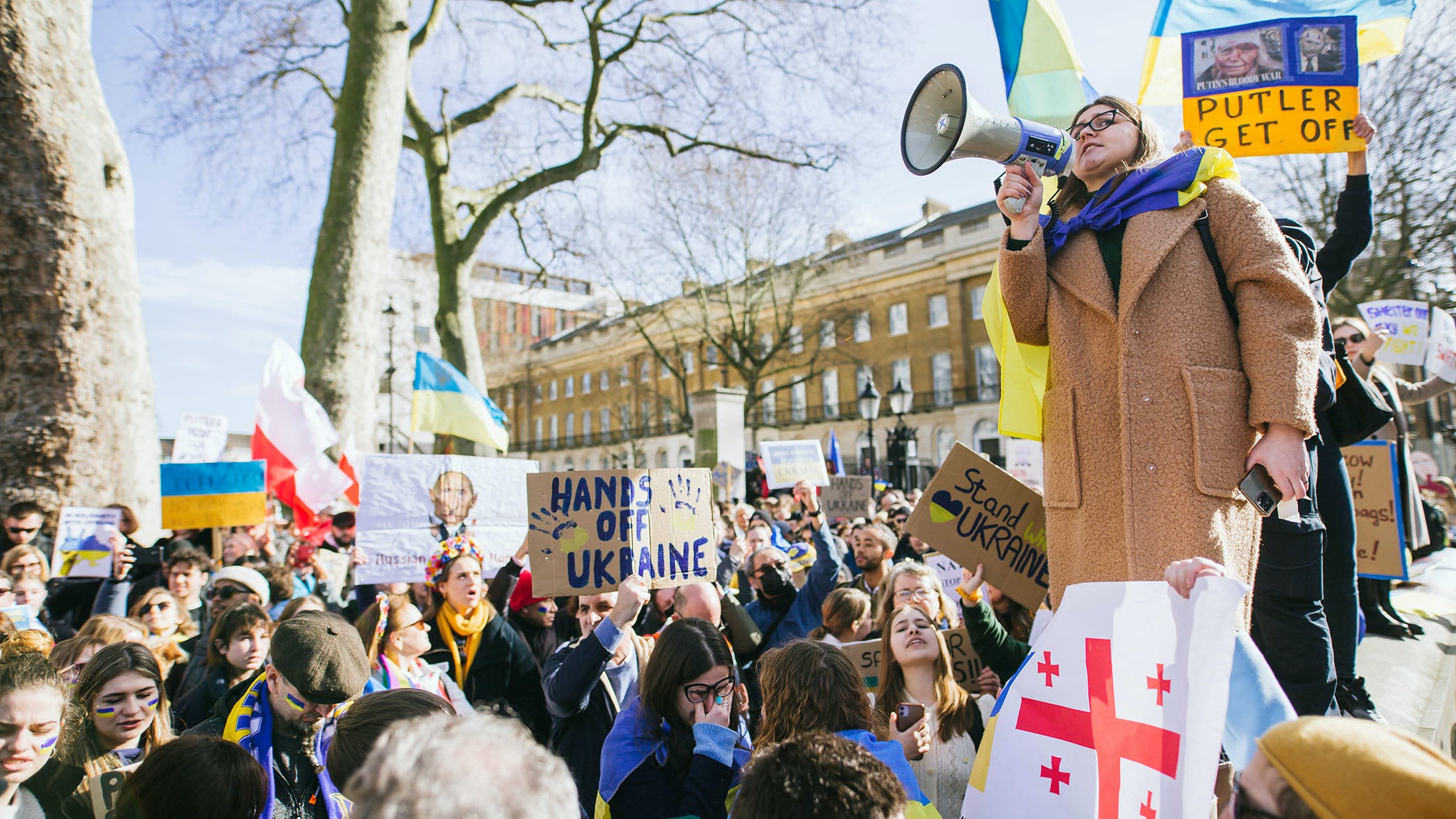 This weekend, hundreds of people descended on Downing Street in London to voice their support for Ukraine following the Russian invasion. In a sea of blue and yellow, Ukraine nationals stood side-by-side with demonstrators from across the UK as well as protestors from eastern Europe and Russia.

As chants of "Stop the war!" filled the streets outside Boris Johnson's home, signs demanding the government allow refugees into the country were among the most prominent, along with slogans for stronger sanctions on Russia and messages of solidarity with Ukraine.

The Downing Street protest was just one of many demonstrations held across the UK, including Bristol and Edinburgh, and featured speeches from journalist Paul Mason, MPs and more. Here is just a glimpse of the hundreds of protestors who took to the centre of London to make themselves heard and share their feelings on the war breaking out on the continent.

Find out how you can help Ukrainians now.