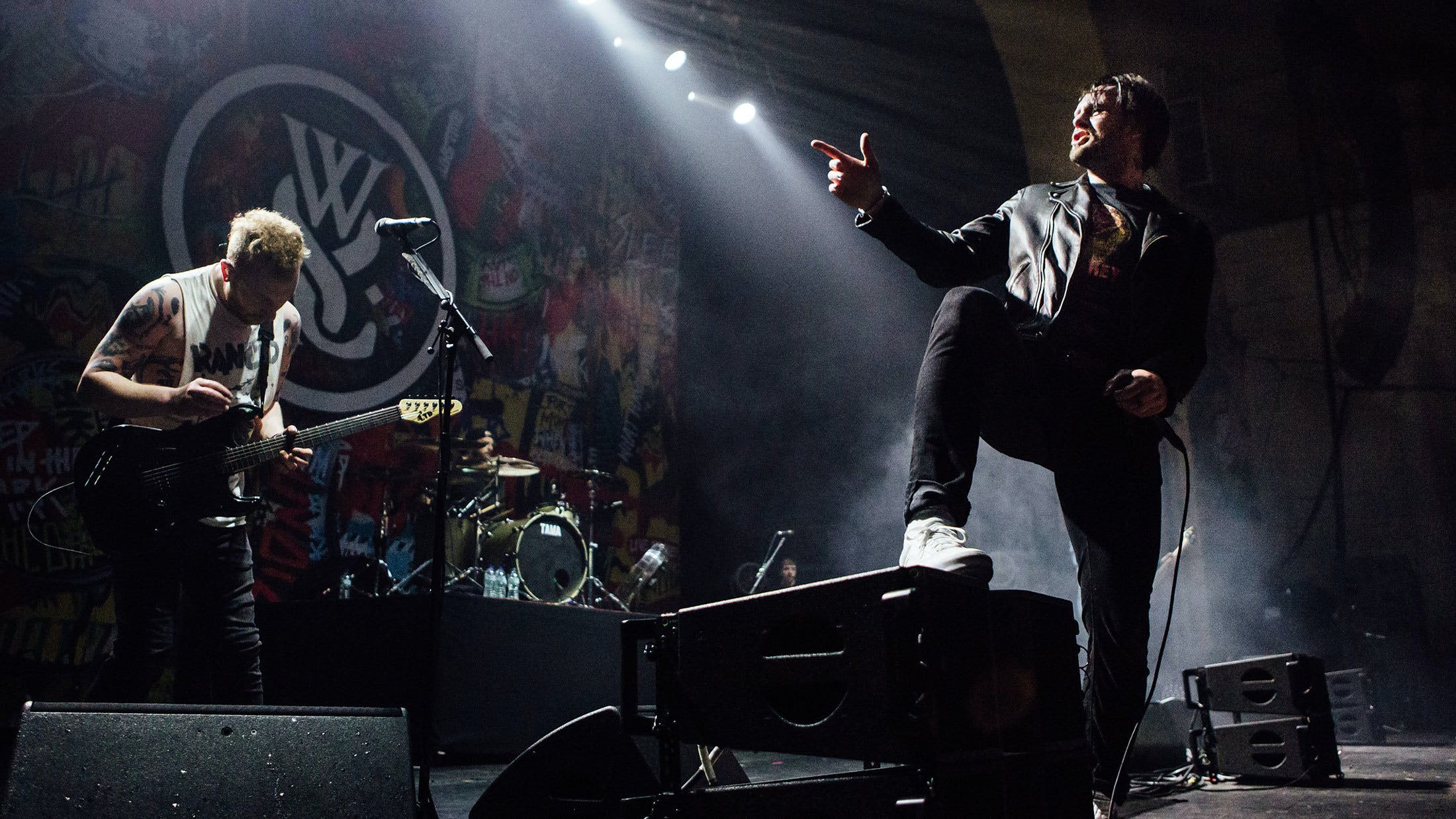 And they weren't alone. Joined as they were by Vein – on vicious form – and Buffalo's own Every Time I Die, the floor was a non-stop mash of sweaty bodies, hurling themselves in every direction.

But it really was While She Sleeps' moment for the taking. They've been on quite the journey since their sensational 2012 debut This Is The Six – at one point not knowing if they could even continue – but their constant upward trajectory has led them here, to the iconic Brixton Academy, with swarms of dedicated followers who have been there since the beginning, urging and wishing the Yorkshire metallers onwards.

READ THIS: How we wrote Silence Speaks, by While She Sleeps' Loz Taylor

It was a set that leant heavily on latter-day material, with just one song from the debut, but the air thick with the voices of thousands bellowing ANTI-SOCIAL, THE GUILTY PARTY and an electrifying Hurricane.

Check out our exclusive gallery of their headline set below. Can you spot yourself in the crowd?

While She Sleeps setlist

Encore:
HAUNT ME
Silence Speaks
You Are We

But what about the smallest show While She Sleeps have ever played? Well, here they are in The K! Pit!