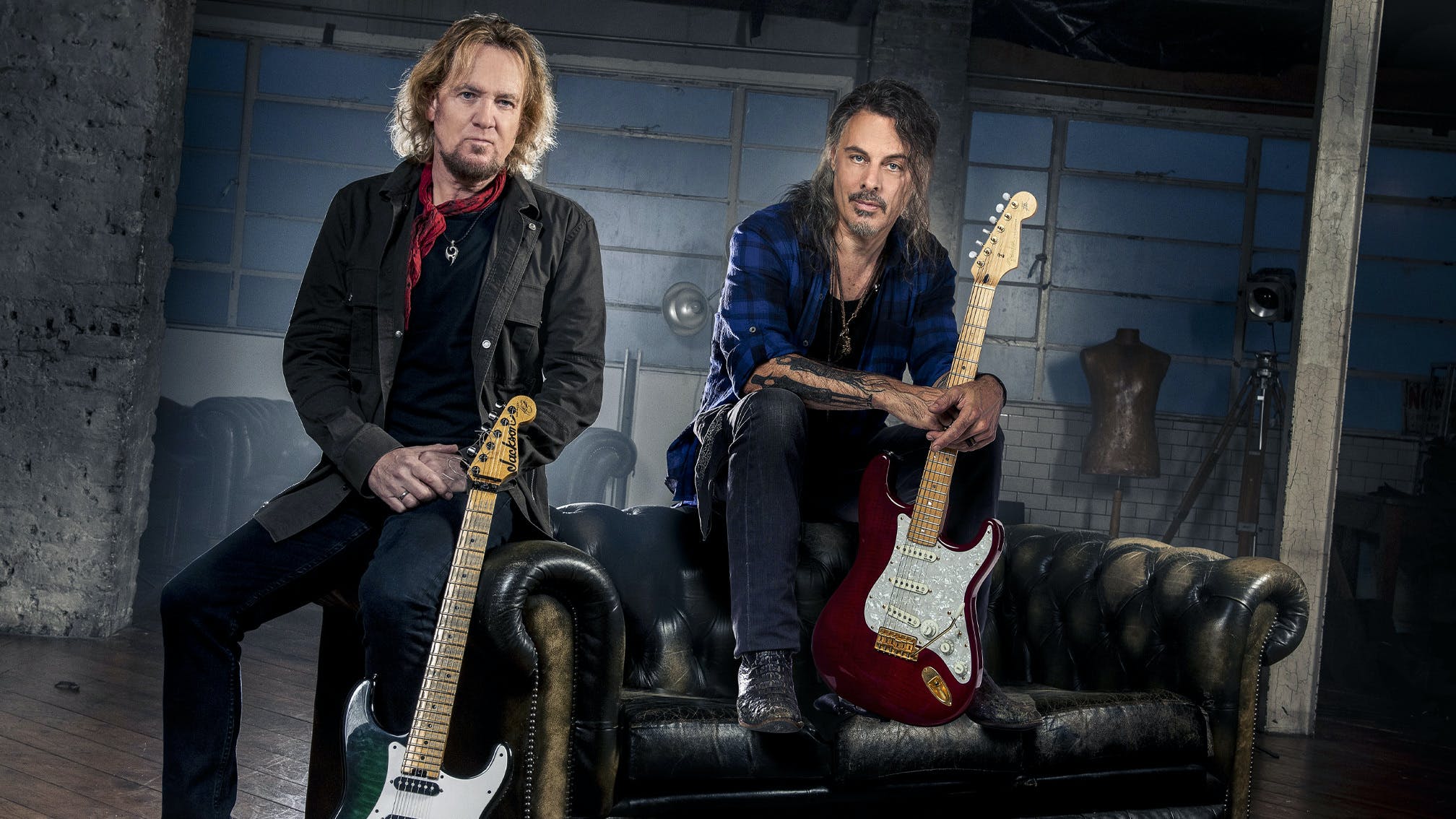 Iron Maiden guitarist Adrian Smith and The Winery Dogs frontman Richie Kotzen have joined forces for a new project together, the aptly-titled Smith/Kotzen.

The pair have launched the band with debut single Taking My Chances, which was recorded at the start of the year – with more to come "early in 2021".

"I think Richie and I complement each other really well," enthuses Adrian. "He’s a virtuoso guitarist but he’s got a great sense of melody – the whole thing just felt very natural."

Read this: The 50 most evil songs ever

"We found common ground in classic and blues-based rock – we both come from that mentality," adds Richie. "We’ve been writing and recording together for the past year and I’m ecstatic with the results."

Check out Smith/Kotzen's Taking My Chances below:

Of course, Smith/Kotzen isn't all Adrian has been working on in 2020. In September, the musician unveiled Monsters Of River & Rock: My Life As Iron Maiden’s Compulsive Angler, a memoir that told his story through the worlds of music and fishing.

"I think I was just sitting around with friends, talking about this and that, and someone said, ​‘You should write a book,’" he told Kerrang!. "But it started off as a fishing book, and then I realised… My passions are fishing and obviously music, so it started as a fishing book, and I introduced more and more music as it went along. It’s probably about 70 per cent fishing and 30 per cent musical anecdotes, touring and stuff, because they are entwined, you know? I just can’t get away from it."

Adrian continued that fishing was something of an escape from the hectic world of metal.

"I mean, the perfect example would be when we did the Powerslave tour [Maiden’s famously intense World Slavery Tour from 1984 – 5]," he explained. "That was 12 months of back-to-back American tours, European tours, Japan, Southern Hemisphere – we did everywhere. And we were burnt out, there was no doubt about it. I just took off fishing for about six weeks; I went up to Canada with my girlfriend, now my wife, and just chilled out. I went up to the mountains and fished for trout, and it restored my energy again. That’s a good example of it – you can just chill out and get away from the madness, which I love most of the time, but you know, it’s healthy, mentally, just to get away. And you can sort your perspective on life out on the riverbank. You can just meditate. Billy Connelly described it as ​‘meditation with a punchline’, which I really like. You’re sat there, completely absorbed, and if you get a fish it’s a bonus, almost."

Catch Adrian live with Iron Maiden at the following dates next year: