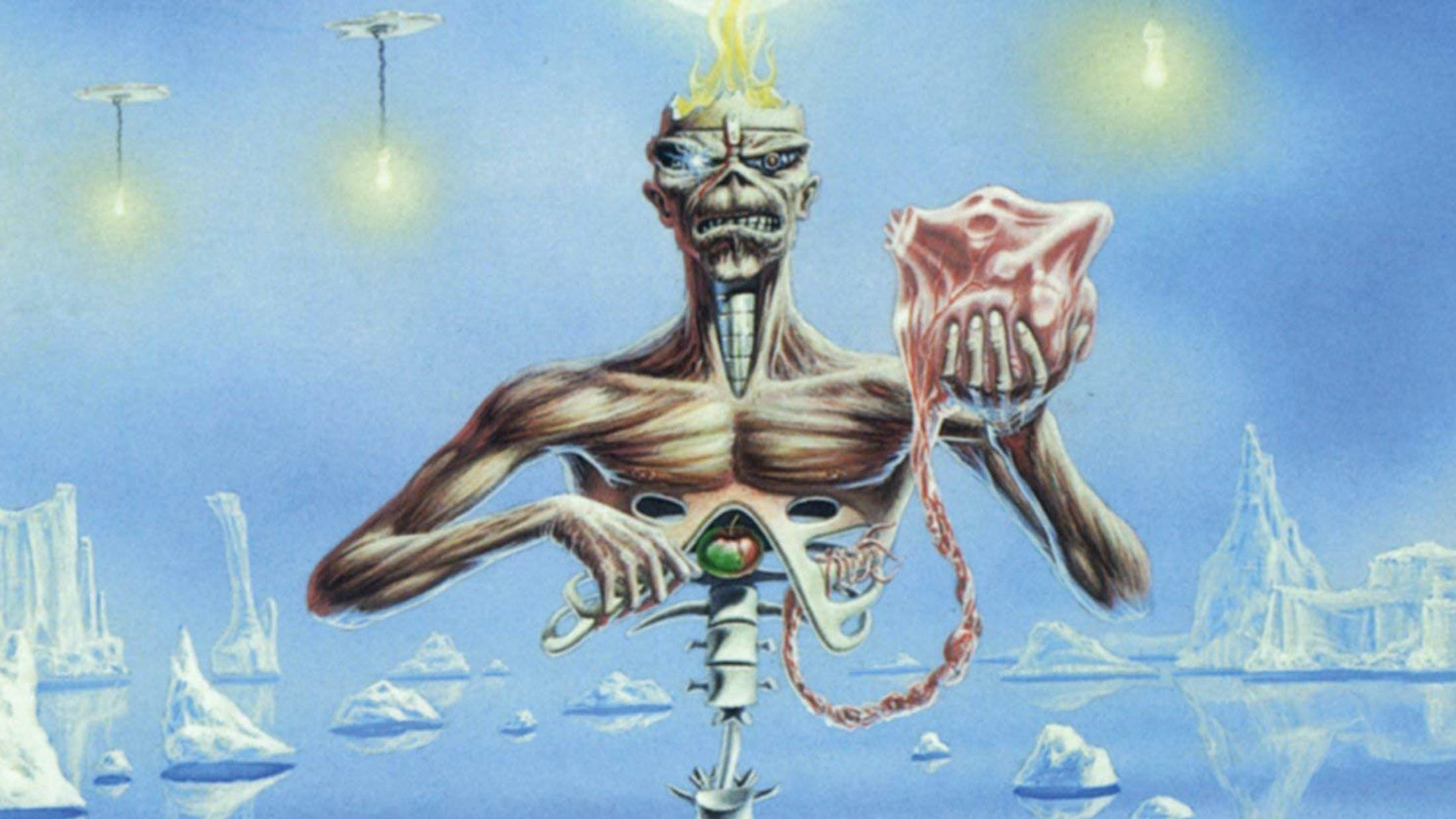 Seven deadly sins, seven ways to win, eight killer songs that would come to typify Iron Maiden at their epic, creative, out-of-this-world best. Seventh Son Of A Seventh Son smashed apart the band’s own limitations with a tale of good vs. evil that would stand as their high-water mark to this day.

“We’ve never managed to pull anything off like this before,” said Steve Harris to Kerrang! in 1988 shortly before its release, as the album was blasted out for press in the fittingly spooky surroundings of a German castle. “For me, it’s like the enormous leap we suddenly made from our first two albums to releasing Number Of The Beast – very much a step forward, a step up.”

He was not wrong. Described by Bruce Dickinson as “a heavy metal Dark Side Of The Moon”, Seventh Son… lives up to that lofty comparison both in terms of quality and ambitious, intelligent creative scope. A concept album telling the story of a boy with supernatural powers – the seventh son of a seventh son, a repeating character in religious tales and folklore – as the songs unfold, it details how the lad is seen as dangerous and a freak in his village for his ability to see the future. However, as the threats against him from his angry neighbours intensify, things go badly wrong, as Bruce notes towards the end that, ‘For all his power, [he] couldn’t foresee his own demise.’

“It’s a classic story of good vs. evil, only with no guarantees whatsoever that it’s the good guys who eventually come through,” laughed Bruce in explanation. “Nothing and nobody comes out of this story unscathed. Which is everyone’s story, really, isn’t it? None of us get through our lives smelling of roses everywhere we go; everything is a constant battle to try and stay sane, to cut through all the bullshit that gets in our way. To find some sort of meaning, some pattern. At the same time, there’s more to it than that. It’s quite a mythical tale, and in trying to tell it we really allowed our imaginations to run free.”

Having felt creatively uninvolved in Somewhere In Time, the singer really put his fingerprints all over its follow-up’s expansive themes, bringing it to life with an eccentric twist on classic British storytelling. While tales of the supernatural and cinematic vision were not new concepts for Maiden, or heavy metal at large, the inventive, original story and dramatic music of Seventh Son… was leagues beyond the simple swords-and-dragons fantasy that had become such a staple of the genre.

It was symptomatic of where Maiden stood in the metal pantheon: massive, but also clear leaders, steering themselves exactly where they wanted to go, undistracted by whatever else was going on around them.

“Mentioning no names, but this whole thrash and death metal thing leaves me cold,” shrugged Steve. “Apart from Metallica, who have done some good stuff, most of the other bands completely pass me by.”

This wasn’t all for the good, though. Maiden’s drive, creativity and relentless work had by this point made them the biggest metal band in the world, and comfortably so. But their status also made them a target. The Number Of The Beast had drawn accusations from American Christian groups and the PMRC of being a Satanic bad influence, to the point where U.S. televangelist Jimmy Swaggart had published a book on the matter, which featured Steve Harris on the cover. Was that going to make Maiden think twice about making a record with such occult-based themes as Seventh Son…? Was it bollocks.

“Jimmy Swaggart? Who’s just been discovered crawling a motel room with a prostitute and then goes on national television to cry about it? You want to know if we’re worried about what people like that will have to say about the lyrics on our new album?” sneered Bruce. “Listen, the day those people stop having a go at us is the day I’ll start getting worried. It rots the brain to even think about the twisted minds of people like that for too long. So we don’t.”

“You can’t allow yourself to descend to their level,” added Steve. “It’s no good getting upset about these fanatics like Swaggart and the PMRC – that’s the reaction they want to get out of you. I say let ’em pull any line they want out of any of the songs from any of our albums and let them twist it around until it suits them, I don’t care. I’m not going to let it interfere with writing exactly what I want to. Besides, whatever we write, they’ll always find something to pick up on and go mad about, so I just try to completely ignore anything they might have to say about us. It’s always the same old cliched Devil-worshipping thing, too. You’d think they’d have thought of something new by now!”

These people didn’t dent Maiden’s progress one bit. In the summer of 1988, the band headlined Monsters Of Rock for the first time, gaining the festival’s largest-ever attendance with 107,000 people turning up to see a bill that also included KISS, David Lee Roth, Megadeth and Guns N’ Roses. Though Maiden’s set would go down as one of the finest to ever grace the Donington stage, post-show they would also learn of a tragedy earlier in the day: during GN’R’s set two fans were killed in a crowd surge, a fact intentionally kept from the headliners until after their performance.

In spite of the terrible tidings, Maiden’s name as the last word in ’80s heavy metal was written in gold. The album was a critical and commercial smash. But it also marked something of a limit. “How are we going to top this? Fucked if we know!” laughed Steve, while Bruce had even loftier things to say about it. “If Number Of The Beast brought heavy metal properly into the 1980s, which I actually believe it did, then with Seventh Son I think we’ve shown the way for heavy metal in the 1990s.”

Back then, you wouldn’t have bet against him. But accurate or not (not, it transpired), Seventh Son… remains an unimpeachably perfect album, standing to this day as the shining, untouchable peak of Maiden’s career.