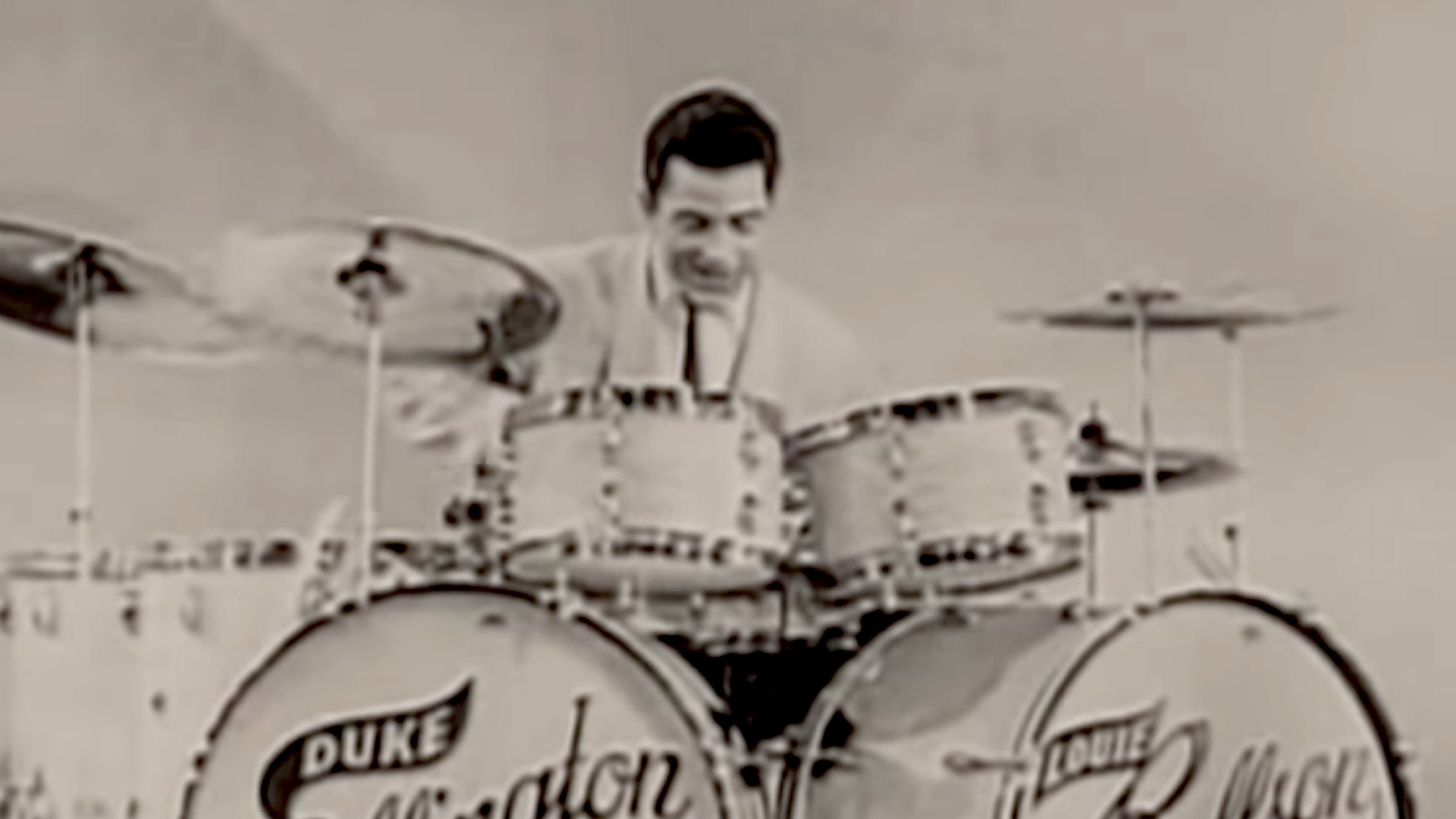 Drummers take a lot of shit for being the silent, stoic members of most bands, but metal is the one genre where they're recognized for the geniuses that they are. It's generally acknowledged that without performers like Dave Lombardo, Gene Hoglan, Joey Jordison and Thomas Haake, metal wouldn't be where it is today. At the same time, listening to the mechanized warfare that is extreme metal drumming, it can be hard to see how the work of old jazz drummers eventually became the furious blasting of the modern-day metal drummer. Now, a video has resurfaced of Duke Ellington drummer and double-bass pioneer Louie Bellson slamming away at the kit that might provide this missing link.

As you'll see in the video below, Bellson is performing a drum solo on the track The Hawk Talks, an upbeat track that begs for a lot of insane drum work. And while Louie is kind of a maniac the whole time -- the dude is an energetic tour de force on the drums -- it's only around a minute and a half in, which the band breaks and he gets a chance to go nuts -- does Bellson go full metal. Most notable is his use of double-bass drumming and his tireless rapping on the snare, which, when coupled, are what metal fans known as the blastbeat.

Watch Louie Bellson pave the way for all the brutalists before him below:

READ THIS: This grandma's drum cover of Disturbed punches ageism in the face

For those versed in big band swing and jazz, Louie Bellson is no stranger, and his talents are the stuff of legend. Not only was Louie an incredible drummer, he was a composer who could perfectly put together songs to his own insane, fervent rhythm. According to Francine Bellson, Louie's wife when he died, Ellington once said to him, "in the beginning there was lightning and thunder and that's you!"

If you want to see Louie play on the full track, here's the complete performance of The Hawk Talks below: