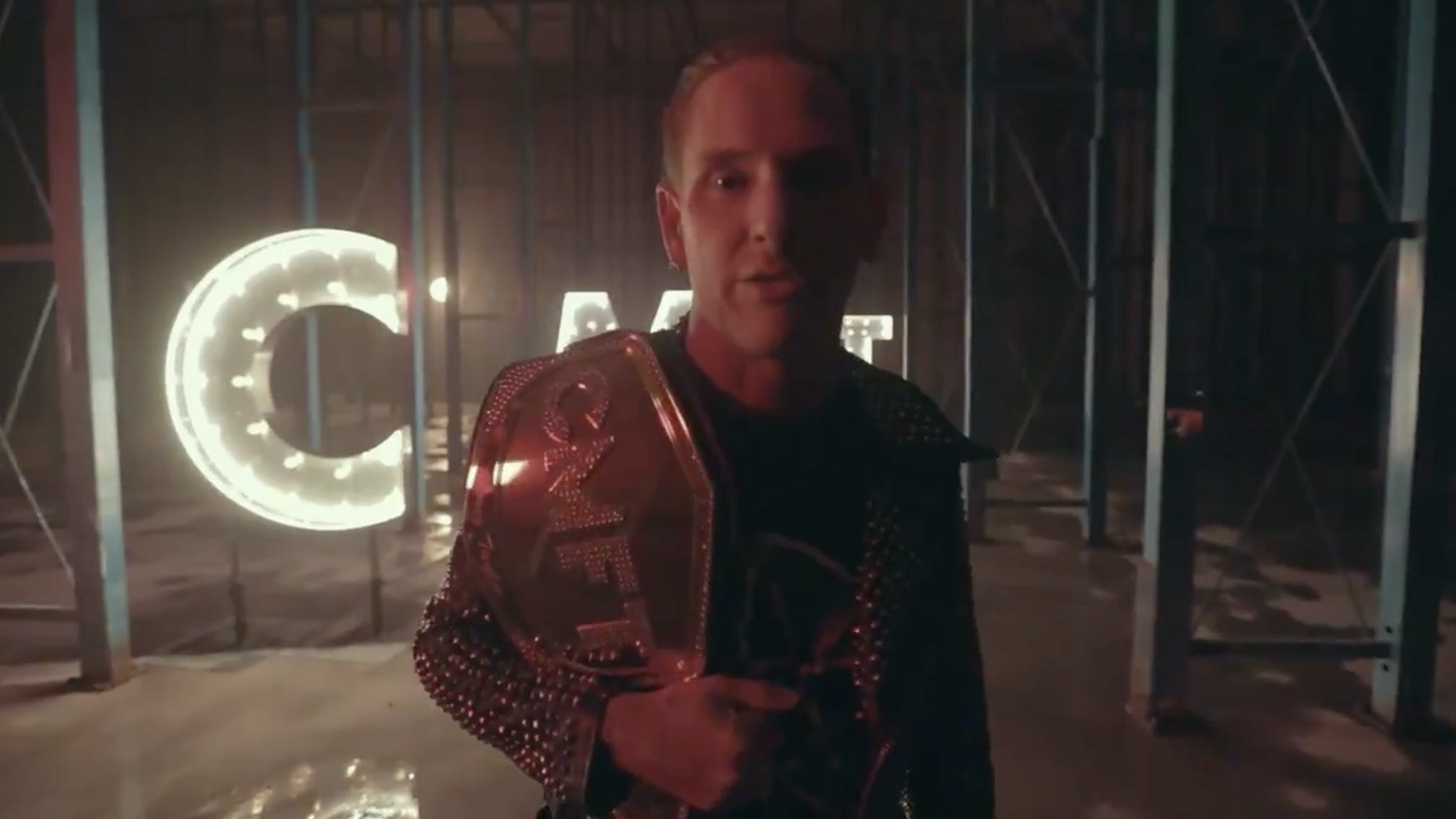 Corey Taylor is up to… something… and with a debut solo album on the way, it looks like he's begun teasing fans with what is presumably a new music video.

In a short, cryptic video in which the frontman is captured standing in front of four huge letters reading CMFT (Corey Mother Fucking Taylor), Corey announces, "We are back, behind the scenes, filming the video for…" before the following words are bleeped out. Gah!

He continues while gesturing to a wrestling belt on his shoulder which also features the words CMFT: "As you can see I've got the championship right here, and if anybody wants to take it… bring it the fuck on."

Previously, Corey has confirmed that his new record will be a "hybrid" of different genres, describing it as "a futuristic throwback".

He also revealed that he wants to release two songs from the LP first – one being "the overall crusher single – really great, huge chorus, big vibe", and another that "is just as fun on the completely other end of the spectrum that people are gonna hear and they are going to lose their minds".

Check out his swaggering first teaser below: