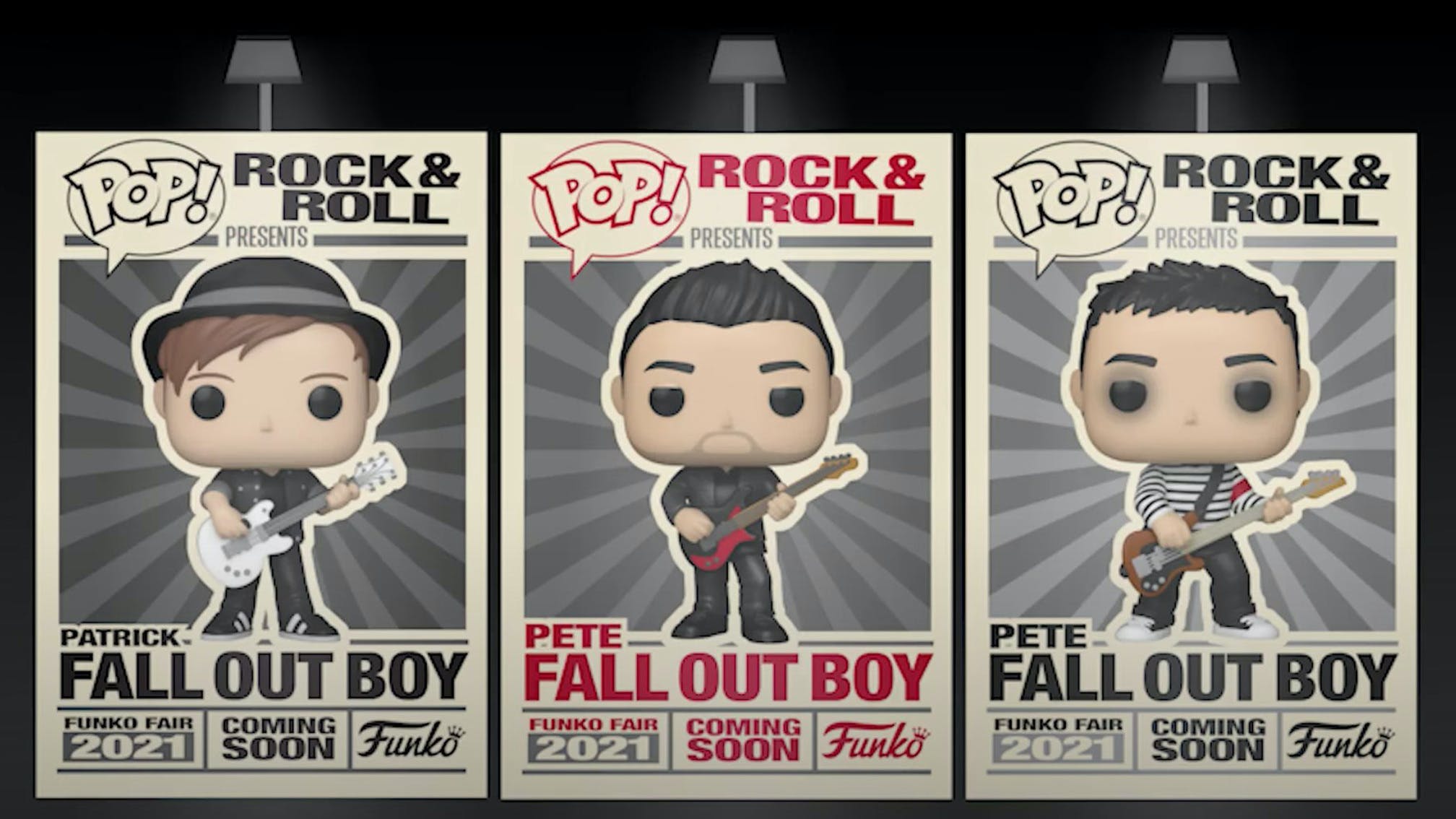 As part of the huge two-week Funko Fair event going on right now, three new Fall Out Boy POP! vinyl figures have been teased – though not officially announced just yet.

Frontman Patrick Stump will be getting his own figure, while bassist/lyricist Pete Wentz is set to have two different items – all three of which are part of the company's Rock & Roll line, with Poison's Bret Michaels, Britney Spears and Aaliyah figures also in the works according to BleedingCool.com.

While Pete gets a modern look and a more 'classic' era figure, Patrick's POP! is very much a current-day iteration. Here's hoping Funko decide to add a sideburns version of Patrick, as well as giving guitarist Joe Trohman and drummer Andy Hurley their own ones, too…

Check them out below:

For more Fall Out Boy goodness, hear the band tell the stories behind their greatest hits on Kerrang!’s Inside Track podcast: