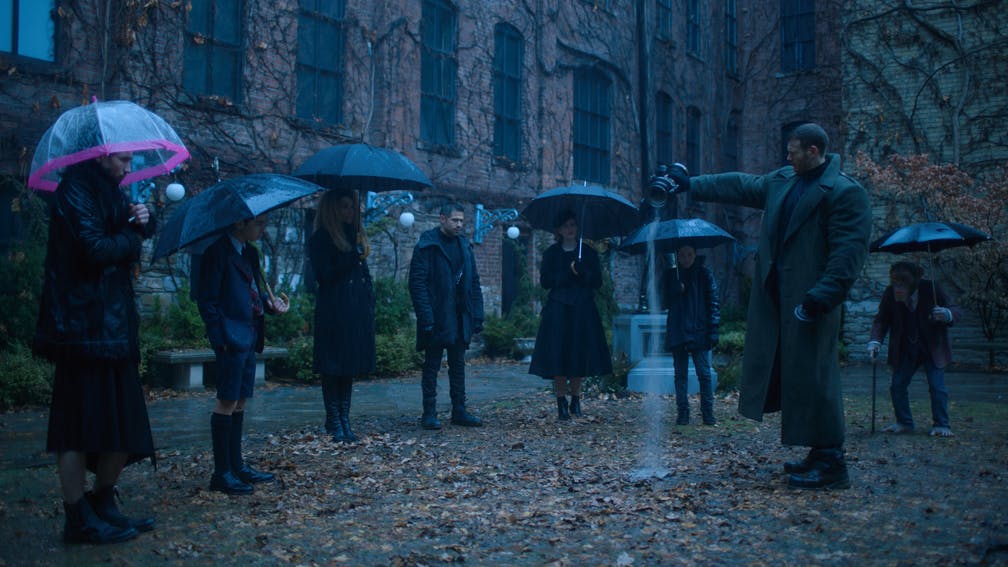 Yesterday it was announced by the GWW that Netflix's Umbrella Academy – created as a comic-book series by Gerard Way and illustrator Gabriel Bá – had already been renewed for a second season, following its February 15 release.

However, it unfortunately looks as though the internet has been getting ahead of itself, as actor Aidan Gallagher – who plays Number Five in the series – has denied the news. "While I have no doubts because I've been to the future (it sucks by the way) – no word from Netflix on a 2nd season has been given to anyone yet." the 15-year-old tweeted. "When it comes they will make it loud and headline clear to all."

Damn. Given the show's massive streaming success, however, surely we can assume that Netflix will commission a second season ASAP?! Fingers crossed…

Gerard recently spoke about The Umbrella Academy's inspirations and where certain characters' traits came from, and admitted that they are partly a reflection of his former bandmates in My Chemical Romance.

"Being in a band is like being in a dysfunctional family and all these personalities are really distinct and really big, not just the people in your band, but the people you meet on the road or the crew that you work with and all this stuff," he told Rolling Stone. "A band especially is a dysfunctional family, so there’s little bits of me in all the characters, there’s bits of some of the guys in some of those characters and the different roles that we would play in the band and how those roles would change sometimes. We were in a big pressure cooker of fame and notoriety and the characters experience that in the comic and the show."