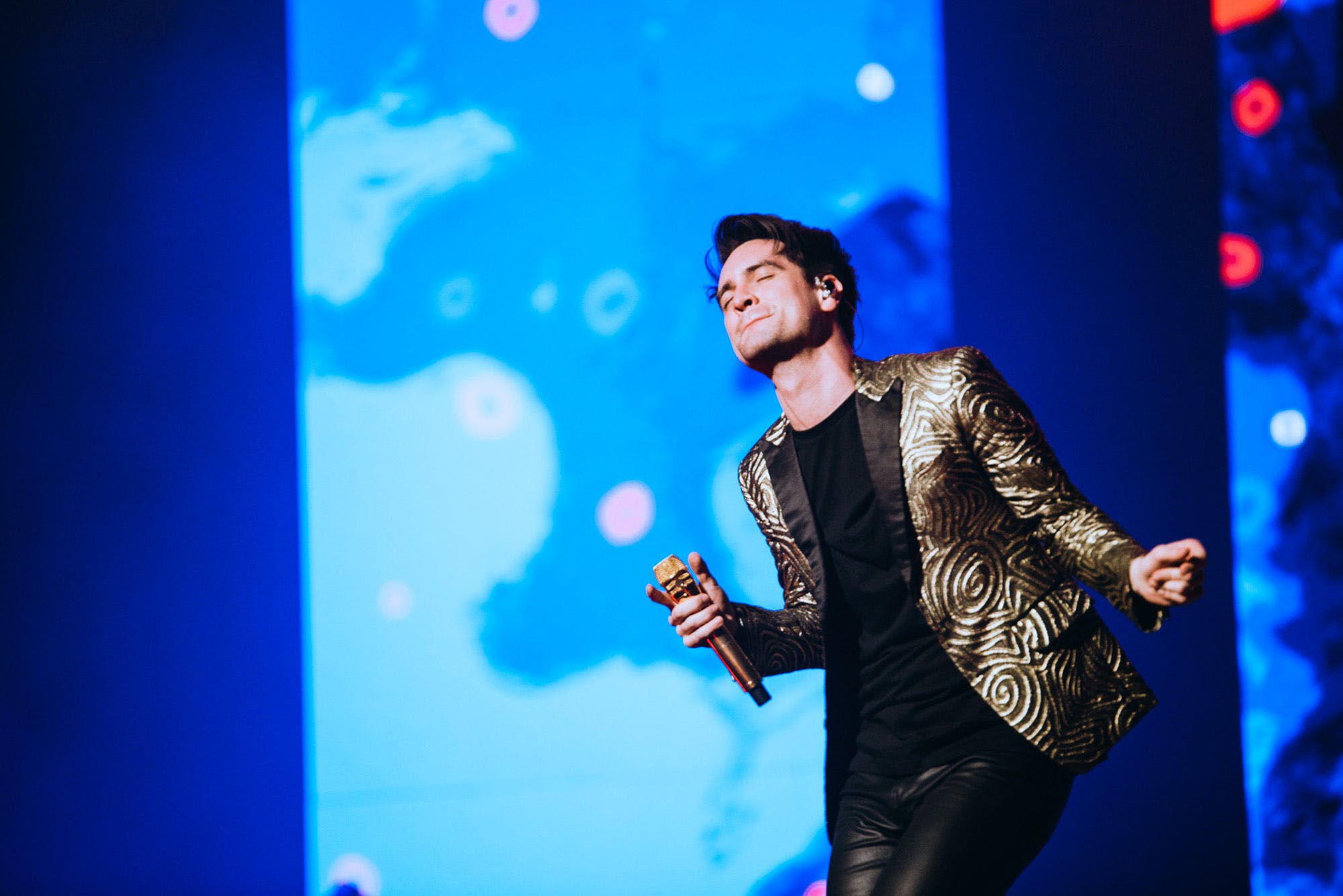 Pray For The Wicked has taken Panic! At The Disco into a whole new realm since its release in June last year, but Brendon Urie seemingly won't be coasting on its success for too much longer.

Having scooped two awards for the record at the 2019 Billboard Music Awards this past Wednesday (May 1), the frontman spoke afterwards to Billboard about a potential Pray For The Wicked follow-up arriving sooner than fans might expect…

“I thought I would take a little more time off and I'm already starting music,” he says. “Not with anything planned in mind, but just working on some ideas. I can't help myself, so I don't think it'll be too long before another Panic! record.”

Interestingly, Pray For The Wicked was also created under similar circumstances, with Brendon expecting to take a break after touring and performing in Broadway play Kinky Boots – and instead being drawn into his home studio to work on music.

“I thought I was going to take a break, and I told myself and my management, I said: ‘The day that I get home, from that day, I want two weeks. I’m not going to pick up my phone, I’m not going to check my email… you guys can’t contact me, I am off the grid! And if I end up alive after that two weeks we can get back to work, but I’m gone!’” he told Kerrang! last year. “So two days went by where I literally was just getting high and playing video games, for two days straight, and it was the best – just laying there so casually, just chilling. And then… ugh… I couldn’t stay away from the studio. So I would just jump to the back yard and just go and do whatever was inspiring to me.”

Fingers crossed for the same again this time around then, eh?

If you haven't already seen it, check out Brendon going full Mary Poppins and giving Taylor Swift a kitten in the video for new single ME!.

From cult pioneers to the genre’s superstars, emo’s discography is rich and brilliant. But what are its best albums? You voted, and here they are…

From the basements of Washington, D.C. to festival headline slots around the world, this is the story of emo's rise to prominence through the music that shaped a generation