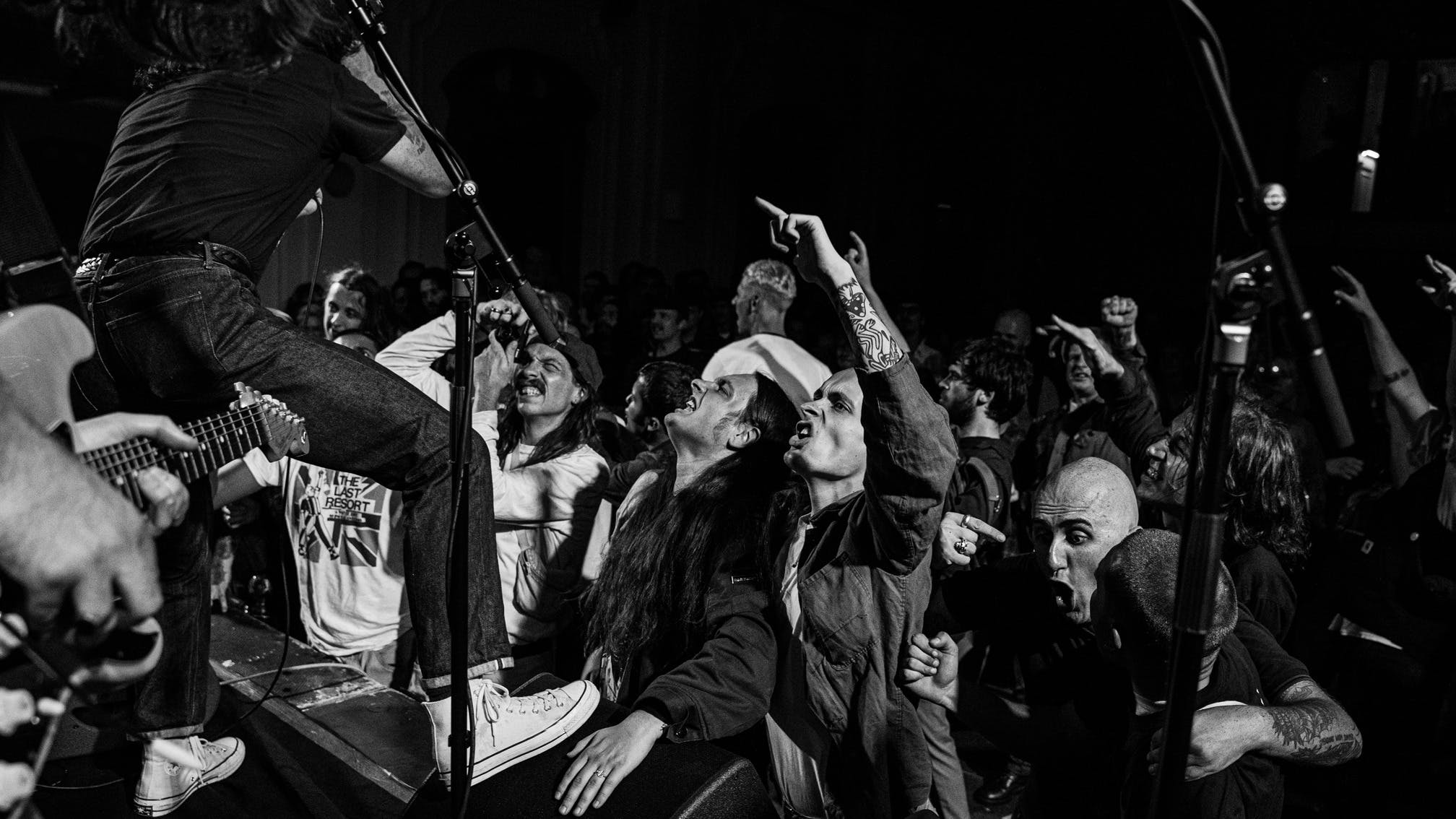 Frank Turner took a deep breath and stepped onto the stage at Clapham Grand in London, for the first gig in the capital without restrictions for 16 long, hard months.

“There was a lot of tension beforehand because it was ‘freedom day’ [July 19] and there was a lot of heat and froth on the internet,” Frank smiles. “But once the doors opened, it was a really euphoric moment and not a gig I’ll forget in a hurry. It was a very emotional evening.”

Those scenes have been replicated all over the country as, slowly but surely, live music flickers back into life after an unprecedented hiatus caused by the coronavirus pandemic. As bands and fans alike joyfully log their first gigs since the lockdown, and mouth-watering tour bookings stretch to the end of 2022 and beyond, it’s tempting to think things are finally back to normal. But for the UK’s gig venues – particularly those on the grassroots circuit that have helped hone the skills of every band you read about in Kerrang! – there is no room for complacency.

The predicted mass closures may not have happened – at one stage the Music Venue Trust (MVT), which represents around 900 independent venues across the country, warned 93 per cent of its members were under threat but, remarkably, only four permanently shuttered during the pandemic. But the MVT also says the sector is now carrying £90million of debt that wasn’t there pre-COVID, which still could threaten the long-term viability of many venues.

“The sector is going to take two or three years to be financially stable in the way it was before,” says MVT CEO, Mark Davyd. “We have to look at where that £90m comes from, because venues won’t be able to carry that level of debt for long.”

That could potentially mean ticket prices have to rise, or band fees get squeezed – the last things anyone wants after a tough 18 months for artists and fans alike. And while the government did eventually come through with financial relief for hundreds of venues through schemes such as the Culture Recovery Fund, it would have come too late for many without independent fundraising.

Frank Turner was at the forefront of such efforts, raising over £260,000 for numerous venues via his ‘Independent Venue Love’ lockdown livestreams.

“Nobody’s going to become a millionaire running an independent venue,” he says. “So these were people who needed help. And I owe a debt of gratitude to grassroots venues. I found my feet as a performer going up and down the country playing every independent venue.

“The last year-and-a-half has really laser-focused in on what’s exciting about live music,” he adds. “When you’re playing to your phone, arguably people can see and hear better, they can press pause, they can watch it in their pants and get cheaper beer out of their own fridge. But it’s a poor shadow of the real thing.

And that has driven fans to rally round their local venues. The Black Heart in Camden, north London, holds a special place in the heart of the capital’s rock and metal community. Denied any government funding in the early rounds of assistance (although some did come through later), it was just weeks away from closure in early 2021 when it launched the #SaveTheBlackHeart crowdfunder, eventually raising the £150,000 it needed to survive.

“It really was touch-and-go,” says Matt Black Heart, the venue’s manager and events booker. “It was obviously a shit situation, but what was really nice was the outpouring of love from the metal community saying, ‘This space is important and we want to keep it.’ It was power to the people in the end, so every cloud has a silver lining.”

Matt says ticket sales have bounced back since reopening, but Camden remains much quieter than pre-COVID. He encourages fans to also spend what they can afford at the bar before, during and after shows, while buying tickets in advance can also help ease the pressure.

“These are tough times,” he says. “We know everyone’s got limited funds, but just remember what the last 18 months were like. Every time you do get to go out, it’s a blessing – so embrace it.”

The MVT says 67 per cent of grassroots music venues report advance sales have fallen compared to pre-COVID times, with 61.7 per cent saying overall turnout is also down. A slower reopening in some UK countries, plus on-going entry restrictions in Scotland and Wales, have also hit attendance.

Fuel in Cardiff is a vital part of the local scene. Bullet For My Valentine guitarist Michael ‘Padge’ Paget and GRAMMY-nominated rock producer Romesh Dodangoda are regulars, and you’ll find Lucas Woodland working behind the bar when he’s not on tour with Holding Absence. Fuel survived through raising thousands with its own crowdfunder and financial aid from the Welsh government.

“Ticket sales are a little bit down,” says Fuel co-owner Rob Toogood. “There are still people out there who aren’t happy about coming to a gig. We’re a small venue, with 160 people crammed in, and there’s still uncertainty about being amongst that many people. And everyone’s noticing the no-shows. You might sell 100 tickets and only get 60 people turn up.”

With an unprecedented amount of gigs scheduled for 2022, however, and the threat of further lockdowns receding, there remains great optimism across the sector. But that doesn’t mean your friendly neighbourhood venue doesn’t need support from fans, bands, music industry and government alike.

The MVT is launching a campaign for more venue operators to own their own buildings, while many want the government to offer support on a regular – rather than emergency-only – basis.

“Grassroots venues get the rough end of the stick,” says Matt Black Heart. “I don’t think we’d be having this conversation if we were involved with The Royal Ballet, who seem to get money chucked at them left, right and centre.”

In the meantime, however, everyone has a part to play in ensuring live music comes back louder than ever.

“Holding Absence did their first gig here, Venom Prison did their second,” notes Fuel’s Rob Toogood. “People need to support small venues and realise that’s where the next generation of their favourite bands is going to come from.”

“I always say, ‘Don’t make this the only show you come to in this venue, pick up a listings leaflet and take a chance on other gigs,’” he says. “The worst thing that’s going to happen is you’ll see a band that isn’t very good, but you’ll still have a couple of pints and maybe make some new friends. But you might just see the next Bullet For My Valentine playing one of their early shows.”

He’s not wrong. Time for us all to step up and dig deep.