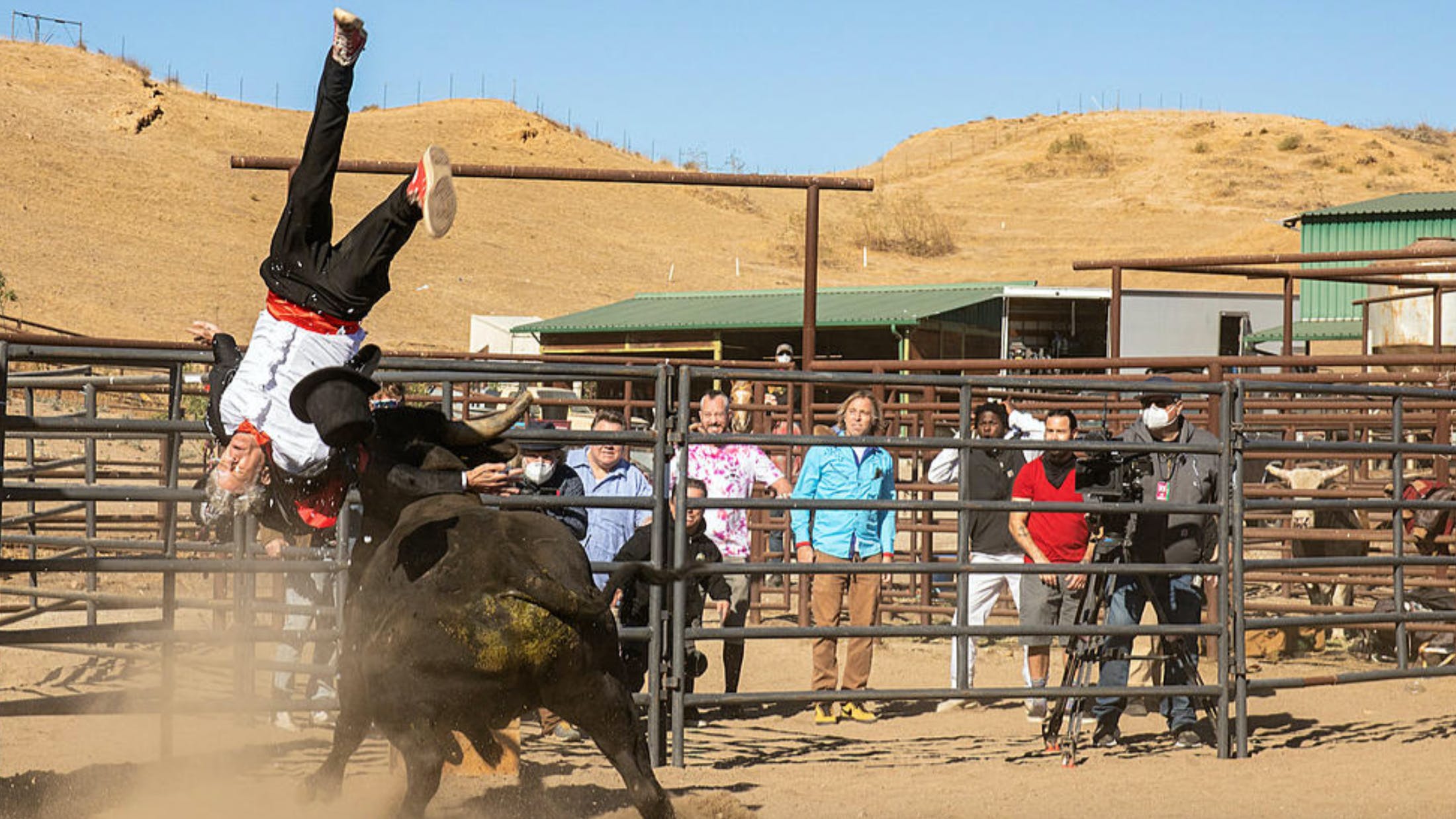 Ahead of the premiere of the official trailer for Jackass 4 next week (July 20), the full movie title has been announced along with a series of typically amusing and gnarly photos.

The official social accounts read: "We're back! Sure, a little bit older and a whole lot grayer, but definitely not the wiser. Catch the trailer debut online Tuesday, July 20, and we'll see y'all in the theaters October 22."

Meanwhile, a synopsis for the movie says: "Celebrating the joy of being back together with your best friends and a perfectly executed shot to the dingdong, the original Jackass crew return for another round of hilarious, wildly absurd, and often dangerous displays of comedy with a little help from some exciting new cast."

See the new photos below: