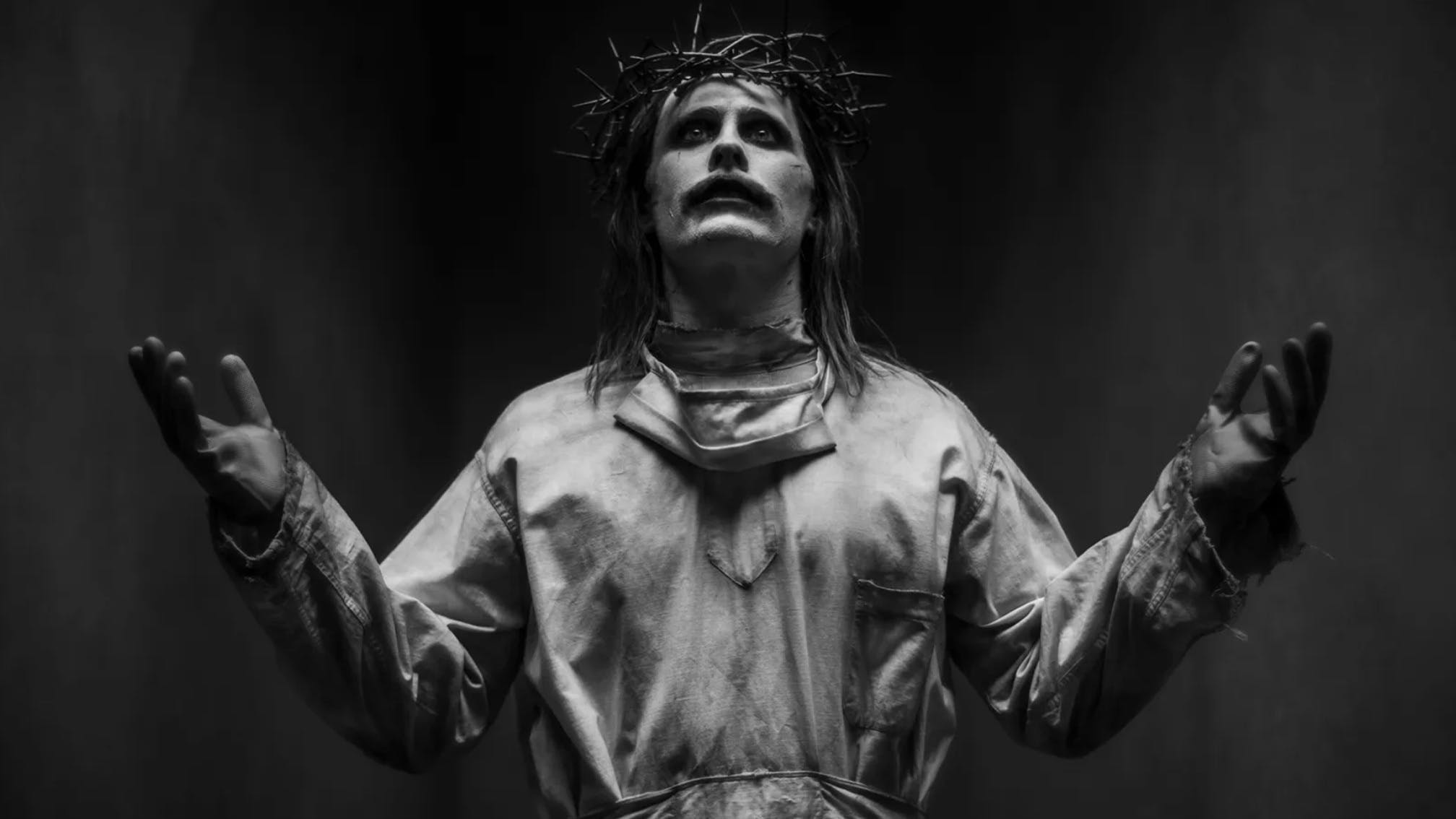 As excitement continues to ramp up for the arrival of Zack Snyder’s Justice League epic next month, the director has shared another glimpse at Jared Leto's Joker with Vanity Fair.

This latest iteration of The Clown Prince of Crime shows Jared with a rather sinister biblical look, adopting a Jesus Christ pose and wearing a crown of thorns on his head – a far-cry from his 'gangster' appearance in 2016's Suicide Squad. It's not clear if he'll have this striking look in particular in the movie, but it's a cool-as-hell photo either way (check it out below, along with some other new Justice League snaps).

On Valentine's Day, Zack unveiled the first teaser for his Justice League cut, with Jared's Joker nodding to the often misattributed "we live in a society" meme during his short cameo at the end of the trailer.

A synopsis for this new Justice League reads: "In Zack Snyder’s Justice League, determined to ensure Superman’s (Henry Cavill) ultimate sacrifice was not in vain, Bruce Wayne (Ben Affleck) aligns forces with Diana Prince (Gal Gadot) with plans to recruit a team of metahumans to protect the world from an approaching threat of catastrophic proportions.

"The task proves more difficult than Bruce imagined, as each of the recruits must face the demons of their own pasts to transcend that which has held them back, allowing them to come together, finally forming an unprecedented league of heroes. Now united, Batman (Affleck), Wonder Woman (Gadot), Aquaman (Jason Momoa), Cyborg (Ray Fisher), and The Flash (Ezra Miller) may be too late to save the planet from Steppenwolf, DeSaad, and Darkseid and their dreadful intentions."

Zack Snyder’s Justice League is out worldwide on March 18.

Read this: Something wicked this way comes: Inside California’s rising darkwave scene