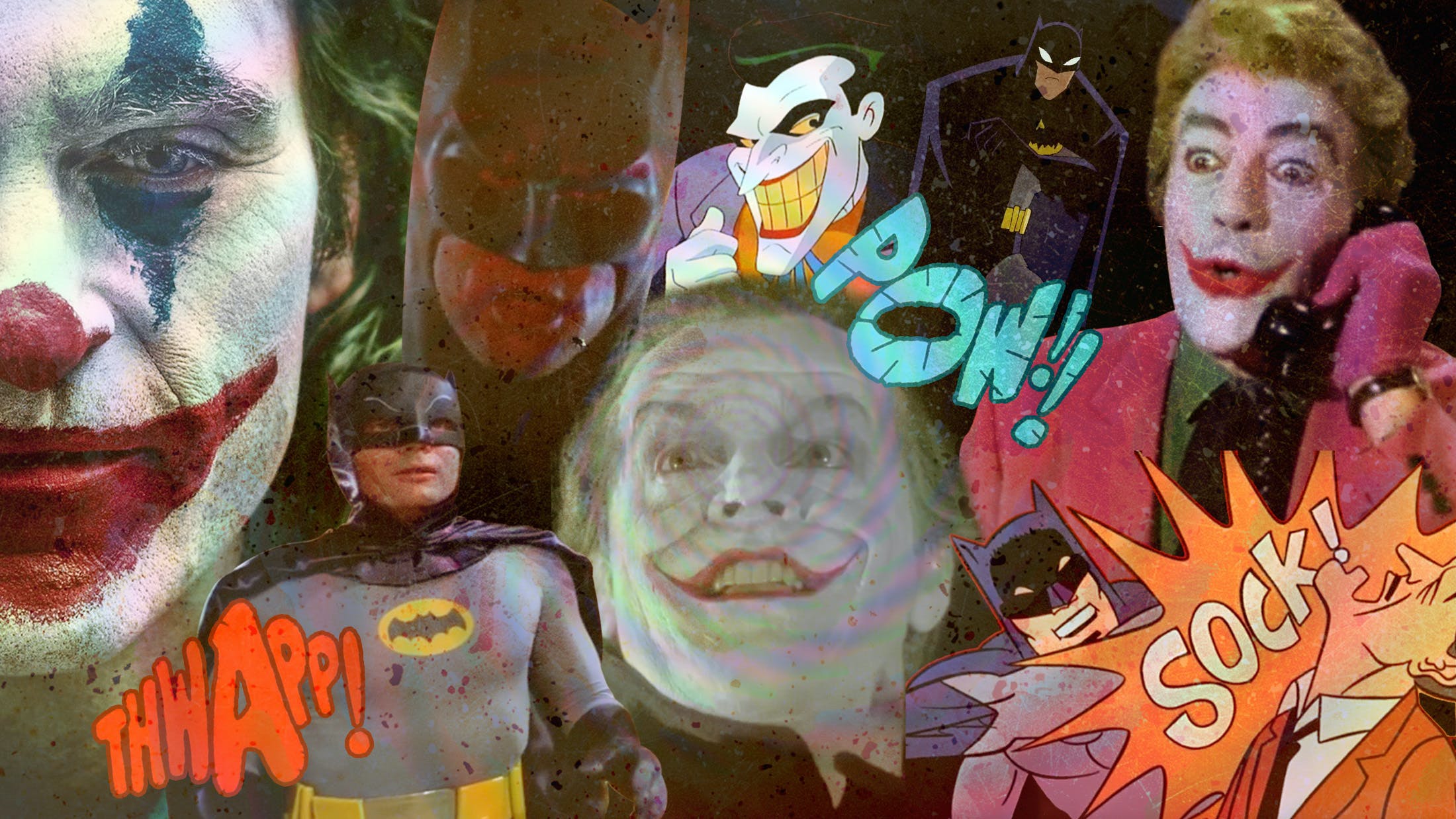 Everyone is talking about the new Joker movie. Released today, the film – directed by Todd Phillips and starring Joaquin Phoenix as the ultimate baddie – has polarised critics, but it’s undoubtedly one of cinema’s most exciting releases this year. The connection between the superhero and rock worlds is well documented, with the likes Gerard Way and his Umbrella Academy series further bridging the gap between the two, but when it comes to Batman and the Joker, you’d be hard pressed to find two rockers more in love with the franchise than Ash Costello and Andy Biersack.

To commemorate the release of Joker, we got the New Years Day and Black Veil Brides leaders together to settle a rather spikey debate: namely, Batman vs Joker – who is the better character? Strap in and prepare to geek out…

READ THIS: What Marvel's Stan Lee mean to me, by Andy Biersack

Team Joker: Ash Costello, New Years Day "There's A Little Joker Inside All Of Us"

“Don’t get me wrong, I love Batman, but I think the Joker is just better. I’m more excited to see a movie about the Joker than I am Batman – there’s just so much to explore with him, and a lot that I think people can relate to.

“We all go a little mad sometimes, and the Joker is the embodiment of that. When people watch the Joker, they think about how they would’ve reacted had they been in his position. I actually think that, despite his villainy, he’s quite an easy character to feel sympathy for. There’s a tiny Joker inside of all of us that, now and again, needs to be let out. One of my favourite Joker quotes comes from the Heath Ledger version in The Dark Knight, where he says, ‘As you know, madness is like gravity… all it takes is a little push.’ I think that’s the perfect representation of just how smart and deep his character is.

“I’m very excited for the new Joker movie. I understand the controversy around the new take on him and the subject matter it explores, but I’ve loved every interpretation of the Joker, and I’m sure this one will be great. Jared Leto and Heath Ledger were both amazing recently, and even going back to the likes of Cesar Romero and Jack Nicholson, every film has brought something different to the table. As for the Todd Phillips movie, I know the fanbase is really stoked for Joaquin Phoenix to play him. Seeing a more humanised version will be awesome, and I think that’s one of the big draws of what Phoenix and Phillips seem to have created.

READ THIS: 12 rock stars who have written their own comic

“The first comic book my dad got me was Batman vs Joker, and I’ve read it so many times it’s falling apart. And the thing is, ever since I was a little kid, I’ve always loved the Joker more than Batman, without question. I can relate to his maniacal character – I like how he’s driven by passionate madness. I’ve always been someone who feels affinity with the villains rather than the heroes and princesses.

“The Joker has a touch of romance to him, particularly with regards to Harley Quinn and their tumultuous relationship; they keep trying to blow each other up, but then they always find a way to reconcile. I love the two of them together, and I know some people might say that I’m supporting an abuser and an abusive relationship, but I’m not – I’m just fascinated with these characters, the Joker especially. I think all the outrage about the Joker should be reeled in a little bit. He’s a great character, and it’s important to remember that, first and foremost, these are heroes and villains that were created for kids. We shouldn’t forget that – let’s embrace what this fantastic character has to offer.”

Team Batman: Andy Bierack, Black Veil Brides "Batman Is About Having A Dark Side That You Use For Good"

“I think the position Ash has taken is a tough one, and credit to her – it’s hard to defend a character who wouldn’t exist had their nemesis not been created first. And I love the Joker – he’s actually my favourite enemy of Batman’s – but you have to have the ultimate hero before you get the ultimate foil for them. The reason so many people love the Joker, in my opinion, is because of Batman – compared to him, a lot of superheroes are plain boring.

“Batman has been loved for over 80 years, but I also understand that, after all that time, people can grow tired of cheering for the same hero, so they gravitate towards the villains. In terms of me as a performer, though, I feel like Batman is the best representation of those of us who get up on stage; this is a guy who doesn’t have any superpowers, and like a lot of kids who want to be rock stars, he doesn’t possess these flawless talents that amaze everyone. There are virtuosos, sure, but many of us in the rock community are people who grafted hard and taught themselves these skills. We made ourselves into good musicians, and Batman is the same; he created this heroic version of himself, despite being scared of what came with it, in order to defend the downtrodden and avenge the death of his parents.

“Thinking about my emotional connection to Batman, my Andy Black record The Shadow Side is a musical reflection of what he is – it’s about having a dark side that you use for good. That’s something I’ve wanted to do since the early days of Black Veil Brides, and it feeds into the whole Andy Six character I created and the make-up and costumes I wore. Similarly, Batman is the one guy in the Justice League who doesn’t have any superpowers, so he has to do things differently, work harder and be smarter than everyone else in order to be a hero.

“It’s hard for me to understand why anyone would consider the Joker a character worth looking up to, because he’s a homicidal maniac who destroys lives. I get the appeal from an aesthetic standpoint – people dress up and cosplay as him and Harley Quinn, and that’s cool – but from an emotional perspective, I feel like Batman has the greater journey. I was an only child who felt lonely growing up, and that meant I could associate with the situation Batman was in; he was a brooding loner and, especially in the Tim Burton films, kind of a weirdo. I genuinely believe Batman is one of the greatest characters of the entire American literary canon.

“I understand that, from a psychological perspective, the Joker is a complex character that some people feel sympathy for, but there are versions of him that are just plain horrible. I’ve been in that place, especially in my drinking days, where I’ve related to the hate he has for others, because Black Veil Brides used to get a lot of shit; I famously mooned thousands of people at Download Festival, and that was me playing up to the court jester and pissing people off in the way the Joker does. Again, it’s important to say that I do like the Joker – I have a Joker tattoo, so I clearly don’t hate him – but Batman is just better.

“I’m really intrigued about the new film and the more empathetic take on the Joker they seem to be going with – it’s important to analyse how our culture and society can have serious negative effects on people. We shouldn’t simply vilify people when they snap – we need to try to understand what’s gone wrong for those that are struggling. So, yes, the Joker is a great character, but Batman will always be my guy.”