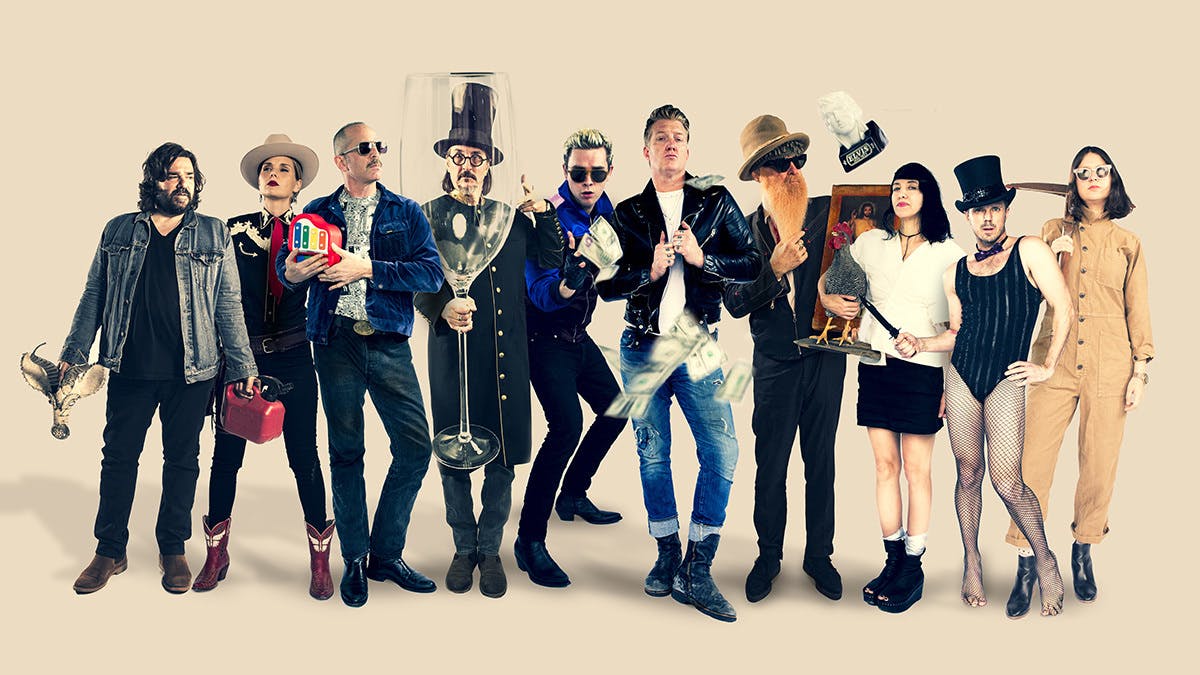 Josh Homme's Desert Sessions project has released its eleventh and twelfth instalments today, alongside a video for the track Crucifire – featuring Mike Kerr from Royal Blood on vocals.

“Crucifire was written on purpose because there needed to be something up-tempo and short, a song that catchy, that just went, ‘Hey!’," Josh Homme told Kerrang!. "It felt like we were running the risk of having every song become this episodic, individual uncontainable thing. Strangely enough, it felt like everything was so individual and uncontained that people would say they’re all the same because they’re completely different.”

The video for Desert Sessions' Easier Said Than Done is… just… we have no idea.

Desert Sessions Volumes 11 & 12 Will Be Out in October