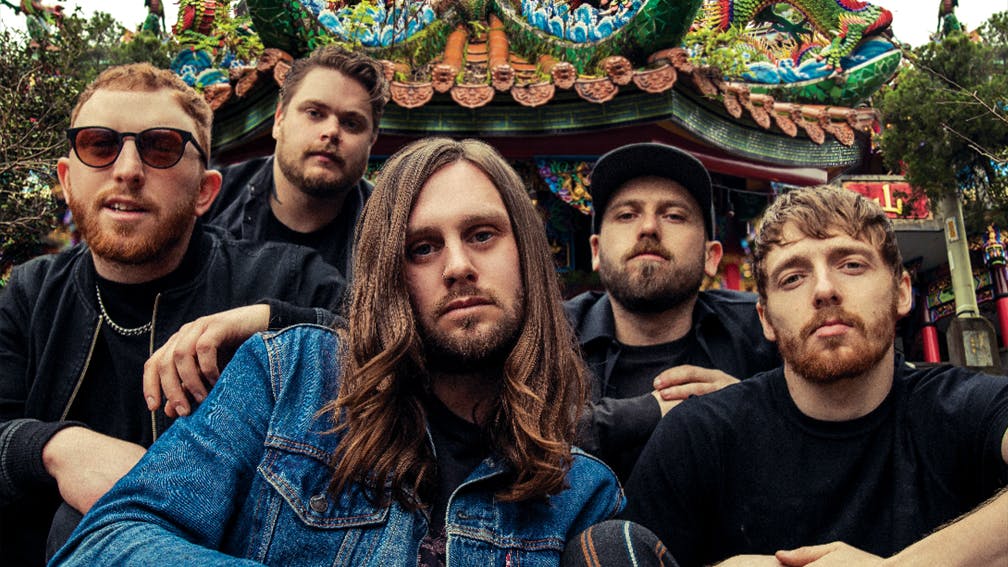 Having dragged themselves from the Yorkshire underground to the international stage, While She Sleeps invite us aboard the SO WHAT? world tour in Taiwan to reveal how personal struggle, political strife and learning to let go are but milestones on their unending journey towards the horizon…

Plus, celebrate the return of While She Sleeps to the Kerrang! cover by treating your walls to a killer art print, which we've teamed up with the band to bring you for free. Everyone's a winner!

Elsewhere in the magazine this week, Parkway Drive frontman Winston McCall is put through his most revealing interview ever, Frank Carter has a massive rant about making gigs a safe space for all (amen, sir), Dream State give us a big, exciting update, we tag along on tour with The Struts for an access-all-areas view of their glorious homecoming victory parade, and Angel Du$t frontman/punk rock renaissance man Justice Tripp proves he's got a sensitive side…

In the reviews section, meanwhile, Harrogate new-nu-metal crew Blood Youth face their demons on their raging second album, and Lamb Of God guitarist Mark Morton jams with mates on his solo debut. On the live front, Good Charlotte crank the nostalgia up to 11 at an explosive London blowout, Enter Shikari raise money and spirits at their intimate charity gig, and the man in the hat, Slash, brings all the riffs to London.

All this and more is available in the new issue of Kerrang! – which you can get anywhere in the world when you order online through Newsstand. But for UK residents, it hits the shops on Wednesday, February 27 from all good newsagents.