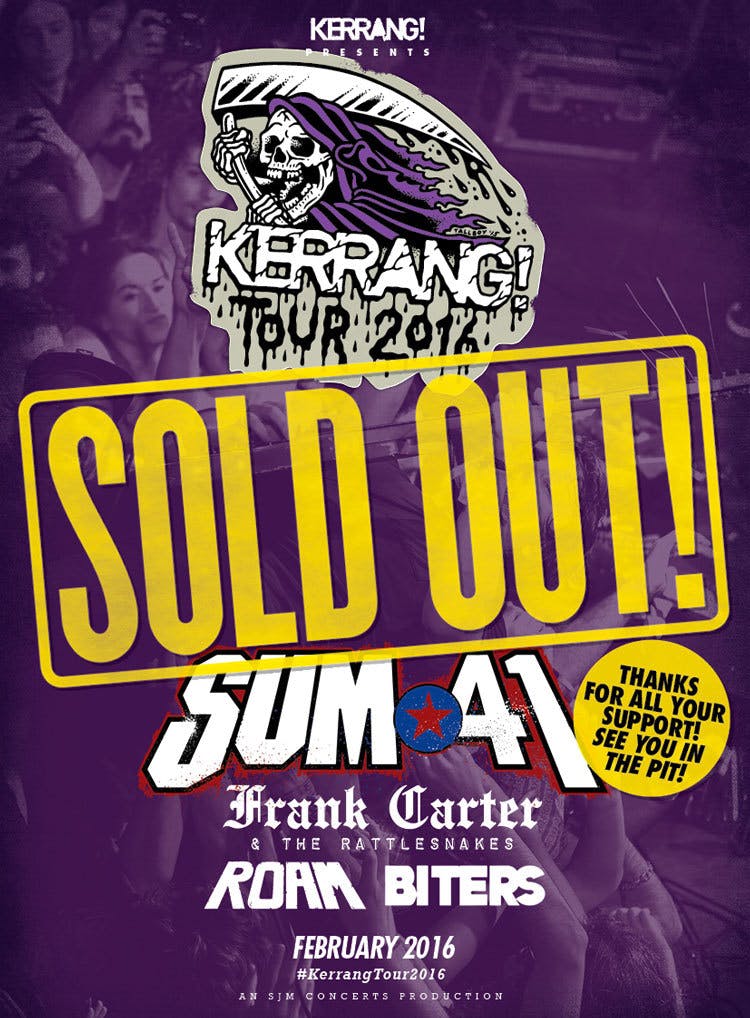 The Kerrang! Tour 2016 is almost upon us, and what better way to prepare for it than by checking out the new grindhouse-inspired video by its opening act, Biters! Taken from their latest album Electric Blood, the video for 1975 stars Biters frontman Tuk Smith as Dino “Body Bags” Deluca as he faces off against a deadly girl gang out for revenge. And let’s face it, you just don’t get that with a new City And Colour video.

Speaking about his experience making the video, Biters frontman Tuk Smith says: “This is the most fun I’ve ever had making a video. You can’t go wrong with a switchblade-toting girl gang! It’s a nod to ’70s grindhouse cinema and it’s a whole lotta fun!”

Please remember folks: it’s not cool to go around attacking people with switchblades. You can only get away with that if you’re cast in a Biters video set specifically in the ’70s.

You can watch the video for 1975 below, and don’t forget to leave us your comments!

Biters will be playing the K! Tour this month alongside Sum 41, Frank Carter & The Rattlesnakes and ROAM. It’s officially sold out, but let us know if you’re coming along! See you in the pit.

Tuk gives us a very informative (and slightly gross) tour of Biters’ van on the Manchester date of the Kerrang! Tour 2016…

The K! Tour is almost over, nooooo! Thankfully, Manchester made the second-to-last night one to remember…

Another amazing night with Biters, ROAM, Frank Carter & The Rattlesnakes and Sum 41? You betcha…

After a day off yesterday, the bands arrive at Newcastle Uni fresh for the second half of the tour…

The best show of the tour so far? Quite possibly…

Sum 41, Frank Carter & The Rattlesnakes, ROAM and Biters hit Cardiff for night two of the Kerrang! Tour – and this is what happened…