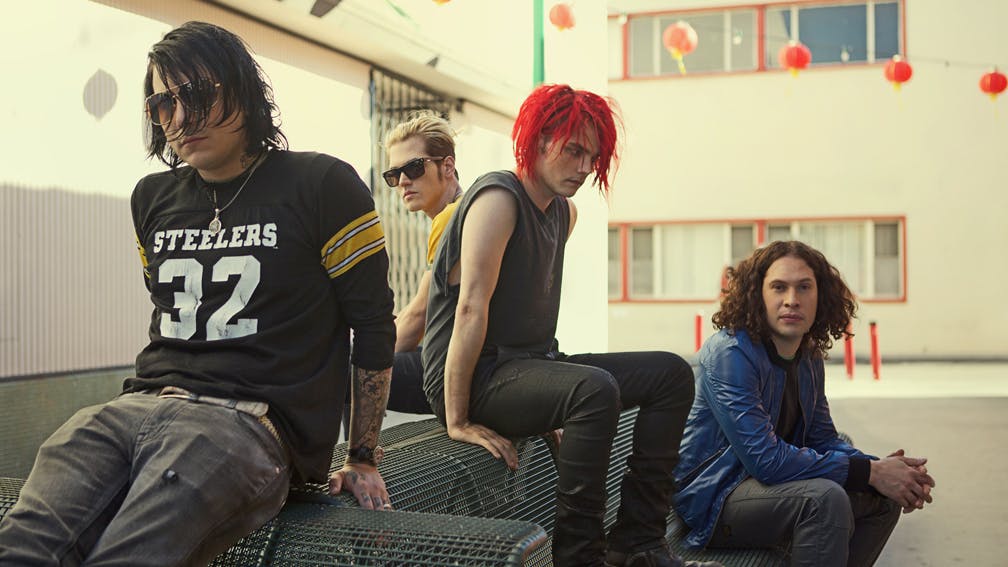 Last week, three festivals were announced in celebration of the 25th anniversary of the Vans Warped Tour.

Featuring some of the scene's biggest bands – from blink-182 to A Day To Remember to The Offspring – Warped's quarter-decade celebrations look set to be absolutely massive.

Of course, though, fans couldn't resist asking founder Kevin Lyman about acts that weren't on the line-up – including the long-since-disbanded My Chemical Romance.

"If we can get My Chemical Romance back together can we please get [them] at Warped Tour Atlantic City?" asked Sami-Jo.

Kevin's response? A simple: "I tried."

He then added in a separate tweet: "It would have been epic to have them. Remember the first time I saw them, they were traveling in a van. They played both Warped and Taste Of Chaos that year and every show was special."

For those in need of a fresh MCR fix, the band are releasing a special, new vinyl edition of The Black Parade Is Dead! for Record Store Day.

Former My Chem frontman Gerard Way, meanwhile has been busy working on The Umbrella Academy’s live-action TV series, which is out now on Netflix. Here’s what we learned from our binge-watch of it.