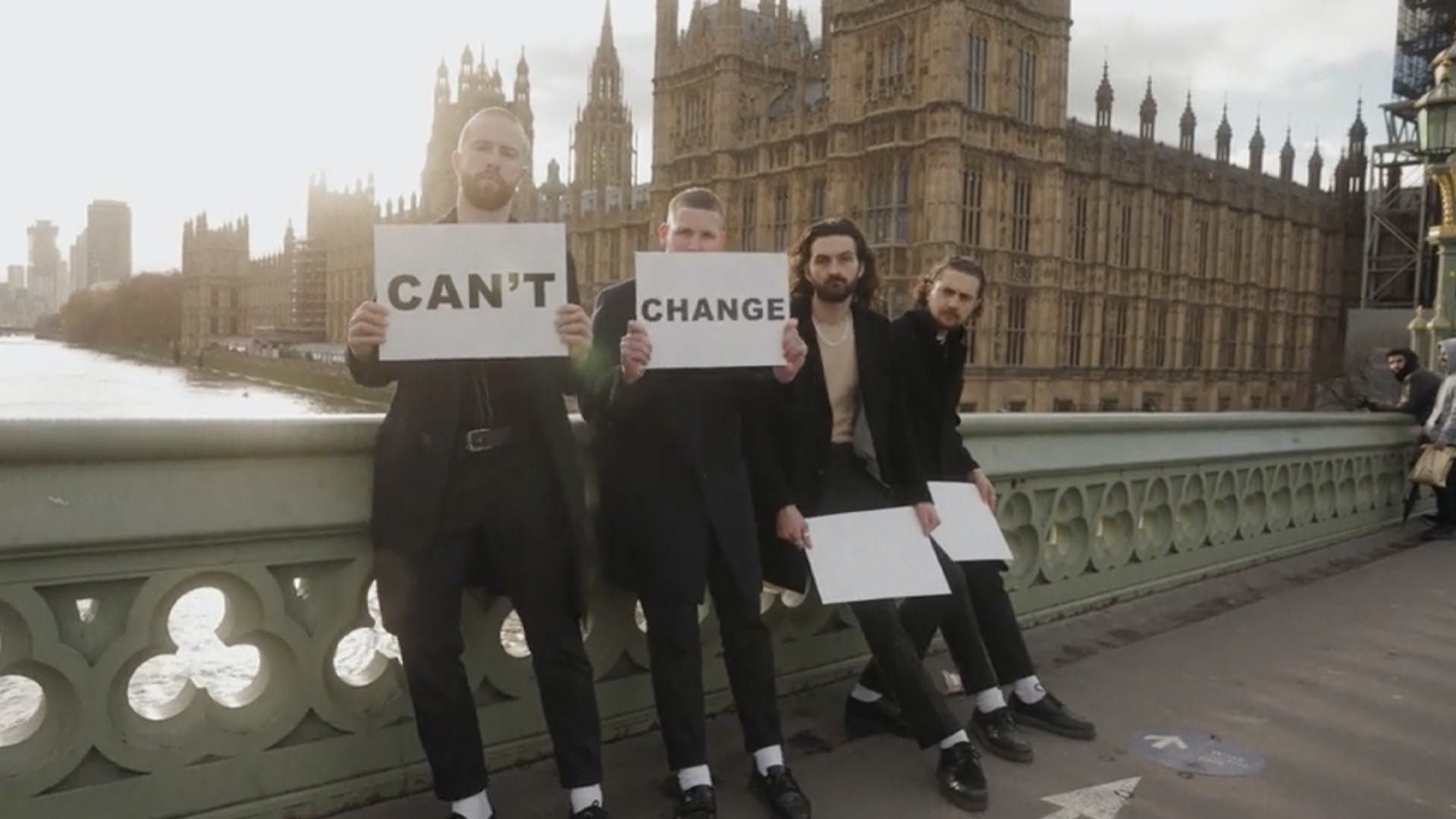 Today, two of the UK’s most exciting and important young bands, Kid Kapichi and Bob Vylan, have joined forces on rousing new single New England. Its timely arrival comes as the controversial Nationality and Borders Bill makes its way through the House Of Lords – a legislation which this week one hundred civil society figures labelled “overtly racist”.

Based in Hastings, Kid Kapichi vocalist and guitarist Jack Wilson not only knows of asylum seekers crossing the channel through his hometown, but with Cypriot heritage he has experienced first-hand the importance of immigration.

Here, he writes an open letter about the bill, the UK government, and fighting back…

When I think back to my childhood, I remember big family dinners outside in the sun. Uncles and aunts that weren’t really uncles and aunts, amazing home-cooked food being prepared, and the smell of cigars being smoked nearby, as my grandfather sat and looked on in his three-piece suit. He would always wear a three-piece suit. Some for special occasions, some for gardening, and even some for prepping meat in the smokehouse he built down the end of the garden. If you’re picturing scenes from The Godfather, then you’re not far off. This was typical for a Cypriot family get-together, and typical for my upbringing.

My grandparents moved from Cyprus in 1951 and made a life for themselves in Hastings. There was often talk of politics as they worked closely with the socialist party of the time. My great-grandfather, Costa Kalopsidiotis, was involved in supporting immigrants who were fleeing their countries as well as hiding Jewish families during WWII.

When I was growing up, my parents housed a family of Albanians who fled their own country to save the lives of their four very young children – the eldest being seven, the youngest, a baby of 12 weeks. These memories continue to have an impact on my beliefs and attitudes, and this is something I admire my parents and generations before them, greatly for.

But as we move into 2022, I wonder and I worry about how generous acts, such as these, would be perceived now.

These are just a few of the Orwellian policies contained in the new Nationality and Borders Bill that was recently passed in Parliament.

We live in a confusing time, people are more divided than ever, and people are scared. It is exactly times like these that the most devastating movements thrive, intensify and pick up pace under the veil of ‘National Security’ and other such sleight of hand tactics.

I argue that it is exactly times like these in which we need to recognise where we are right now, and how taking the wrong path could lead us into familiar and horrible territories. Territories our grandparents and great-grandparents fought to dismantle. Have we learnt nothing from the past?

What I take from this is that the people in power will always push the limits of what is acceptable, and it is our job to tell them that it is, in fact, unacceptable. Our government have proven time and time again that change only comes when they are directly held to account and the risk of losing power looms.

This is fascism happening right before our eyes and it’s time to call them out.

I ask you, when you look back in years to come, at family meals in the sunshine, will you tell stories to your children of how you fought back? I really hope so.

As a descendent of immigrants, but with an English surname, pale skin and blonde hair, I’ve always been treated like ‘one of the gang’. Something that has increasingly felt like exactly that: a gang.

My grandparents made a success of their lives, and I like to believe they enriched the local community. I hope that many more make it to these shores and build their own success stories and continue to add flavour to this melting pot of a society. Because after all, the things that make this country great are our people, our movies, our music, our food and hopefully one day again, our acceptance and openness towards the rest of the world.