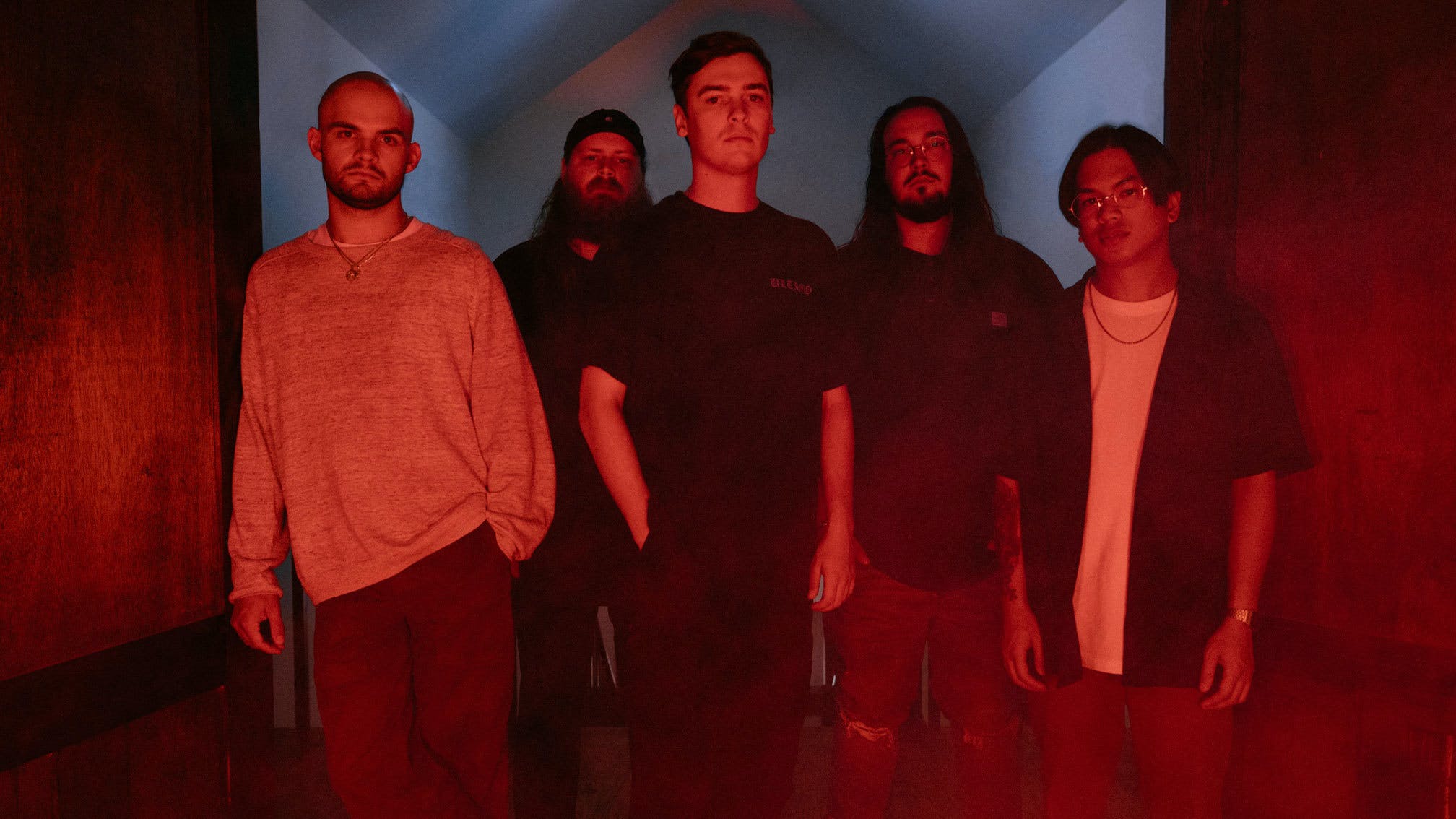 Following some cryptic teasing on socials earlier in the month, Knocked Loose have just dropped an incredible surprise EP and accompanying animated film.

The release, which is entitled A Tear In The Fabric Of Life, is a story written by Bryan Garris, which the vocalist says is "about extreme grief and the levels a person is willing to go through to get rid of it".

He elaborates: "The story follows a main character through a traumatic car crash late one night in the woods that leaves his partner deceased, and from there you spiral with him into the depression and guilt that comes with being the cause of something so detrimental.

"This is the first time we really dove in and tried to create something sonically that evokes a different range of emotions and over all something that introduces tension and anxiety with a massive pay off.

"The story is told not only through words but through the music as well, which proved to be our biggest challenge in writing. Lyrically this story ended up being much more personal than we initially intended.

"We started with the idea to tell a fictional story but throughout the process, I found ways to incorporate real feelings of loss and mourning, as well as anger and self doubt. I’ve always been a very personal writer and this was originally a step away from that, into something more artistic. But in the end, it was just as therapeutic as writing a regular Knocked Loose record, and I think you’ll be able to hear that.”

Director and animator Magnus Jonsson adds: "I always want to create something that complements the music, works within its structures and hopefully enriches the experience for the audience. With a longer format around 21 minutes, covering six tracks, I knew this dark ghost story was a very interesting challenge to explore in animation. I took the story presented in the songs and anchored that into a visual world.

"I wanted to create an intense nightmare, focusing on the emotional states of Bryan’s main character. I created visuals that bring the audience deeper into this story of a spiralling descent into horror and destructive madness – taking a minimalistic and sometimes even abstract approach to many parts of the image making, creating unease and an eerie atmosphere."

Watch A Tear In The Fabric Of Life below:

See the full A Tear In The Fabric Of Life tracklist:

1. Where Light Divides the Holler
2. God Knows
3. Forced to Stay
4. Contorted In The Faille
5. Return To Passion
6. Permanent

And the EP artwork:

Catch Knocked Loose and Terror live at the following dates next year:

And see both bands at the 10th anniversary of Outbreak Fest in Manchester in June.

Plus, watch Knocked Loose absolutely crush The K! Pit back in 2019:

Read this: Why Knocked Loose’s A Different Shade Of Blue was the best hardcore album of 2019