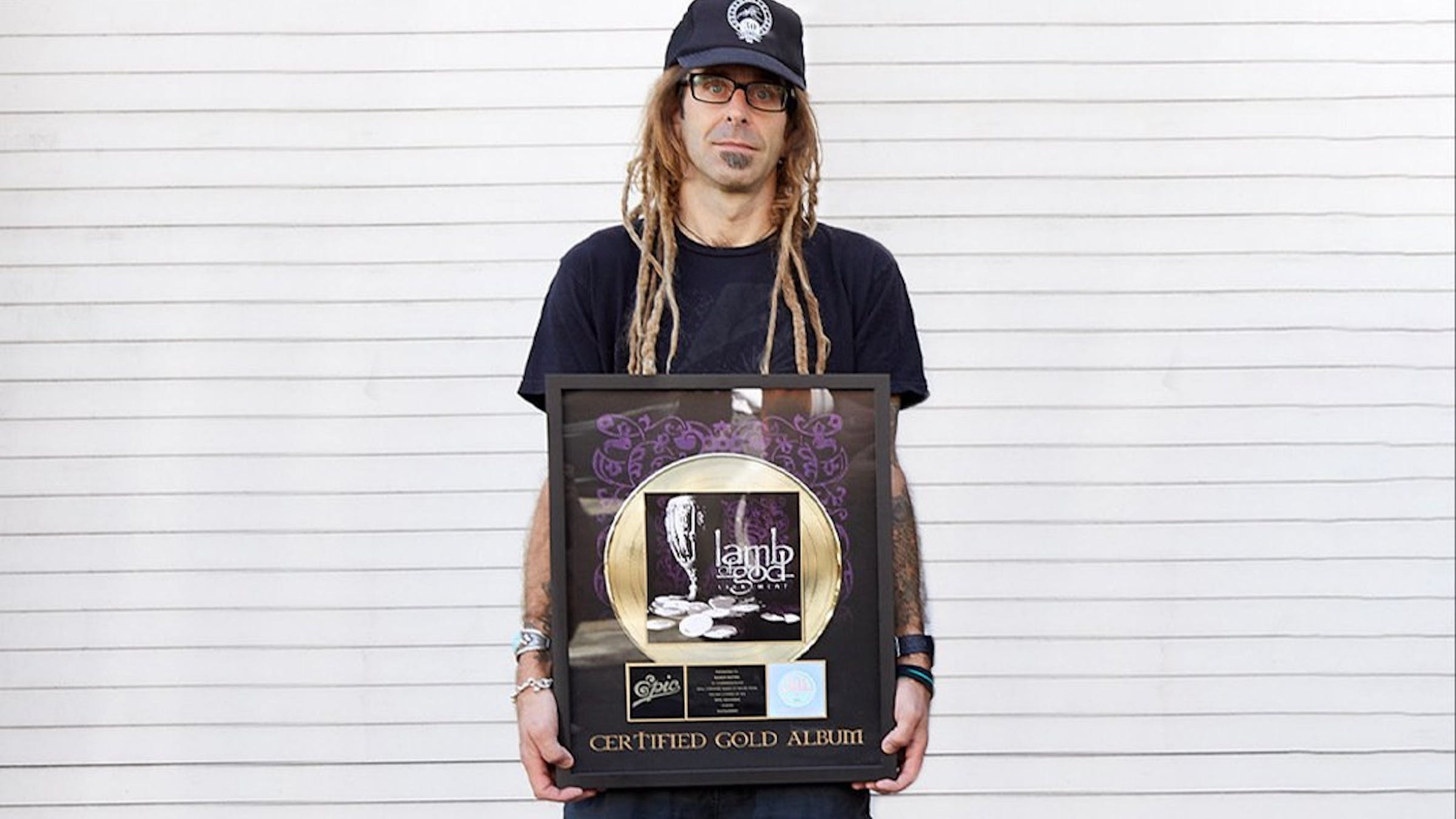 Randy Blythe, vocalist for Richmond, Virginia, metal crew Lamb Of God, is known throughout the music world for two things: screaming like a haunted scarecrow spat out of hell, and fighting the good fight. Earlier this year, the frontman helped quiet a Westboro Baptist Church protest with a boa-clad kazoo protest. Now, he's auctioning off some of his own memorabilia for a good cause -- to help fight breast cancer.

A Propeller auction has been launched to benefit Libby's Legacy, a charity working to fight breast cancer. The prizes of the auction are a gold album plaque for Lamb Of God's 2006 album Sacrament and hand-written lyrics to the band's hit song Again We Rise.

"Lamb of God's album Sacrament'was certified Gold in the US this year. And lead singer Randy Blythe is giving his personal one-of-a-kind Gold Record plaque away to one lucky fan in an effort to help fight breast cancer.

"All you have to do is make a tax-deductible gift (of any amount) to Libby's Legacy to be entered for a chance to win.

"The winner will also receive handwritten lyrics from Randy for "Again We Rise."

A little bit about the charity: The Mission of Libby's Legacy Breast Cancer Foundation is to provide comprehensive services to the underserved through education, mammograms, and follow-up diagnostics on the journey from diagnosis to survivorship with the compassion to ensure no one fights alone.

More information about Libby's Legacy can be found at their website. But in the meantime, if you have a couple of bucks to spare around the holidays, there's no reason not to enter this auction -- it's for a great cause, and could get you a one-of-a-kind piece of music memorabilia.

READ THIS: Lamb Of God's Randy Blythe - The 10 songs that changed my life