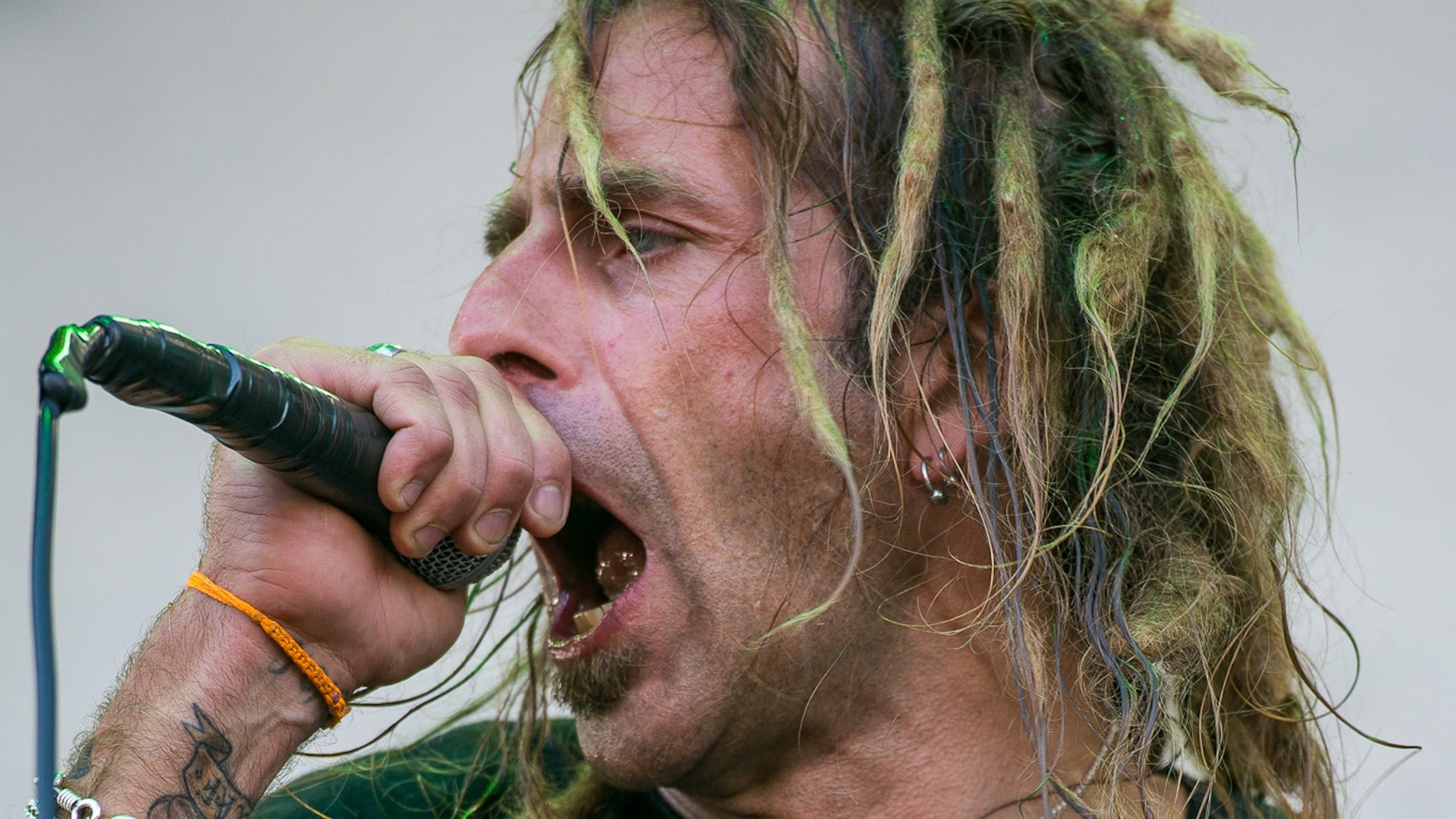 Randy Blythe, singer for Lamb Of God and, as of recently, Over It All, has always been pretty hardcore about politics and not letting bullies push him around for what he believes. So when homophobic Christian group the Westboro Baptist Church announced they were going to protest Virginia politician, metalhead, and trans woman Danica Roem, Randy decided to organize a rebuttal...in the form of a kazoo champagne jam.

Randy posted the following on his Instagram, calling all Richmond residents to take up their kazoos and join him in a peaceful counter-protest:

"This coming Monday, March 11, 2019, the buffoons of the #WESTBOROBAPTISTCHURCH (AKA the 'God Hates Fags' losers) are coming to our fair city of Richmond, VA. They will be at our state Capitol at 9 am, then over by VCU at 9:45, spreading their bizarre brand of hate mongering.

"Why? They are protesting my friend, a fairly elected member of the Virginia House of Delegates, Danica Roem -- Danica is an award-winning journalist, a heavy metal musician & all-around #RIPPER (who happens to be a trans-woman.) These 'Christians' are always picketing military funerals, Kansas City Chiefs football games, the funerals of people killed by natural disasters– their insane activities are too many to list.

"They even picketed at the funerals of #FredRogers & tried to find the funereal of #LeonardNimoy (but they failed- ha!) – WHO PROTESTS THE FUNERALS OF THOSE TWO GREATEST OF AMERICAN MISTERS, MISTER ROGERS & MISTER SPOCK?!?!? THEY EVEN PICKETED DIO’S FUNEREAL- oh, HELL NO.

"And these people are coming to MY TOWN?!?? They have left me no choice – in the name of all that is GOOD & JUST in this world, in the name of PUNK ROCK & HEAVY METAL, in the name of #MISTERROGERS & #MISTERSPOCK, IN THE NAME OF MY BELOVED FRIEND #DAVEBROCKIE (R.I.P.)… I COMMAND YOU TO JOIN ME FOR A COUNTER-PARTY!!!

"NOT a counter-PROTEST, because that would entail arguing with these idiots (which is USELESS), but a COUNTER-PARTY. I WILL BE BRINGING 100 KAZOOS- WE WILL HAVE A #KAZOO #CHAMPAGNEJAM. WE WILL PLAY THE “BENNY HILL” & “SANFORD & SONS” THEME SONGS. WE WILL DROWN THEM OUT WITH CHEAP BUZZING PLASTIC NOISE MAKERS. I will also be bringing a BRAND NEW 100 DOLLAR BILL as a CASH PRIZE for BEST COSTUME worn to the #COUNTERPARTY. A hundred kazoos AND a hundred dollar prize?!?? IT’S ALMOST TOO GOOD TO BE TRUE. So Monday, MARCH 11, 2019, 9 AM, VIRGINIA STATE CAPITOL- PUT ON YOUR CORPSEPAINT, YOUR RAINBOW WIG, YOUR INFLATABLE SUMO WRESTLER COSTUME. FLY YOUR FREAK FLAG HIGH! LET’S PARTY!!!!!"

According to the second photo in his post, Randy told the world that he has already ordered 100 plastic kazoos, so it looks like he means business.

This is certainly not the Westboro Baptist Church's first notably protest against a member of the rock and metal community. Last year, the group protested Fall Out Boy for reasons beyond anyone's comprehension.

Fans of Roem, Blythe, Lamb Of God, or hearty kazoo music should head to the Virginia Capitol Building at 9am this coming Monday, March 11th.