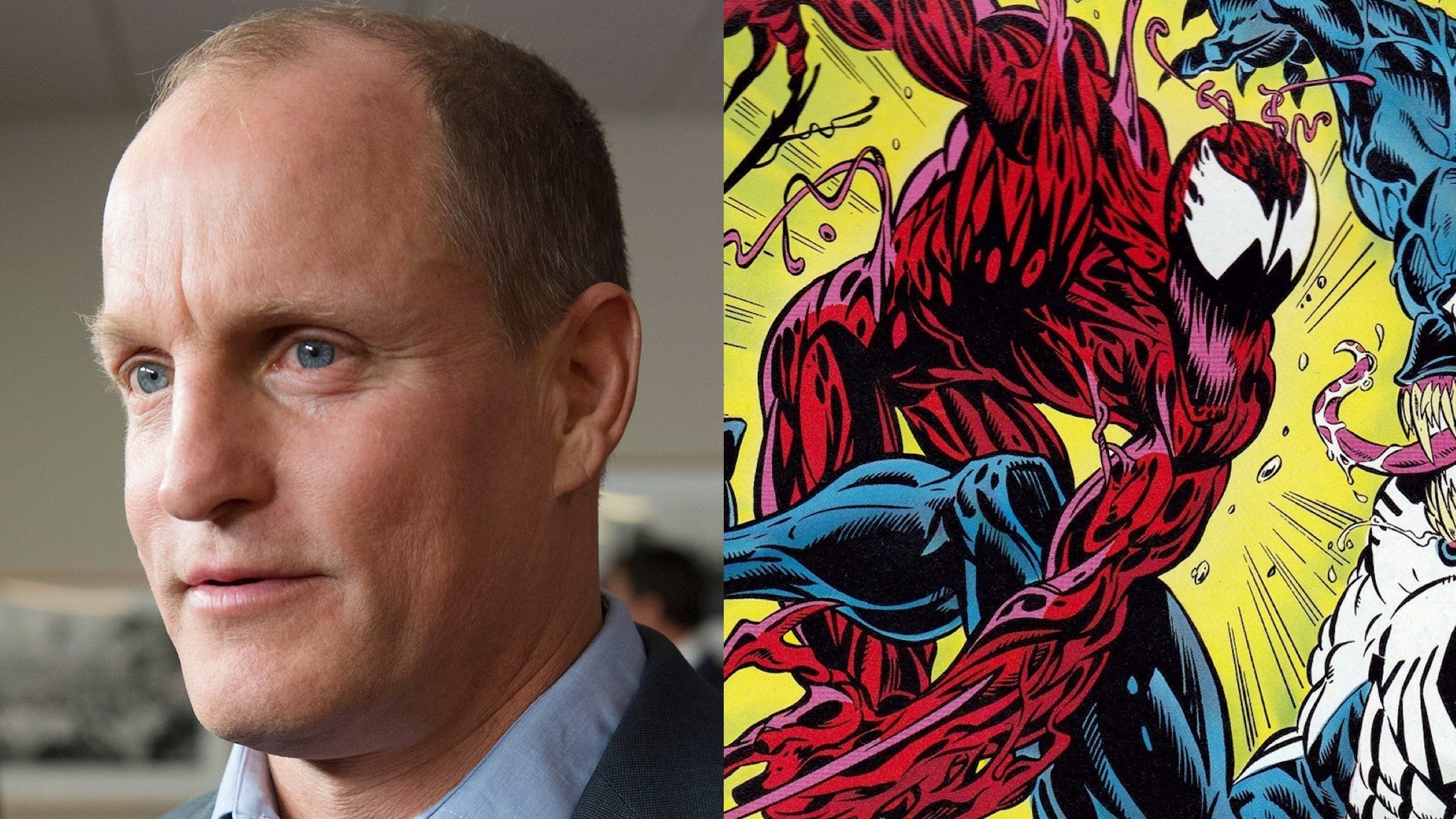 Marvel's 2018 anti-superhero movie Venom was a surprise box office success, grossing $855 million worldwide and paving the way for a whole new set of Marvel movies helmed by Sony. And it was hinted that Venom would be back for more in a sequel, teased in the post-credits scene where he meets the host of his offspring/nemesis Carnage.

Now, fans have gotten their first glimpse of Venom 2 with some leaked footage online. The video shows Woody Harrelson, as Cletus Kasady, also known as the supervillain Carnage, from the set of Venom 2. The video shows Harrelson as Kasady, being shot at but seemingly unharmed.

For those who may be unfamiliar with the comics, Kasady is a serial killer becomes host to a symbiote (a parasitic alien creature in the Marvel universe) known as Carnage, who is actually the offspring of the symbiote that creates Venom. Harrelson’s character first appeared in a post-credits scene in 2018’s Venom, but looked a lot different; in that scene, he had longer, curly red hair, while his hair is much shorter in the more recent videos.

Tom Hardy, who plays Eddie Brock/Venom in the movies, also posted a photo of Harrelson as Kasady on Instagram earlier this week, but took it down soon afterwards.

Venom 2 is slated for release on October 2nd. Tom Hardy will reprise his role, and Michelle Williams and Reid Scott will return as Anne Weying and Dan Lewis respectively. Naomie Harris is joining the film as Carnage’s partner and love interest Shriek. The movie is directed by Andy Serkis, who is best known for portraying Gollum in the Lord of the Rings films and performing the primate motion-capture work for Peter Jackson's King Kong and the newer Planet Of The Apes movies.

This will be the third movie in Sony’s Marvel Universe (not the same thing as the Marvel Cinematic Universe), along with Morbius and Venom. Morbius, starring Thirty Seconds to Mars frontman Jared Leto in the title role, will come out on July 31st.

Although Venom, Carnage and Morbius are all villains from the Spider-Man comics, it’s unclear whether Tom Holland as Spider-Man will appear in any of the upcoming movies, especially after disputes between Sony and Marvel last year that briefly halted any future Spider-Man films linked with the Marvel Cinematic Universe. Sony’s Marvel Universe, for the most part, is separate from Marvel Studios’ Cinematic Universe, except for the character of Spider-Man, of course.