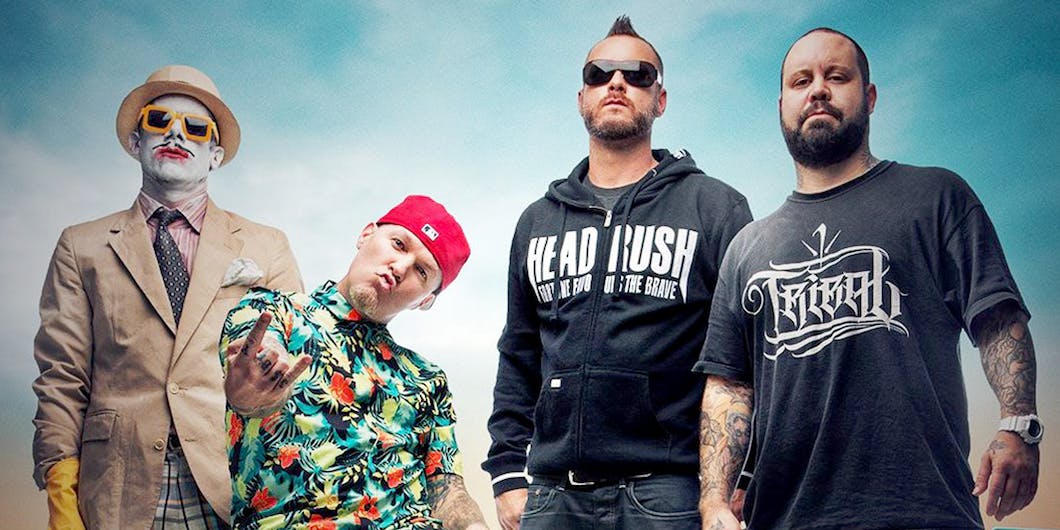 Following their triumphant live return at Lollapalooza last weekend, where the world saw Fred Durst’s new dad-chic look for the first time, Limp Bizkit have axed the rest of the dates on their summer U.S. tour, citing safety concerns.

“Out of an abundance of caution and concern for the safety of the band, crew and most of all the fans, the Limp Bizkit show this Monday and the remaining August tour is being cancelled,” the band said in a statement.

“Refunds are available at their points of purchase. All tickets purchased online will be automatically refunded.”

Freddy D then took to Instagram to address rumours that the reason for the cancellations was that guitarist Wes Borland has COVID. In a story, he said.

He also made reference to new song Dad Vibes, which they debuted at Lollapalooza. “Times2. we care a lot about you. To the six. ‘They’ can kiss it. Dad vibes coming soon.”

Work on the new Bizkit album is, according to Wes, almost done. They’re just waiting on Fred to do his lyrics. Speaking to Avenged Sevenfold bassist Johnny Christ on his YouTube channel Drinks With Johnny back in June, Wes revealed that they were just waiting for Fred's head to get in the game.

“We probably have 35 songs recorded instrumentally, and he’s done vocals on them and then thrown the vocals away — done vocals and then… ​‘Fuck this,’ thrown it away. So I think he’s finally at the point now where he’s gonna pick a set of these songs that he’s finally cool with and finish them, and we’re gonna finish the record. So, fingers crossed.”

Wes also touched on relationships in the band, how he and Fred differ artistically.

“I’m not in charge of Freds’s vocals,” he said. ​“I’m way done with my parts on the record. I’m sure I’ll go back in and play a little bit more after. But it’s fucking Fred Durst. He went from being a darling to everybody’s most hated person in the world. We broke up as a band. He’s tried to find his footing, I think, on a bunch of these songs. He’s so talented, and I love him so much as a brother, but if he’s not ready to do it, he’s not ready to do it.

“My whole thing is I force things, but I’m happy to make mistakes and get embarrassed and go, ​‘Oh, I shouldn’t have done that.’ But I just like to put stuff out. But he’s a perfectionist, so we’ll see when he’s ready to do it. I doubt it’ll be called Stampede of the Disco Elephants at that point. I will definitely say that the riffs and the music, it’s the best stuff I’ve ever done as a musician, I think. I’m so pleased with the direction the music went, and I love what we did as a band. And I’ve heard a bunch of his, sort of, demoed vocals over the stuff, and they’re great. So I have no doubt that he’s gonna come and bring it and it’s gonna be a great record.”

READ THIS: What it feels like to listen to Limp Bizkit for the first time