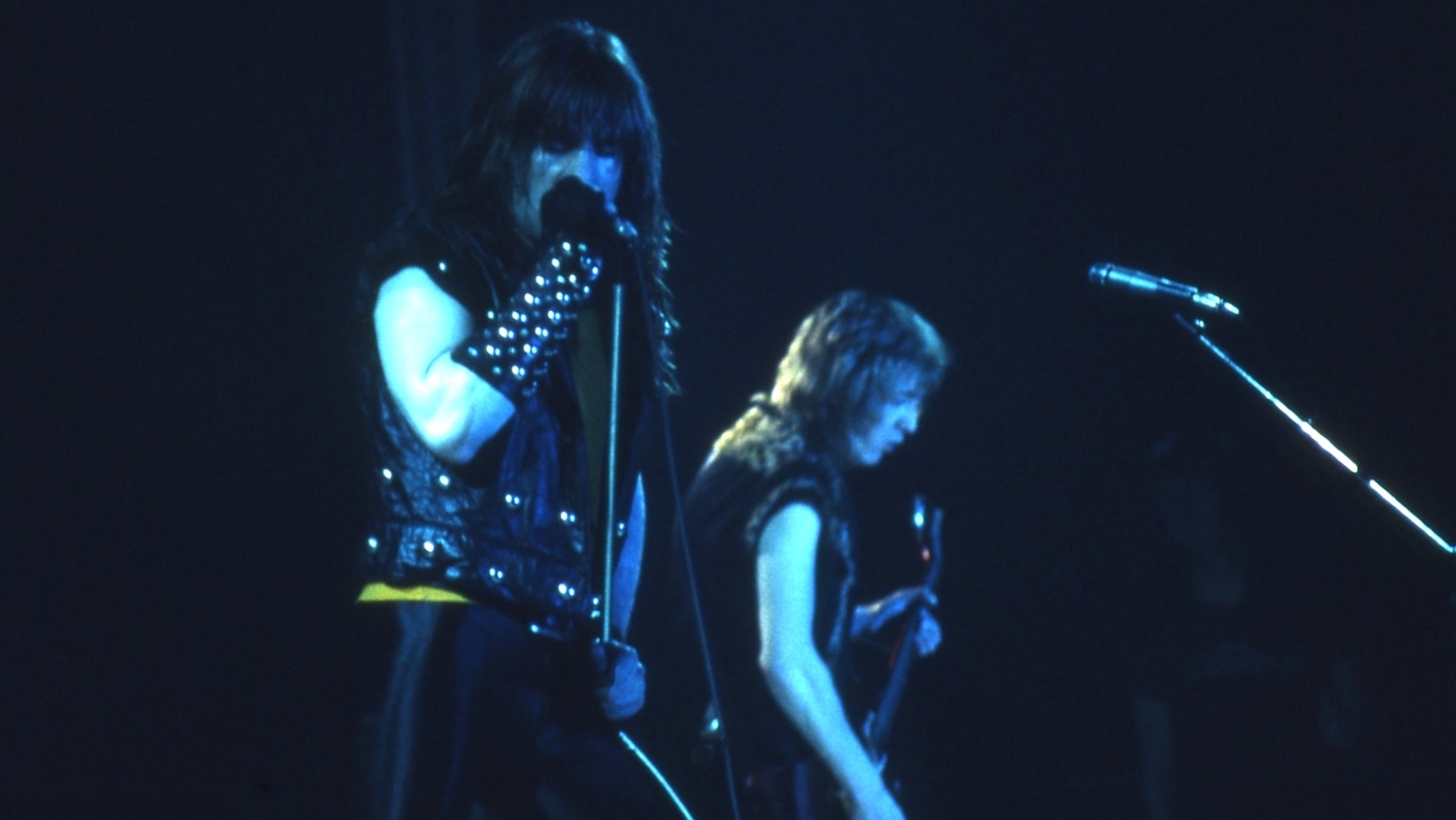 Though NWOBHM overlords Iron Maiden are best known for their work with soaring vocal dynamo Bruce Dickinson, it should be remembered that Bruce is the middle child of the band's singers, between original frontman Paul Di'Anno and latter-day vocalist Blaze Bayley. Subsequently, it only makes sense that Bruce had to get his job in Iron Maiden, a prospect that seems hilarious in principle but makes perfect sense. Now, our pals at Metal Injection have driven that reality home by digging up Bruce's original Iron Maiden audition tape from 1981, back when he was still in Samson and Maiden were getting ready to say goodbye to Paul Di'Anno.

As you'll hear on the tape, Bruce performs three early Maiden tracks -- Killers, Twilight Zone, and Wrathchild -- and makes a point of pulling out all the stops, adding a lot of enthusiastic YEAH's in to show just what he can do with his vocal range. But what's most uncanny about the tape is how much 1981 Bruce, who's not even in Iron Maiden yet, sounds like 2019 Bruce touring the world. It illustrates just what incredible shape this dude has kept his voice in over the years.

Rock out to Bruce's audition tape below:

In a recent interview discussing Iron Maiden's future, Bruce said, "“I don’t see any reason why we should ever retire.. As an airline captain, I was always told that nobody ever dies on an airplane. Even if the guy’s head is severed from his body, he’s not dead, because if the boss, the captain… If somebody says, ‘The guy’s head has fallen off.’ ‘Well, is he dead?’ ‘Well, he’s not dead until somebody legally says he’s dead.’ So, nobody dies until somebody stands up and says, ‘Yup. He’s definitely dead...It’s the same with rock’n’roll bands. We will never die. Even if we are actually dead, we will still never actually die.”