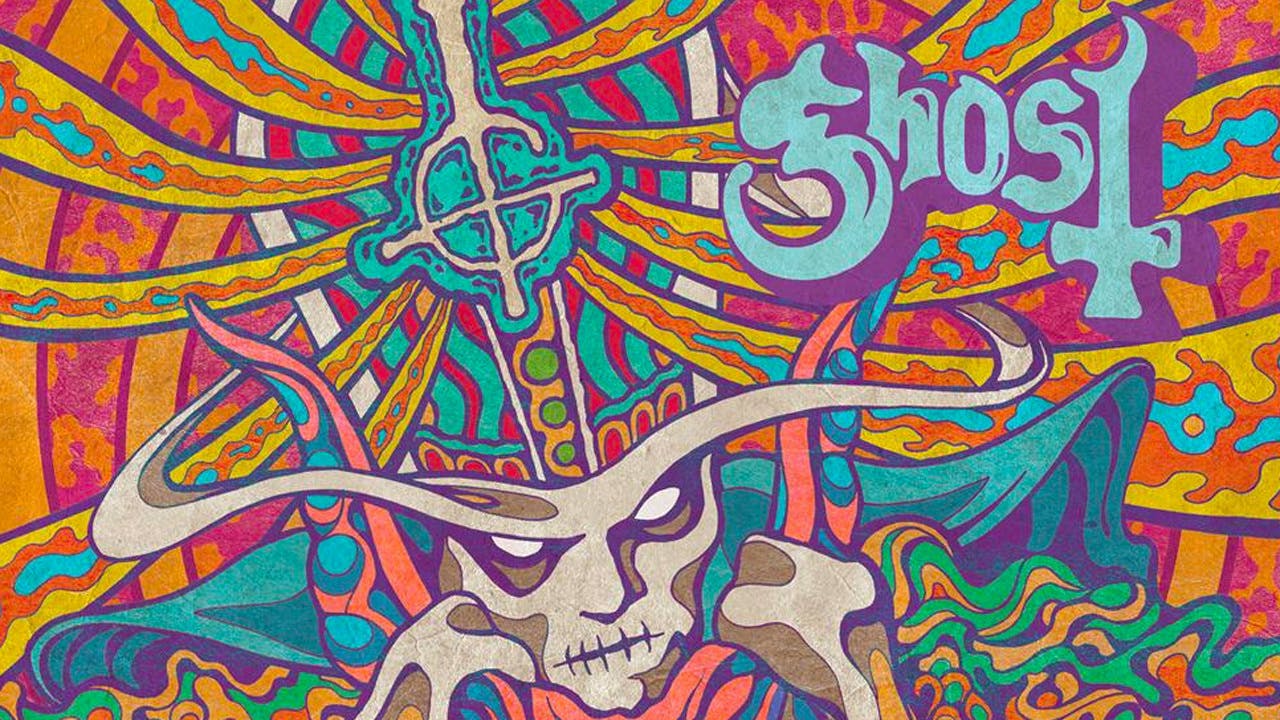 Yesterday, Ghost released a new video for their track Kiss The Go-Goat, which showed a swinging sixties era Papa Nihil tearing up Los Angeles with his then-young band. Today, the Swedish occult botherers have announced details of a new two-track EP titled Seven Inches Of Satanic Panic, which includes both Kiss The Go-Goat and other new track Mary On A Cross.

According to Ghost lore, in 1969 the band played their first ever show at The Whiskey A Go Go on Hollywood's Sunset Strip, fronted by Papa Nihil. The gig was a launch show for their Seven Inches Of Satanic Panic EP, their first release on Galaxy Recordings.

And now, 50 years on, the EP is available to stream. Physical copies will be released on September 27.

Ghost are heading over to the UK and Ireland later this year for a full arena tour. Get your tickets now.

READ THIS: Why music videos peaked in 1999

Ghost: “You have to destroy to rebuild, but that doesn’t mean you have to level everything into gravel”

With darkness, division and diabolical leaders everywhere, the world appears to be turning into one giant Ghost song. As they reappear with their new album Impera, we find Tobias Forge harking back to the Victorian age and finding it not so dissimilar. He takes us through the band’s fifth offering, and how their empire continues to grow…

Ghost announce Imperatour 2022, with support from Uncle Acid And The Deadbeats and Twin Temple.

From Opus Eponymous to Prequelle, we rank the greatest compositions from Ghost.