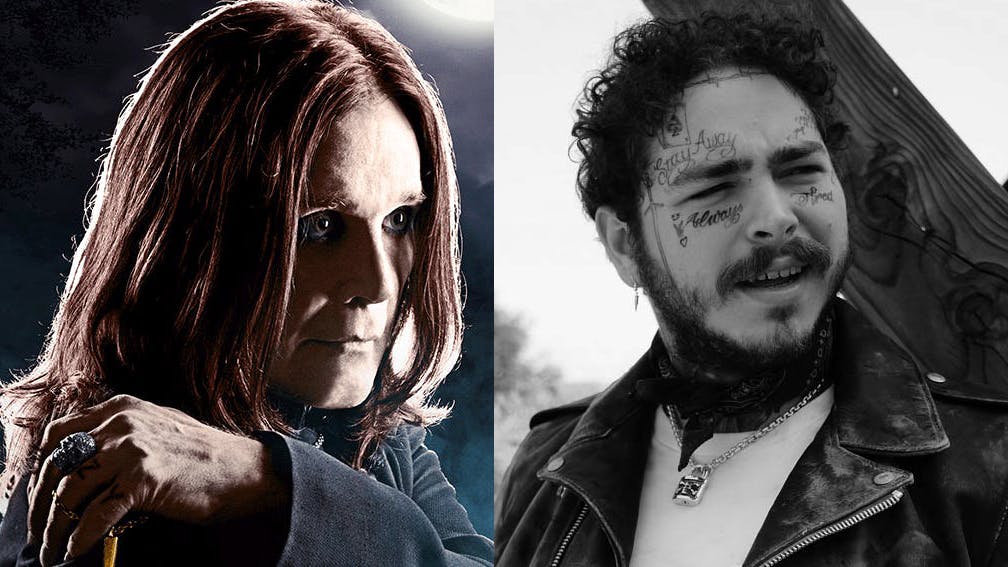 Earlier in the week, it was revealed that the mighty Ozzy Osbourne would be appearing on Post Malone’s new album Hollywood’s Bleeding.

Now, as the record officially sees the light of day today (September 6), the collaboration in which Ozzy appears – Take What You Want, also alongside Travis Scott – is available to listen to in full. And it goes without saying that it's bloody awesome hearing The Prince Of Darkness' vocals on the track.

On top of the Ozzy collab, Post has also worked with Halsey, Swae Lee, Young Thug, Meek Mill, Lil Baby and SZA on his third full-length.

Read this next: 10 rock collaborations you won’t believe happened

Stream Take What You Want below:

Last week, Ozzy discussed his rollercoaster 2019 which led to the cancellation of every date on his No More Tours II world tour.

“It’s been one of the most fucked-up years of my life. I broke my neck in January, I had pneumonia, I’ve had fucking blood clots – I’ve had everything this year,” said Ozzy, speaking on his SiriusXM show Ozzy’s Boneyard.

“It’s been an eventful year, to say the least. I have been in such pain.

“I was doing the farewell tour and it was going great. I was singing better than I have in years and I was really happy. I went home for a short break and I got two staph infections in two of my fingers. God knows how that happened.”

He continued: “That cleared up. Then I did the New Year’s Eve show at the Forum in Los Angeles. That was the last gig I did, because the following February, I went for a bathroom break in the night and lost my footing and I hit the deck like a fucking ton of bricks.

Read this next: The 10 best Ozzy Osbourne solo songs

“A few years back, I had a quad bike accident. I’d done some damage there, but they just patched me up. For the last 10 years, I’ve been getting electric shocks down my right arm.

“So when I fell down just after New Year’s Eve, it all caved in.”

The postponed No More Tours II shows have been rescheduled for 2020, with the UK and European leg taking place in from January to March – get your tickets here.