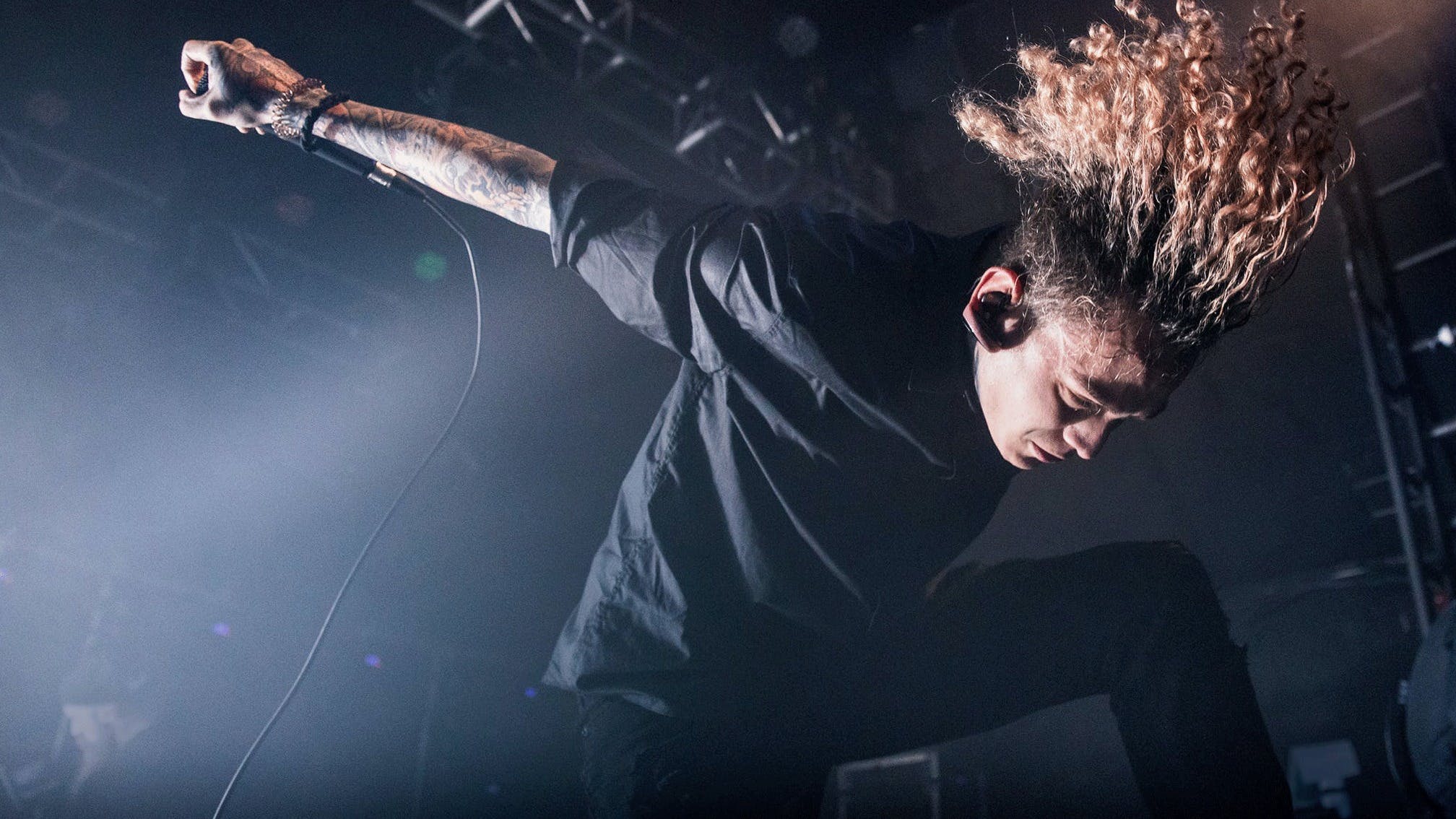 Deathcore is currently experiencing a moment. Lorna Shore may have intended to throw down the gauntlet with their brutal yet symphonically inspired EP, …And I Return To Nothingness last year. What they could not have predicted is that the demonic farmyard animal noises of recently-instated frontman Will Ramos on To The Hellfire would burn through TikTok, sparking viral reactions that would help push their streaming numbers into the millions.

What that means in real-world terms is this highly anticipated UK tour has sold out several times over. Tonight’s London show has been upgraded no fewer than four times, from an initial 250-cap sweatbox to Electric Ballroom’s 1,500-person hanger. Whether by design or good fortune, Lorna Shore are quickly becoming the spearhead of a new breed of experimental deathcore bands looking set to break cover – and they are primed to seize this moment with two bloody fists.

“It’s a pleasure to see so many of you here tonight,” greets singer Andreas Bjulver of openers Cabal, with a geniality that is quickly eschewed as both band and crowd dive headfirst into a blender of distended grooves and black metal ferocity. It Haunts Me churns up a sizeable circle-pit, but it really takes until Death March for the tightly-drilled Danish unit to loosen up and embrace the chaos. As Andreas leans into the crowd as if it were about to swallow him whole, the band’s rampaging energy ensure the leave lasting impression.

By comparison, Rotterdam-based sluggers Distant feel like a throwback to the grunt and slog often associated with deathcore’s energy drink-pounding adolescence. It’s not that the band can’t hold their own – their rumbling aggression capably steamrolls a crater-sized pit through the crowd – but their bull-headed approach feels behind the curve while their contemporaries take more risks.

There is a change in the air, though, as Lorna Shore take the stage and launch straight into …And I Return To Nothingess’ uncompromising 18-minute campaign of audacious savagery. Of The Abyss seems to swell and gasp between each virtuosic guitar break and concussive beatdown, while powerhouse drummer Austin Archey pushes the black metal hysteria of …AITR onwards with steely determination.

As the band expertly navigate shifts from death metal chug to symphonic melodies, it becomes clear that it is not merely intensity or hunger that sets Lorna Shore apart – both of which they have in spades – but a dramatic instinct that keeps the pit spinning tonight. It also helps that Will Ramos is a lightning rod presence, unrelentingly dragging this crowd through To The Hellfire and FVNERAL MOON without missing a glottal stop – whether screeching like a banshee or sounding like a pig snorting a wasp.

As if to ram their epic aspirations home, the bowel-quaking bass drops the band pepper during set closer Immortal could easily stand in for the vertiginous blares Christopher Nolan sticks in his films.

Love it, hate it, just don’t deny it: Lorna Shore are dragging deathcore kicking and squealing into the future.