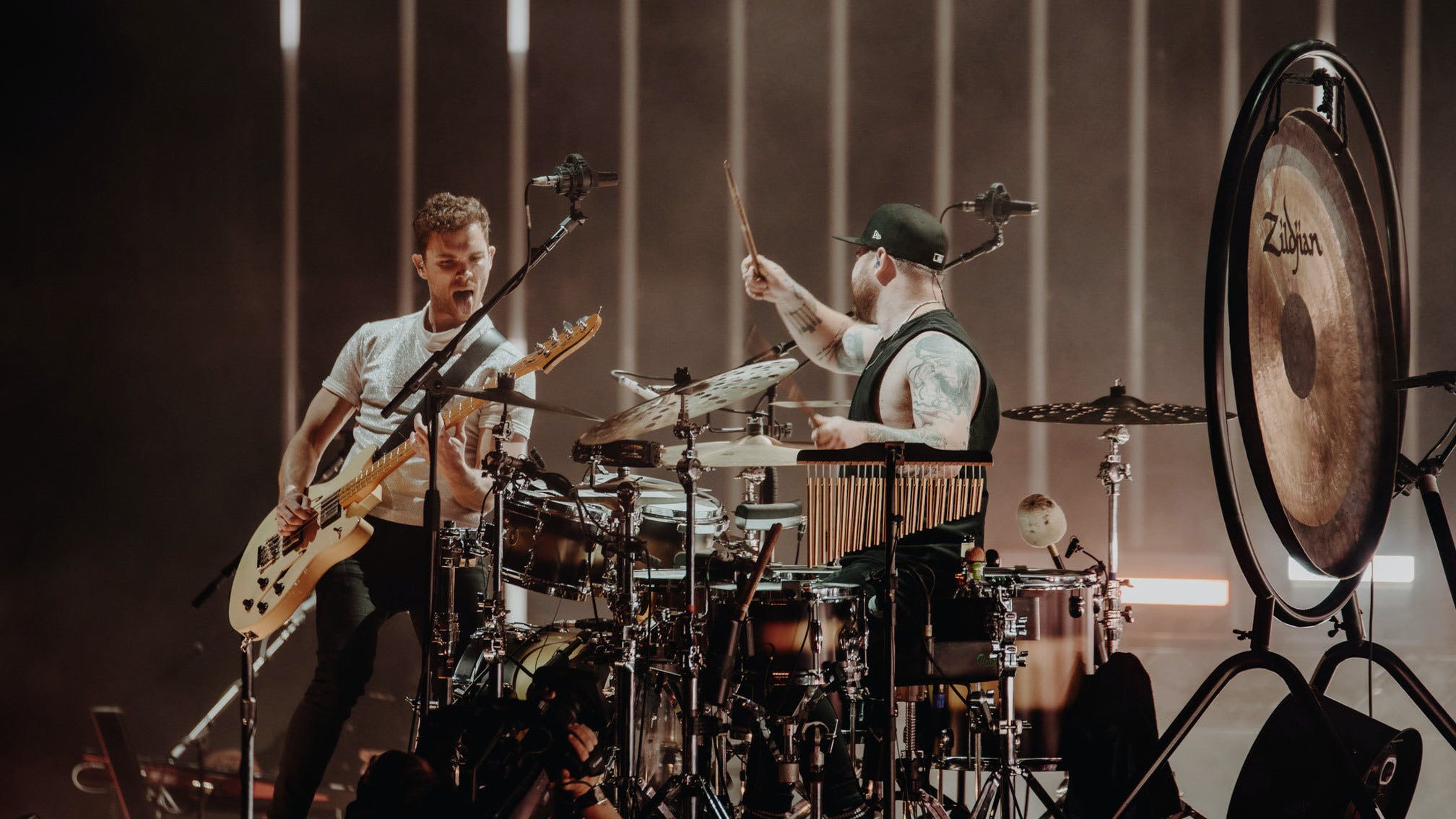 The bond shared by Royal Blood’s Mike Kerr and Ben Thatcher goes a lot deeper than just bandmates; they’re practically brothers. And tonight’s gargantuan show at The O2 in London shows that what these two started back in 2011 has taken them to the pinnacle of British rock. In essence, it’s one of the biggest gigs of their lives.

“About 10 years ago I asked Ben to be the drummer for my new band because he’s the best drummer in the world. Since that day you changed my life – I love you, man!” proclaims Mike after the duo have pounded their way through Troubles Coming, Hook Line And Sinker and Little Monsters.

As the pair fistbump after every break in play, the brotherhood these two share goes deeper than the music, and that energy expands across the crowd making this feel like a long-overdue family reunion. Opener Typhoons flexes it muscles with ease and reverberates around the arena like it was made to be played in such aesthetics. What follows is a set brimming with hit after hit, anthem after anthem, from the high-energy explosion of How Did We Get So Dark?, to the absolute mega-anthem Figure It Out.

When you’re on this fine form, it would be rude not to throw in a drum solo. Whilst Ben thrashes his kit, it becomes clear that it’s an instrumental we’ve all become familiar with over recent years: as a picture of Taylor Hawkins lights up the background, Ben takes his tribute a step further by playing one of the Foo Fighters legend’s very own drum solos. It’s a fitting tribute to a man who has heavily influenced this band – and undoubtedly the audience, too, who were left with a very large lump in their throat.

The exhilarating climax of All We Have Is Now, Ten Tonne Skeleton and Out Of The Black typifies what this band stand for: big, burly rock songs that create this humongous wall of pure anthemic noise. This is a fine-tuned machine, but still with all those gritty undertones of their early-day club shows.

While there have been years of hard work of graft and a trajectory only the youngest of rock bands could dream of, you still get the sense that Royal Blood are only just getting started. Venues like this don’t faze them; they play The O2 with an air of confidence that almost crosses the bridge to arrogance. But that’s by no means a bad thing – in fact, it’s to be admired. The prospect of selling out this arena is always daunting, but they shrugged it off and delivered an hour and a half of crunching rock numbers.

Now, the only thing left for them to do is get their name at the top of the biggest festivals, which, on tonight’s showing is a matter of when and not if.

Metal epic Sad But True gets the Royal Blood treatment for The Metallica Blacklist album.